WHITECHAPEL Pulls Out Of SOUNDWAVE Festival 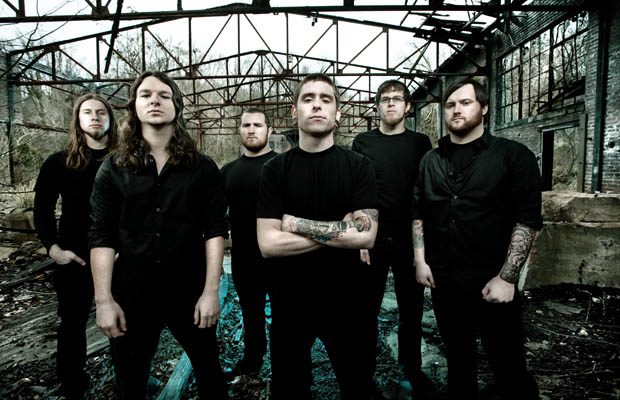 Knoxville, Tennessee death metallers WHITECHAPEL have canceled their previously announced dates in New Zealand and Australia — including their participation in this year’s Soundwave festival — due to the death of an immediate family member. The band apologizes to promoters and the fans for any inconvenience caused and asks for understanding at this time.

The remastered version of WHITECHAPEL‘s debut album, “The Somatic Defilment”, came out in April 2013. The band placed the CD in the capable hands of Audiohammer Studios producer Mark Lewis (THE BLACK DAHLIA MURDER, DEVILDRIVER) for a complete remix, along with a remaster by Alan Douches. The results are staggering and give “The Somatic Defilement” a modern luster up to the standards of the band’s most recent recordings.

WHITECHAPEL is currently on the road with GWAR, IRON REAGAN and A BAND OF ORCS.

The self-titled album from WHITECHAPEL was released in June 2012 via Metal Blade Records. The CD was engineered and mixed by Mark Lewis, who also handled production duties alongside the band. The artwork was created by Aaron Marsh of Forefathers Group with art direction provided by WHITECHAPEL.