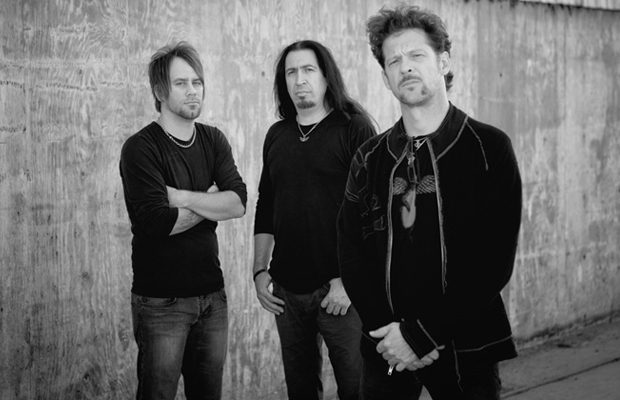 Update: Australian touring mogul and Soundwave promoter AJ Maddah has posted a message on Twitter saying that he is “trying to find NEWSTED and figure out what is going on.’ He added: “The band’s equipment just arrived in Brisbane so not sure what’s up.” He also wrote: “I can’t get hold of any of [Jason‘s] people. [I am] hoping that is because he is on the plane [on his way to Australia]!”

NEWSTED — the new band featuring former METALLICA, VOIVOD and FLOTSAM AND JETSAM bassist Jason Newsted and STAIND guitarist Mike Mushok — has posted a message on Facebook earlier today indicating that it will no longer be coming to Australia for the Soundwave festival, which begins in just a few days’ time.

The very short and simple message, which has since been deleted, read as follows: “The NEWSTED Band will not be appearing or performing live in February or March 2014.”

NEWSTED‘s cancelation follows MEGADETH‘s withdrawal from Soundwave earlier this month after a disagreement between MEGADETH mainman Dave Mustaine and the Soundwave promoters over NEWSTED‘s appearance on MEGADETH‘s “off” dates during Soundwave.

NEWSTED‘s debut album, “Heavy Metal Music”, sold nearly 8,000 copies in the United States in its first week of release to land at position No. 40 on The Billboard 200 chart. The CD was made available on August 6, 2013 in North America via Chophouse Records/Collective Sounds and August 5, 2013 in Europe through Spinefarm Records.