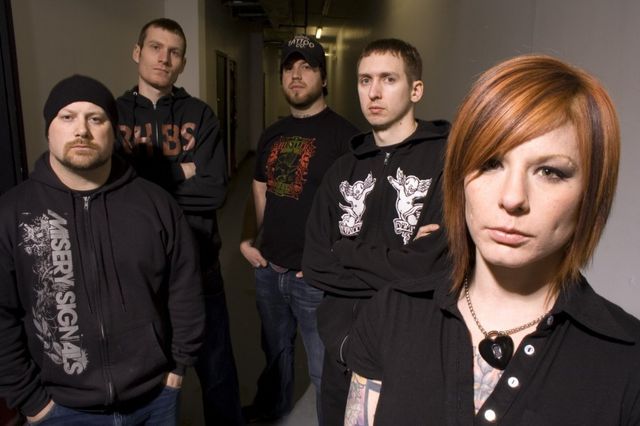 Detroit hardcore band WALLS OF JERICHO has uploaded the lyric video for a demo version of a brand new song, “Relentless”. Check it out below.

WALLS OF JERICHO will enter the studio soon to begin recording its fifth full-length album. The CD will follow up 2008’s “The American Dream”, (Trustkill Records), which sold around 2,400 copies in the United States in its first week of release. The effort debuted at No. 11 on the Top New Artist Albums (Heatseekers) chart, which lists the best-selling albums by new and developing artists, defined as those who have never appeared in the Top 100 of The Billboard 200.

“The American Dream” was recorded at Spider Studios in Cleveland, Ohio with Ben Schigel and Tony Gammalo.

WALLS OF JERICHO and Corey Taylor (SLIPKNOT, STONE SOUR) collaborated on an EP entitled “Redemption”. The CD, which was produced by Taylor, featured primarily melodic vocals and acoustic instruments.

Harold “Howie D” Herula of National Rock Review recently conducted an interview with WALLS OF JERICHO singer Candace Kucsulain and drummer Dustin Schoenhofer. You can now listen to the chat using the audio player below.