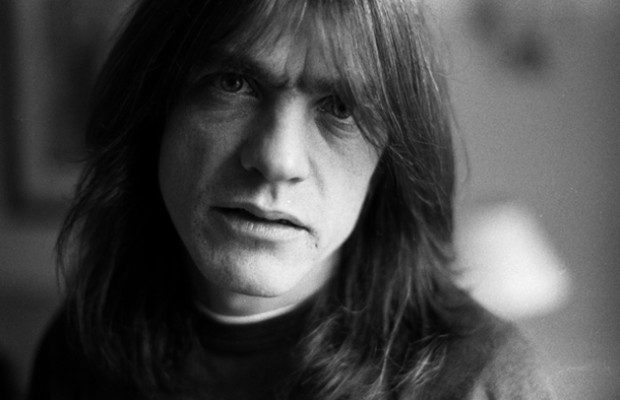 “After forty years of life dedicated to AC/DC, guitarist and founding member Malcolm Young is taking a break from the band due to ill health. Malcolm would like to thank the group’s diehard legions of fans worldwide for their never-ending love and support.

“In light of this news, AC/DC asks that Malcolm and his family’s privacy be respected during this time. The band will continue to make music.”

As previously reported, a musician who says he has been friends with AC/DC for “years” has corroborated reports that Malcolm Young is no longer able to perform with the band due to illness. Mark Gable, lead singer with the CHOIRBOYS, told ABC Radio Australia, “From what I understand, and it’s even been confirmed in part by his son Ross… It would appear Malcolm is unable to perform anymore. It’s not just that he is unwell, it’s that it is quite serious. It will constitute that he definitely won’t be able to perform live. He will probably not be able to record.”

Australian journalist Darryl Mason wrote that Malcolm suffered a stroke last month. According to The Age, a source who knows the Young family has said that Malcolm‘s condition has deteriorated so badly that his wife Linda and family were investigating full-time care for the guitarist. It is believed that Malcolm is currently having in-home care at his home in the Sydney area. He is said to be having difficulty remembering familiar faces and having increasing problems communicating.

AC/DC singer Brian Johnson has shot down reports that the band is retiring, telling U.K.’s Telegraph that the band is about to begin work on its 16th studio album. “We are definitely getting together in May in Vancouver,” he said. “We’re going to pick up some guitars, have a plonk, and see if anybody has got any tunes or ideas. If anything happens, we’ll record it.”

While the members of AC/DC are notoriously private, Johnson did reveal in a 2012 interview and in a February 2014 one that an unnamed member of the group had been ill — but whether that was Malcolm remains unclear.

Asked about the prospect of retiring one day, Johnson told The Pulse Of Radio that he would know when the time had come. “You know, retirement is like anything,” he said. “A good football or a good ice hockey player, they don’t want to retire. But unfortunately, sometimes there’s a time when you have to call it quits. I don’t want to do it, and if we can get out another album and do another little short tour or something, and have a bit of fun, well. I’m your man. I’ll be right there.”

AC/DC‘s last album was 2008’s “Black Ice”, one of the group’s most successful later albums, which was followed by a nearly two-year world tour.