Commented MADBALL frontman Freddy Cricien: “I shouted ‘Hardcore Lives’ on MADBALL‘s first release, ‘Ball Of Destruction’. I was twelve then. It wasn’t pre-planned or written down… It was an ad-lib that I just threw out there and we kept it!

“Back then, there was no choice, really, not the way we were recording — two-track live at Don Fury‘s… NYHC style!

“I feel the sentiment behind the expression still holds true today, maybe even more so. Hence the reason we finally chose to use it as a title. Sure, it’s about waving the flag for our genre/culture, etc.

“I’ve always felt that ‘we as a scene’ had to scream just a lil louder… to be heard! That said, ‘Hardcore Lives’, at least to us, is not just about a cool ‘catchphrase,’ it’s about that rebellious spirit that doesn’t give in… in life, music, whatever. It’s about growing, evolving, and maintaining your integrity in the process. It’s about family, overcoming adversity, and respect. All the things that matter inside and outside of the music realm. It’s for everyone and anyone with an open mind and heart.”

“Hardcore Lives” will be available as limited-edition digipak and on black vinyl, both including two additional bonus tracks: “The Beast”, which also appeared on 2012’s EP “Rebellion”, and “Spit On Your Grave”, from 1994’s landmark release “Set It Off”. Both tracks have been exclusively re-recorded for the inclusion on “Hardcore Lives”. The album will also include guest appearances by some of hardcore’s most notable singers: Scott Vogel (TERROR), Toby Morse (H20) and Candace Puopolo (formerly Kucsulain, WALLS OF JERICHO).

The song “Doc Marten Stomp” can be streamed using the SoundCloud widget below (courtesy of BrooklynVegan.com).

MADBALL recently took part in the fifth installment of the band’s renowned Rebellion tour with BIOHAZARD, DEVIL IN ME, WISDOM IN CHAINS and FINAL PRAYER. 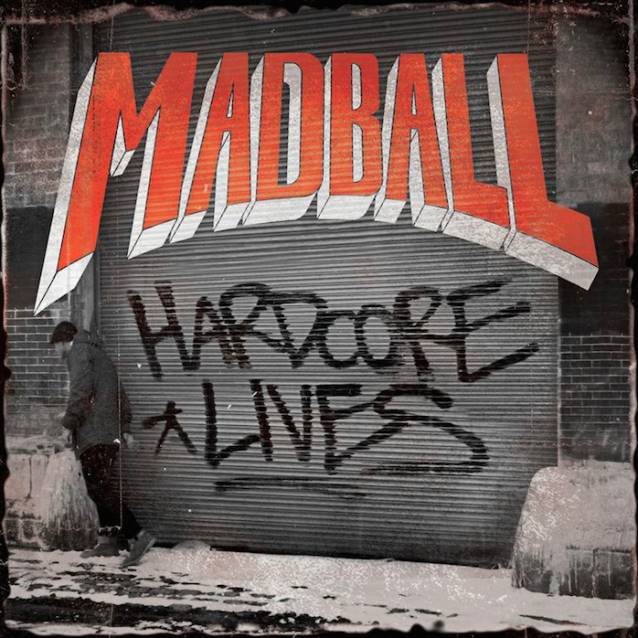