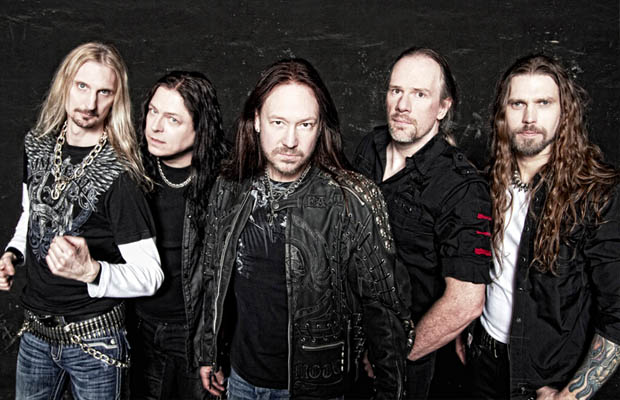 After taking a creative break last year, Swedish metallers HAMMERFALL are fully recharged and back with a vengeance. The band’s new album, “(r)Evolution”, will be released on August 29 in Europe and September 2 in North America via Nuclear Blast.

The first single from “(r)Evolution”, “Bushido”, will be released on July 18 digitally as well as on vinyl. The song sums up the band and its history perfectly, seeing as “bushido” means “the way of the warrior” in Japanese.

A: Bushido
B: The Way Of The Warrior (remixed by Fredrik Nordström)

The artwork for “Bushido” was created by Samwise Didier and can be seen below.

“(r)Evolution” represents yet another reunion of sorts for HAMMERFALL, who hired cover artist Andreas Marschall, the “father” of HAMMERFALL‘s mascot Hector, to design the artwork for the new CD.