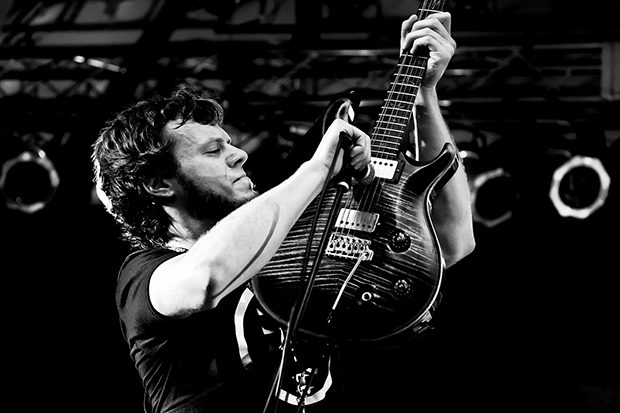 Guitarist Emil Werstler has decided to leave CHIMAIRA after a three-year tenure with the band.

Werstler spent the first few months playing bass for CHIMAIRA, but switched back to his original instrument in 2012 following the announcement that guitarists Rob Arnold and Matt DeVries were leaving the group at the end of 2011.

Emil, best known for his gypsy jazz-infused guitar playing with LEVI/WERSTLER and DÅÅTH, has issued the following statement about his departure:

“My time in CHIMAIRA has, unfortunately, come to an end. It is time for me to move on as I continue to focus on harvesting my abilities as a musician.

“I’m very fond of everyone in the band and wish them all the best in the future.

“Although this was a difficult choice to make, I feel it was necessary in order to take the next step in my career. The best is still yet to come and I’m very excited for the multiple projects I am working on.

“I would like to thank the band, management, and, most importantly, all the fans for the endless support and understanding.”

Werstler is featured on CHIMAIRA‘s seventh studio album, “Crown Of Phantoms”, which sold around 7,400 copies in the United States in its first week of release to land at position No. 52 on The Billboard 200 chart. The record arrived in stores on July 30, 2013 via eOne Music.