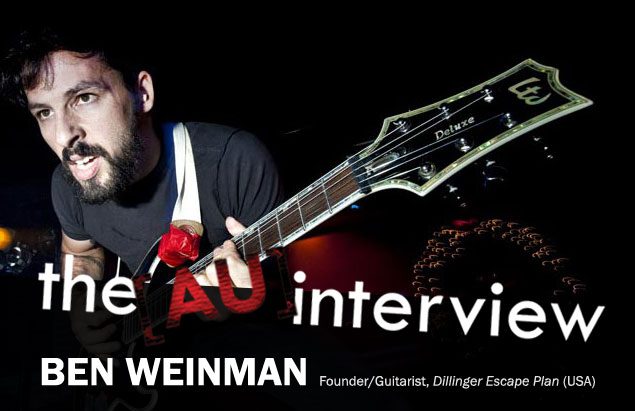 As previously reported, MASTODON will be the musical guests on the September 15 episode of “Jimmy Kimmel Live!” The band will perform several songs on the show’s outdoor stage in front of a standing-room-only crowd.

“Jimmy Kimmel Live!” airs every weeknight (11:35 p.m.-12:37 a.m., ET) and features a diverse lineup of guests that include celebrities, athletes, musical acts, comedians and human interest subjects, along with comedy bits and a house band.

MASTODON‘s sixth album, “Once More ‘Round The Sun”, sold around 34,000 copies in the United States in its first week of release to land at position No. 6 on The Billboard 200 chart. The record arrived in stores on June 24 via Reprise Records.

THE DILLINGER ESCAPE PLAN has collaborated with rapper Jarren Benton on a song called “Rage” as part of the Converse CONS EP series, where artists who might not ever cross musical paths are invited to step into Converse Rubber Tracks studios and mix it up.

Converse Rubber Tracks is a state-of-the-art recording studio that opened on July 13, 2011 in the Williamsburg neighborhood of Brooklyn, New York. The studio provides emerging artists with the incredible opportunity to record music in a high-quality studio at no cost.