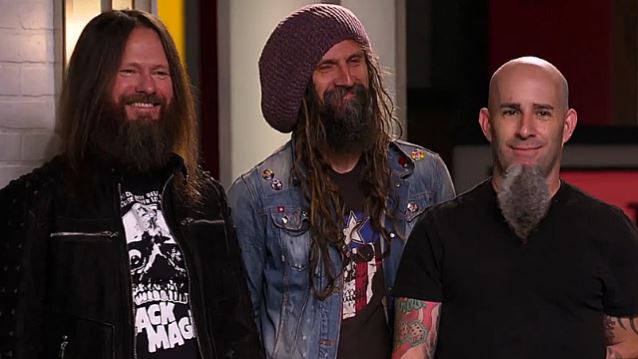 “Top Chef Duels” pits 18 of the best, boldest and most talked-about personalities from past seasons of “Top Chef” and “Top Chef Masters” for a “battle royale” in the kitchen. Two chefs face off every episode in a series of three head-to-head challenges and the winner moves on to the finale where one chef will win $100,000. The series is hosted by celebrity chef Curtis Stone.

Episode description: “Two all-stars known for their tempers face off and angle for redemption in front of rock star judges. When two chefs known for their tempers face off, it is bound to get hot in the kitchen. First, Dale challenges Tiffani to relive a past failure of hers in preparing dim sum. Then Tiffani counters with a contest based on an American canapé and classic cocktail. For the duel, featuring guest judges Rob Zombie, Scott Ian and Gary Holt, the chefs must prepare a vegan meal and service will get hard core as one chef will be rocked. These ‘Top Chef’ all-stars are out to prove that the third time’s the charm.”

Check out a trailer for tonight’s episode below.