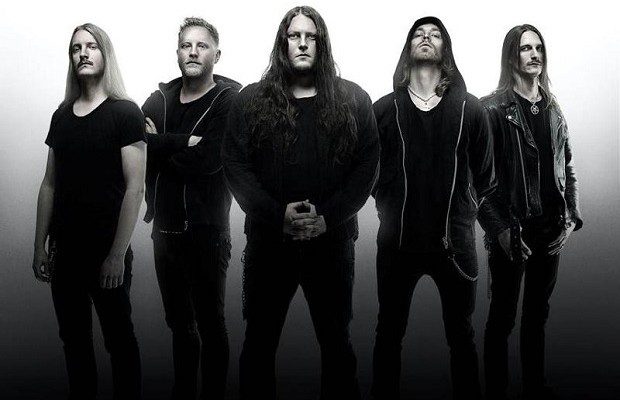 “Last Fair Day Gone Night” features the rock/metal masters at their glorious best with this electrifying set from London’s esteemed Koko venue, with the band’s captivating performance captured on DVD with accompanying double audio disc of the whole concert. This special set also includes a full and extensive documentary charting the early days and subsequent rise of the prolific Swedes, as told in the words of band masterminds Jonas Renkse and Anders Nyström.

Recorded during a series of special celebratory shows to mark the band’s 20th anniversary during 2011’s “Last Fair Day Gone Night” tour, founding members Nyström and Renkse are joined by drummer Daniel Liljekvist, plus guitarist Per Eriksson and bassist Niklas Sandin, for an exhilarating evening fuelled by a rich and extensive set of KATATONIA tracks both past and present. Also includes a special 10th-anniversary performance of the landmark 2001 album “Last Fair Deal Gone Down” in its entirety. Sleeve artwork comes courtesy of long-time collaborator Travis Smith.

The “July” performance clip from “Last Fair Day Gone Night” can be seen below.

Drummer Daniel Liljekvist in April announced his departure from KATATONIA. He explained in a statement: “It’s got nothing to do with ‘difference in views’ or any other bullshit. I just cannot combine job, family and commit 100% to KATATONIA. Times for musicians are rough and I’ve decided to concentrate on my family and get a normal job that gets the bills paid.”

KATATONIA recently parted ways with guitarist Per “Sodomizer” Eriksson due to “a difference in views on the band’s current operative as well as last year’s decision from Per to permanently live in Barcelona.”