“When The Stillness Comes”, the first new track from SLAYER in nearly a year, will be available as part of Record Store Day on April 18, it is announced today by SLAYER and Nuclear Blast.

The song, accompanied by a live recording of ‘Black Magic’, from the band’s 1983 album “Show No Mercy” and recorded live at the 2014 Wacken Open Air Festival, will be available as a limited-edition (only 5000 copies worldwide), 7-inch vinyl picture disc exclusively at all participating independent record stores worldwide. Log onto www.recordstoreday.com for the list of stores.

SLAYER – Tom Araya, Kerry King and Paul Bostaph – recorded ‘When The Stillness Comes’ last year in Los Angeles with producer Terry Date. Currently, the band is in the final stages of recording what will be its first new album since 2009’s Grammy-nominated “World Painted Blood”, which is expected out later this year. 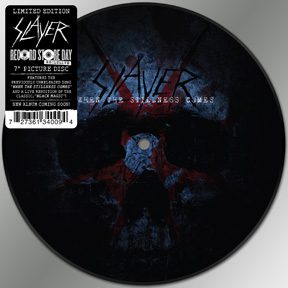 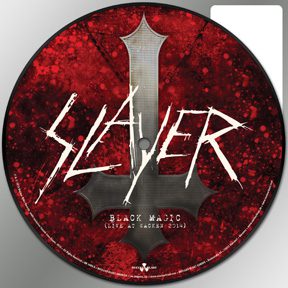