Dutch metallers, EPICA ,announced the track list of “The Holographic Principle”, which is due out on September 30th via Nuclear Blast.

Guitarist, Mark Jansen, commented on the concept of the album:

“The Holographic Principle” deals with the near future, where virtual reality, allows people to create their own worlds, which can’t be distinguished from ‘reality as we know it’. This raises the question whether our current reality could be a virtual reality in itself – a hologram. The lyrics, challenge you to reconsider everything you took for granted and to be open-minded towards recent revolutions in science. Nothing appears to be what it seems in our holographic universe.”

01. Eidola
02. Edge Of The Blade
03. A Phantasmic Parade
04. Universal Death Squad
05. Divide And Conquer
06. Beyond The Matrix
07. Once Upon A Nightmare
08. The Cosmic Algorithm
09. Ascension – Dream State Armageddon
10. Dancing In A Hurricane
11. Tear Down Your Walls
12. The Holographic Principle – A Profound Understanding Of Reality 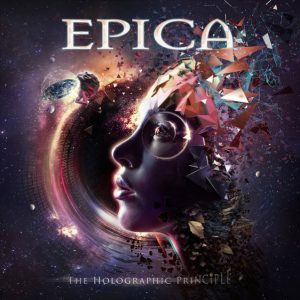