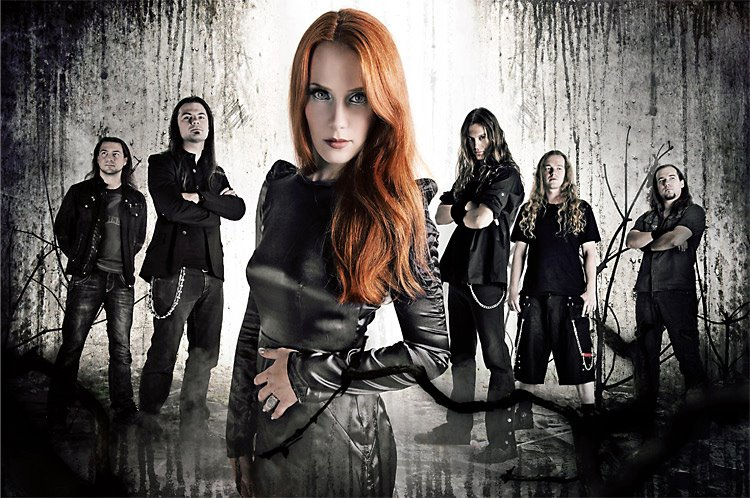 Their latest album, “Requiem For The Indifferent” has gained some really good reviews, and Epica are now touring the world for its promotion. Metalpaths had the chance to have a talk with keyboardist Coen Janssen about the new album of course, their extensive touring, the band’s new bassist and more.

How is the tour going so far?

The tour has been great so far. The audience have had the time to get to know the new songs by now and I think they like them bcause everybody is singing along during the shows.

You are continuing with Europe now, and in autumn you’ll be back to the US. How do you like it there?

It is a bit different from Europe but it has its charm as well. Conditions are not as good as over here, for instance some venues don’t have a backstage and shower and sometimes there is only one toilet for everybody in the whole building but we are still growing there and things are getting better and better.

I’ve heard many times that the audience there is quite different from the European one. Do you think that applies? How do you see them?

I think that it is not so much in the US, more in southern America and Latin America. People in the US are kind of like the Northern Europeans, a bit colder than the southern ones.

Let’s go now to Epica’s latest album. How have the fans accepted the “Requiem For The Indifferent”?

It has been accepted great. As I said before, people have had the time to get to know the album and I think that is necessary with our music because it has a lot of different layers and our songs are not very short… But after a while you get the songs and then you can hear how we really meant it.

In what ways do you find it different from your previous releases?

Some things have been worked out better than ever. For instance the guitar riffs and the oriental sounding orchestration. There is also a keyboard-solo which we haven’t done before. 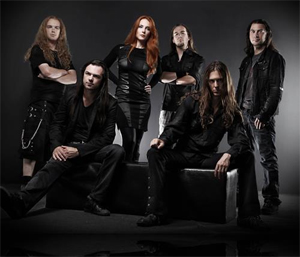 It’s a very ambitious album and it sounds more complete than the others. Would you agree with that? Do you believe that the fact that Isaac is for the first time fully involved in the writing process has something to do with it?

Yes that is very true. With Isaac we had some fresh look at the music and that is always good. Mainly in the guitar-parts we have made a huge leap forward, of course because of Isaac.

I understand that Mark and Simone write all the lyrics. What happens with the music? Do you contribute all equally?

We all write stuff and we all have stuff that isn’t used in the end. Some write more than others but everybody works on the music, whether original or expanding the parts of others.

Last year Simone did a lot of touring with Kamelot. Did that affect the writing and recording process of “Requiem For The Indifferent”?

Not so much, we only had to schedule the recordings with that in mind. We write our music through the internet anyway so if someone is at home or on the road, doesn’t make much difference.

What was the biggest challenge for you in this album?

For me it was the choirs. I always write the choirs but it should be better everytime of course. It is always a challenge to try to make it your best work. Hopefully I succeeded.

Do you have a personal favorite song from “Requiem For The Indifferent “?

Depends if you are talking about playing live or listening to it. To play live I like the heavy songs better because it has more energy. I would choose Internal Warfare or Deter the Tyrant as favourites. To listen to I like the ballads or more expanded songs more like delirium or Serenade of Self-Destruction with it’s beautiful mid-piece.

Can you tell me what happened with “Serenade Of Self-Destruction” and the instrumental track ended up in the master record?

Well, that is what happened. The Instrumental version ended up on the final master. This is a terrible mistake but it remains just a human error. You can’t do anything against that but it is still very sad that it happened.

For “Requiem For The Indifferent” you released the teasers layer by layer, starting with percussions. Why did you choose to promote the album in this unusual way?

We wanted to do something special. It is a way to get noticed but it was also a good way to let the real fans hear how our music sticks together. You can hear every layer added so you can learn a lot from it. We also had people sending us their versions of the guitars when only drums were released and that was really cool to hear. Fans making the effort and sending it to us, that is what we like about this business.

The band’s new bassist, Rob van der Loo, how is he adapting?

He is adapting great. Of course we all knew him (from MaYaN and other bands). He is a great bass-player and fits in the group very well.

How did you end up choosing him to replace Yves Huts?

He was the one at the top of our list and he said yes immediately, so we didn’t look further. Understand that he is one of the best bass-players around! So no need to get into a tiresome audition fase…

This year is the 10th anniversary of Epica. You were there from the very beginning till now, that Epica have reached high levels. How do you feel about being in this band for these 10 years and seeing it evolve?

I feel very honoured that the fans have allowed us to grow into what we are right now. Of course it is hard work but it is the best job I could imagine. It is great to have seen it grow from a small band to what it is right now. I am very proud that I am a part of this and hope to be for at least 10 years more.

Have you thought about doing anything to celebrate this anniversary? Like releasing something or doing something special in any of your shows?

We are planning stuff already but first we have to promote our new album and tour the world. But be sure that we are going to celebrate, it is not nothing nowadays to be able to do this for 10 years.

What are your plans for the future?

Epica is one of the most successful symphonic metal bands nowadays. What would you advice new bands that are starting in this genre?

You should stick to your own music, don’t try to score a “hit” since it will never work like that. I learnt that people like you better if you are true to your own style (and that is probably what you do best anyway). Furthermore, get as much experience by playing live as much as you can!

Now, before we close this interview, I would like to ask you one more thing. You’ve been to Greece a few times in the past. What’s your best memory?

My best memory was my honeymoon in Rethimnon, Crete. But after that it is the warm welcome we get during our shows. And of course the Greek food! hahaha

Thank you very much for your time. You may close this as you will.

Thanks for the interview! We play in Athens on the 26th of May and in Thessaloniki on the 27th! Hope to see all Greek fans there.