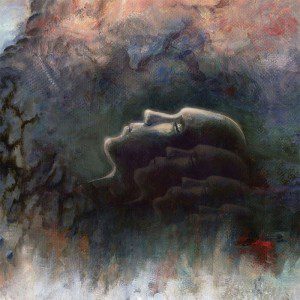 It seems like metal bands are playing with their original sound now more so than ever. Sweden’s Morbus Chron (four musicians in their early 20s) are a product of our times. In 2010, they surfaced onto the Swedish death metal scene, releasing one demo and on their debut “Slippers in the Rift” nailing the scraping guitar tones, asphyxiating atmospherics and signature clawing riffs carved by Carnage, Entombed, Dismember etc. back at the dawn of the ‘90s.

Having a unique psychedelic artwork “Sweven“, their second LP is much more expansive and experimental, with labyrinthine song structures that allow the band to venture down more than just one “Left Hand Path”. The biggest compliment that can be placed upon Morbus Chron, is that they have managed to avoid sounding pigeonholed on this album. Progressive rock/metal, math rock, black metal and pyschedelia (Coroner style), and of course death metal all find their place in their music, without grating against each other.

To further enhance the flow and compositional singularity there are placid interludes placed at the end of some songs, where the music pairs back to the bones of a guitar plucking mesmeric yet simple melodies, giving a Rush-y element to the overall sound and a concept style outcome.

Morbus Chron’s music is controlled yet wildly adventurous, and dare I say, more mature. “Maturity” is a misunderstood term, especially when it is referred to a review of an extreme metal album/ band. But it describes Sweven to the maximum—an album created by a band that actually has NO artistic boundaries besides themselves. Excellent!!!