Tribute: “The Art of War: Sabaton”

It all started back in 1999 in Falun, Sweden when three members of a band called “Aeon” left to create something new. Guitarist Rickard Sundén, bassist Pär Sundström and drummer Daniel Mullback joined forces with guitarist Oskar Montelius and singer Joakim Brodén. The birth of Sabaton wouldn’t be long and the team formed back then would be the same for thirteen years.

A year later the band was ready to record its first material, and this time they turned to Tommy Tägtgren who was to play a part in the creation of the Sabaton sound, and together they recorded the band’s demo compilation “Fist For Fight” that was released by Underground Symphony later that year. In 2002, Sabaton returned to Abyss studios and Tommy Tägtgren to record their debut album “Metalizer” that was to be released later that year, but there was a change of plans. Underground Symphony decided to withhold the recordings for a while. After two years of waiting and many live performances, Sabaton abandoned the idea of releasing “Metalizer” as the debut and started working on new material.

With a new record company behind them, Black Lodge Records, Sabaton returned to the Abyss Studios and Tommy Tägtgren and recorded their first full-length album, “Primo Victoria”. It was 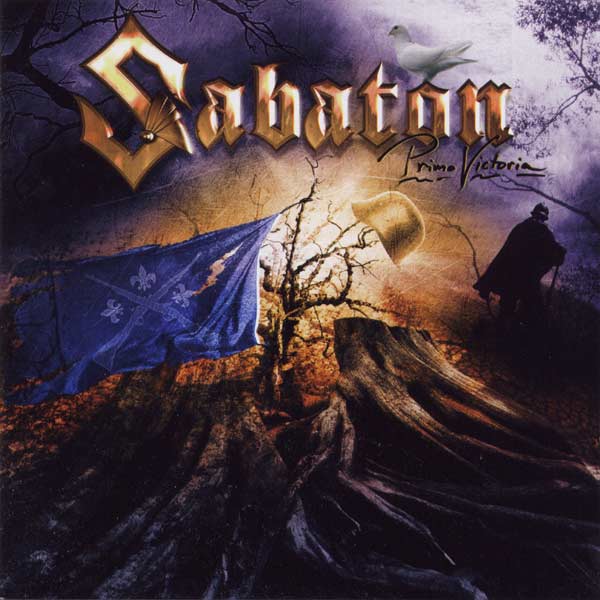 released in March 2005 and it undoubtedly set high standards for Sabaton. “Primo Victoria” forged the path that most of the following albums would follow. Melodic, mid-tempo parts, music catchy as hell, with lots of keyboard and pounding riffs. And of course lyrics inspired by historical battles; from World War II to the Gulf War and the Vietnam War. Songs like the title-track, “Reign Of Terror”, “Panzer Battalion” and “Into The Fire” are considered the classics of Sabaton and during the live shows they cause havoc to the crowd below.

This year, another addition was made to the line-up, immediately after the recording of the album. Daniel Mÿhr was recruited for the keyboards to relieve Joakim Brodén from these duties.
“Primo Victoria” proved to be for Sabaton the ticket that would make them known outside Sweden and the first lives abroad were just around the corner.

“Primo Victoria” had shown the way and Sabaton were not to lose any time. As soon as they finished with the lives, they were back in studio for the second full-length album

. Halfway into 2006, “Attero Dominatus” was released. “Attero Dominatus! Berlin is burning! Denique! Interimo! The Reich has fallen” is the first lines we hear and it is enough to have you fired up for the second attack. Sabaton had another successful album in their hands, as it was expected to be since it resembles “Primo Victoria” a lot. Actually, some say that the only real difference is that Daniel Mÿhr is now behind the keyboards.

The time had also come for the first European headline tour, and even though it wasn’t very long, it was so successful that another one was added right after the first leaving only enough time for the band to jump back to Sweden and do 3 shows with Eurovision winners Lordi before getting back on the road again. The Attero Dominatus tour continued in Sweden, and in 2007, it was followed by another major European tour. This time Sabaton supported Therion and Grave Digger and the tour reached into places where Sabaton had never performed before. 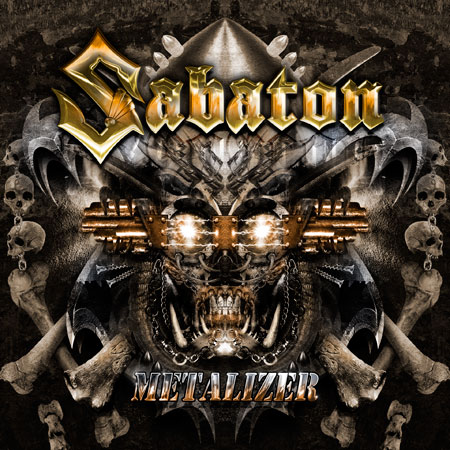 and Black Lodge Records were successfully completed. Sabaton had now the chance to release this album, five years after it was recorded.

“Metalizer” is not your typical Sabaton album, for the main reason that you will not find any modern warfare lyrics in it. Instead, the band turns to the biggest heavy metal stereotypes. Vikings, Christians and the Second Coming, bikes, demons and even Lord Of The Rings, everything is in it. Music wise, Sabaton didn’t change much, but they certainly added speed and since they don’t deal with war here, the music sounded less dark. “Metalizer” is one of these albums that divide the fan base. Many liked the lighter version of Sabaton and the change in the lyrics, which made the album more fun. The rest rejected it because, let’s face it, Sabaton equals battle lyrics. And judging from the follow ups, Sabaton noticed this, too.

The Art of War

During late 2007, Sabaton performed little in order to focus on the creation of the next album, “The Art of War” and in January 2008 they returned to the Abyss studios.

The album was based on the over 2500 years old writings of Sun Tzu, conveniently named The Art of War and the songs on the album follow the same formula and deal with the same subjects as the corresponding chapters of the text. Cleverly enough, they inserted at the beginning of each song some spoken parts with the principles of Sun Tzu.

Again, Sabaton offer nothing new here. Just simple power metal, with catchy melodies to which you can sing along and an interesting background for the lyrics. This recipe has proven successful and Sabaton follow it faithfully. When the single “Cliffs of Gallipoli” was released, it hit the Swedish singles chart hard and reached number one instantly and sometime later sold gold in Sweden.
The album “The Art of War” was also a great success for the band and it received great reviews from all around the globe, it was honored with a Swedish Grammy nomination.

Sabaton were once again on the road, this time with Hammerfall and Dragonforce. But it was also time for another album. By the end of 2009, Sabaton asked for the help of their fans to send them ideas of battles and the fans responded massively. “Coat Of Arms”

was on its way and the band decided to take the next big step and joined the Nuclear Blast family. With this album, Sabaton returned to their traditional, battle themed songs. World War II again at the doorstep of Greece, England and Poland, the Finnish-Soviet War and some other battles formed “Coat Of Arms”, which would stand side by side with “Primo Victoria” and “Attero Dominatus”. Unfortunately, it paled in comparison with the other two. There were of course some great moments in it. The title-track, “Uprising” and “Screaming Eagles” certainly did the job and they had you up and headbanging from the start. The rest of the songs were not as inspired and it really made you wonder how many albums based on battles alone can a band make, without even adding new elements to its music? Sabaton had to win this challenge in the two following years.

The years after “Coat Of Arms” were really productive for Sabaton. The “re-armed editions”, as they called it, of their previous works saw the light of day; touring, touring and touring again;

the live album “World War Live: Battle Of The Baltic Sea”; singles and compilations. And of course the preparation of the next opus. An ambitious one it would be. Sabaton cooperated with the Swedish historian Bengt Liljegren and the result was “Carolus Rex”, an album dedicated solely to the Swedish Empire during the 17th and 18th century. And to add a bit more to it, apart from the English edition, they also made an entirely Swedish one. The album opens with a somewhat mellow orchestral melody before the first song enters; a clever idea really, as it makes it sound very impressive. In addition, Sabaton decided to have another surprise for their fans, so in the special editions you can listen to Amon Amarth’s “Twilight Of The Thunder God”, Status Quo’s “In The Army Now” and Rammstein’s “Feuer Frei!”. In the end, the fans’ verdict was that Sabaton won the challenge and released another good album, which only leaves promises for a brighter future.

Sabaton are marching on

Year 2012 and Sabaton, with a good album at hand, stood before another major time in their course. Just before the official release of “Carolus Rex”, four members decided to part ways, leaving only Joakim Brodén and Pär Sundström to continue with Sabaton. Fortunately, the new members were found quickly and so we have Chris Rörland and Thobbe Englund on guitars and Robban Bäck on drums. The ongoing Swedish Empire Tour has shown us so far that this team could really be a successful one. Because Sabaton is a band with future; the progression of their albums shows that. It would be a shame to let line-up instabilities mess it up. And we are talking about a future that Sabaton themselves have created. They managed to revive power metal once again.