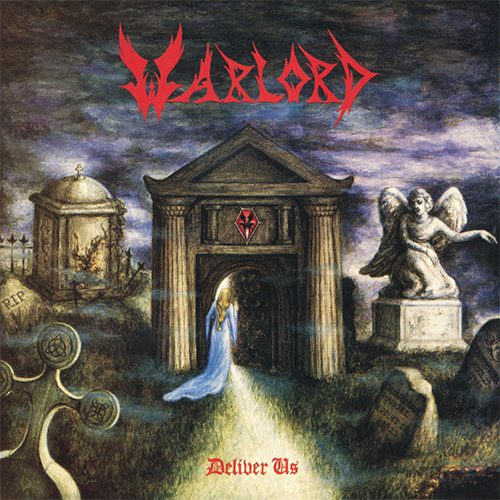 Year 1983. Heavy metal classics like “Piece Of Mind” (Iron Maiden), “Kill Em All” (Metallica), “Into Glory Ride” (Manowar) and many more see the light of day, all masterpieces. Among these titans of heavy metal comes a release from a heavy/power band called Warlord coming from Los Angeles, California.

In a time that glam/sleaze and later thrash metal fan base was growing more and more, playing heavy/power metal in a place like Los Angeles could be only assumed as a joke. Yet these guys managed to release some of the best songs in the genre. Their songs reminded a lot of NWOBHM combined with an epic approach and a slightly progressive touch that made their sound so unique.

Despite the undeniable high musicality and quality that this EP and the band in general had, they never managed to move the number of fans they deserved. A legend was created around the band’s name especially in the “underground” circles and gradually the name Warlord gained enormous prestige, admiration and respect. InGreece, Warlord was always adored as a band, and I think that one of the reasons is that Bill Tsamis is Greek. This fact drove many Greek metalheads into discovering out what this band is all about musically. To get an idea of the size of the band’s name here in Greece, when I started listening to metal music in mid to late 90’s, Warlord was one of the first bands that I got to know as a name before I’ve even listened to their music.

In my opinion, the biggest trump of this band at that time was their first singer, Jack Rucker (Alkana) a.k.a. “Damien King I”, a singer that matched perfectly with Warlord, with a fantastic voice that disappeared as his career when he left the band. Tsamis wonderful guitar playing is also memorable with melodies that once you listen to them they stuck in your head forever. Zonder’s bombastic drumming gives another perspective to the rhythm and Diane Kornarens (Sahara) a.k.a. “Sentinel” with her beautiful keyboard parts creates a mysterious atmosphere in these six marvelous songs.

Deliver Us From Evil

As the wind blows some acoustic guitar notes fill the room, a thunder and then Zonder plays one of the greatest marching rhythms ever recorded in heavy metal music while Tsamis lifts the song even higher, the lyricism of Damien King I is astonishing, and Sentinel creates a war atmosphere with the keys. One by one, to the swords to the guns, Two by two and away we go… Definitely, one of the best epic heavy metal tracks. Still gives me the chills whenever I hear it.

If “Deliver Us From Evil” is full melodies and lyricism, then what can I say about “Winter Tears”? The song speaks about a woman that died and how difficult it is for the man that was left behind to continue his life. The guitars in combination with the keyboards make the song sound ever more depressive, while Damien King gives you the final hit.

Child Of The Damned

“Child Of The Damned” is the most dynamic song of the album and probably of all their career too. Some keyboards and acoustic guitar parts open this song and then Zonder plays one of the most characteristic drum breaks in heavy metal while giving the reins to Tsamis and his fantastic guitar skills. It’s my personal favorite of the album and in my opinion one of the best songs ever written in heavy metal history. I’m just a child of the damned…

Penny For A Poor Man

In songs like this one you can hear the diversity of the band. Maybe it was the progressive element that was always present, may have been the perception of music that the band had in mind, I don’t know. Once again an unbelievable performance by the whole band and especially Damien King who sings with passion giving his 100% in what I would call a very demanding song.

In the first few seconds “Black Mass” reminds of “Deliver Us From Evil”, mid tempo song with tons of epic feel and sound showing the way and in fact has nothing to envy of nowadays “epic” metal songs. It’s just remarkable how a band with less means, can sound more decent than most of present bands with over-polished productions.

Last song is “Lucifer’s Hammer” that has the same epic feel even though it’s a bit faster and more dynamic than “Black Mass”. Grandiose playing and interpretation by this magnificent band that makes you smile and just push the repeat button and hear it over and over again. Save us from ourselves…