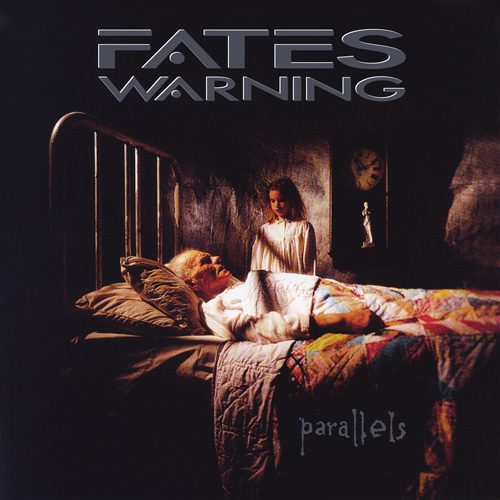 Just a few days before Fates Warning hit the stage in Greece with their two headlining shows in Thessaloniki and Athens I was called to make a tribute to the musical heritage this band has given to the fans all these years. I will try not to be sentimental in this article but what is music, if not emotions? I have to mention that I’m fond more of the Ray Alder era that I think is the band’s “best card” in their musical carreer. I won’t say that everything they‘ve done is a masterpiece but the truth is that records like “Parallels” and “A Pleasand Shade Of Gray” are not just good records for rock and metal music, its a consignment in music in general. I first listened to Fates Warning back in 1999 and I think the album was “A Pleasand Shade Of Gray” that I got by one friend on tape. I was on my first steps as a prog fan and what I heard was far away from what I could expect and obviously wanted more. Good times back then… We were listening to whatever we could find, no internet, downloads or youtube… just what you could find from friends, older guys and magazines etc. We absorbed every note like a sponge. Don’t get me wrong. I was lucky enough to live the revolution in music after the millennium and I like more of that period cause of its freedom. But I think these first years were crucial for me in learning to love music. Maybe Fates Warning among some other pretty cool bands played their role.

So then I listened to “Inside Out” and after that I think someone gave me “Parallels” CD. So many years went by and I can’t remember who actually gave it to me but I still remember the first time I heard it in my CD player. I tend to attach albums or music in general in periods of my life. “Parallels” somehow fitted perfectly in that period of my life. I worshipped it. It may be the album that I heard the most when it comes to Fate Warning along with “A Pleasand Shade Of Gray”. You know when an album fits yours ears from the first time you hear it. Some albums need more attention but this one got me from the first listen. I don’t know what it is, I can’t describe it but it happens with all of my favourite music. “Parallels” is not a prog metal, at least not with the typical prog form. Its music is less complex so it’s easier to listen to than other records they’ve done. It‘s probably the album with their most commercial music or If I could say the album with a lot of fan favourites. The lyrics are fantastic, emotional and some times even poetic. The music is so progressively simplified that even someone that is not into metal music could hear it. It’s like the band decided to play as simple as it can be, while keeping their standards as musicians, so that the listener could understand the concept of the album. It has some of their best songs ever like “Eleventh Hour” and “Point Of View” and shows the emotional side of Fates Warning in its entirety from its first to last second. Some of the best performances were recorded in this album. “Ray Alder” was in his best shape ever, singing some of the most melodic vocals ever conceived in the genre. “Jim Matheos” and “Frank Aresti” is a perfect guitar couple with Jim composing some of his most emotional stuff and Aresti being technically flawless in his guitar parts. “Joe DiBiase” is more than just noticeable with his tremendous bass parts and is making the perfect groove along with “Mark Zonder”, whose scientific rhythms on the drums are simply clever though not losing in technique.

After 22 years “Parallels” seems so well-timed and fresh than many new releases that I sometimes wonder if these guys were able to imagine what impact this record would have after all these years back then. It is one of the best prog (at least) metal albums out there and one of the best Fates Warning ever composed. Every song in this album is a well hidden gem in the history of metal music. It’s the best way for someone to start listening to prog or simply to someone that wants to hear some really good music. It’s sad that it never had the chance to bigger audiences as it deserved. But that’s how the story goes.
And the road goes on forever….