Spotlight: Abbath – The Story Of The Child Of The North

In a few days, ABBATH will visit Greece as part of his European tour for the promotion of his new solo record. Having split up with Immortal and after a numerous legal battles over the name of the band Immortal, Abbath continues to compose music and express his artistic vision. But who is Abbath, the child of the north and Norway? This article is about to inform you all you need to know about Abbath, his years in Immortal and his personal records.

Olve Eikemo’s story (or Abbath, the stage name he is best known with) begins with OLD FUNERAL, a death metal band found by Abbath and Tore Bratseth. The band featured many famous guitars, such as Varg, but disbanded afterwards and AMPUTATION came next. AMPUTATION was formed by Abbath, Demonaz and Jorn and disbanded, as well, shortly after. It was time for IMMORTAL to be created, this time by Abbath, Demonaz and Armagedda.

IMMORTAL are considered one of the most influential black metal bands of all time. Their debut record, with Abbath on bass and vocals, Demonaz on guitars and Armagedda on drums, was released in 1992. Its title is ‘Diabolical Fullmoon Mysticism’. One year after, their second record ‘Pure Holocaust’ was released, with Abbath on drums without him to take any official credits. If someone needed to analyze the specific two records would say that the first two IMMORTAL records open the doors for death metal to influence black metal. The mix of the sound POSSESSED created along with BATHORY for example can be easily noticed and IMMORTAL seemed to combine early death metal’s brutality with the cold-blood sound of black metal and its pioneers. 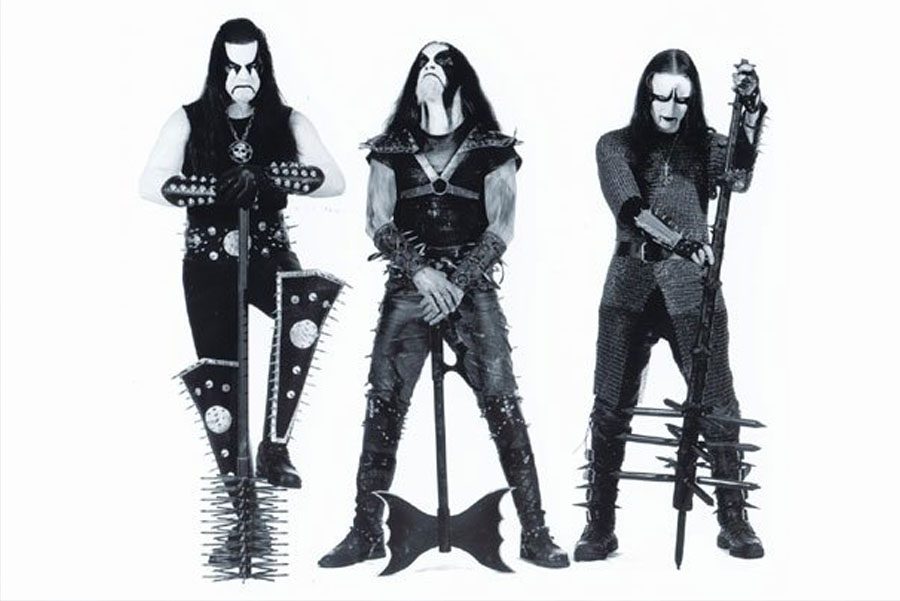 As far as the lyrical themes are concerned, IMMORTAL always favored nature. They created cold landscapes, full of snow, despair and loneliness, making them adorable for the pro-pagan fans, who considered the humanity totally connected with nature. While the other black metal pioneers of that era were focused on damaging Christianity, Demonaz’s lyrics were focused on Blashyrkh, a world he created to unfold there whatever Immortal needed to talk about. With music that seems black and white, the lyrics of Immortal color those pages with the light blue of ice.

In 1995 ‘Battle of the North’ is born and this time IMMORTAL are a duo, with Demonaz and Abbath to be the remaining members of the band. However, in the specific record, IMMORTAL was influenced by the speedy black metal, mixed with thrash, as MAYHEM did also in their career. The riffs became more aggressive than ever and the drumming more technical as well. ‘Blizzard Beasts’ followed after ‘Battle of the North’ embracing the same style of black metal. Only this time, we seem to find a darker production, more organized and close to the late 90’s style of death metal and black metal.  Horgh is also credited as the drummer in the specific record, leaving Abbath only for the vocals and the bass. ‘Blizzard Beasts’ as well as ‘At the Heart of the winter’ are considered the band’s most full records till now and the peak of Immortal’s career. 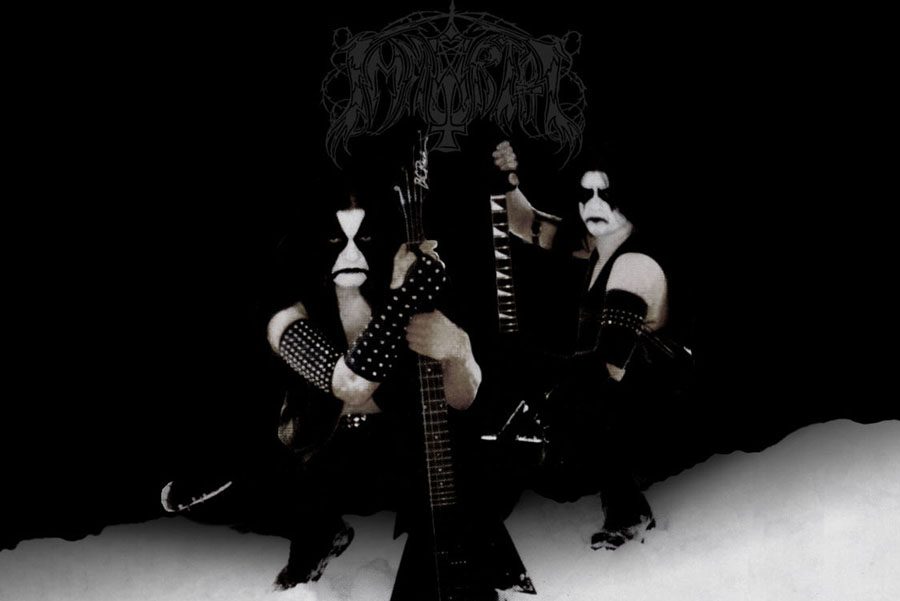 Due to acute tendinitis, Demonaz was forced to abandon guitars and continued as the band’s lyricist and manager. Abbath was the one who tried the position of the band’s main guitarist and vocalist as well. He also recorded the bass and ‘At the Heart of the Winter’ was released in 1999. The band opened the new millennium with their most favorable record till today, an experimental one, with the band to produce an aggressive, cold sound, with harsh vocals that tend to remind death metal rather than the classic black metal ones.

Two more records, ‘Damned in Black’ and ‘Sons of Northern Darkness’ followed, with the band introducing Iscariah for the very first time as the band’s bassist. ‘Sons of Northern Darkness’ is the physical continuation of ‘Damned in Black’ and the experimental blackened sound the band used on those records, being considered as the last one true Immortal record. The band split up right afterward so as its members to relax and take some time away from Immortal and whatever the band stood for. 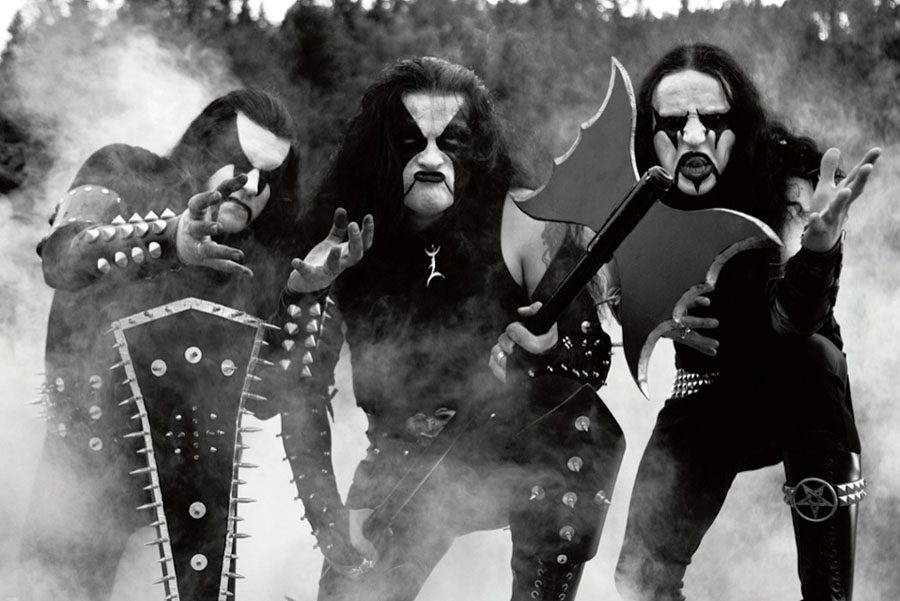 The band made their official reunion back in 2007, with Apollyon, AURA NOIR’s bassist, to have joined Abbath and Demonaz. The band released a reunion record titled ‘All Shall Fall’, which embraced their previous style of black metal, without offering something entirely new. IMMORTAL kicked off their tour pretty soon, only to end up in court, in a rival between Abbath and the rest band’s mates. Abbath lost and this led to his isolation out of Immortal and the beginning of a new era of his life, with a solo band and fresh ideas.

Besides IMMORTAL, Abbath was never a dull spirit. He loves music, loves to compose and used to be active in many solo bands. Back in the 90’s, Abbath created BOMBERS, a tribute band to MOTORHEAD, along with previous members of OLD FUNERAL and PUNISHMENT PARK. The band never released something of their own. 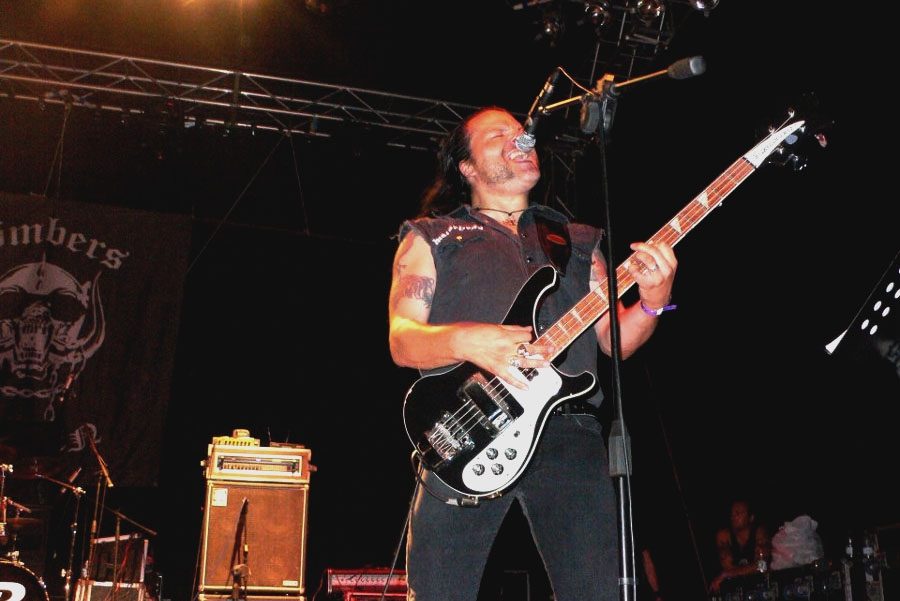 The very first time IMMORTAL took some time off and splitted up, Abbath along with IMMORTAL’s Armagedda, King ov Hell of GORGOROTH,  Arve Isdal of ENSLAVED and Demonaz created a new band called I. ‘I’ was not a black metal band, but it is rather the very first time we have a chance to hear Abbath singing heavy metal, influenced my MOTORHEAD, SAXON and all the NWOBHM pioneers. Their debut record, ‘Between Two Worlds’ offered numerous of hit-songs and is characterized by Abbath’s harsh vocals, close to Lemmy’s singing style, the fast tempos, the guitar solos and the old-school heavy metal feeling. However, the specific band ended the way it started; fast and without any shots fired. 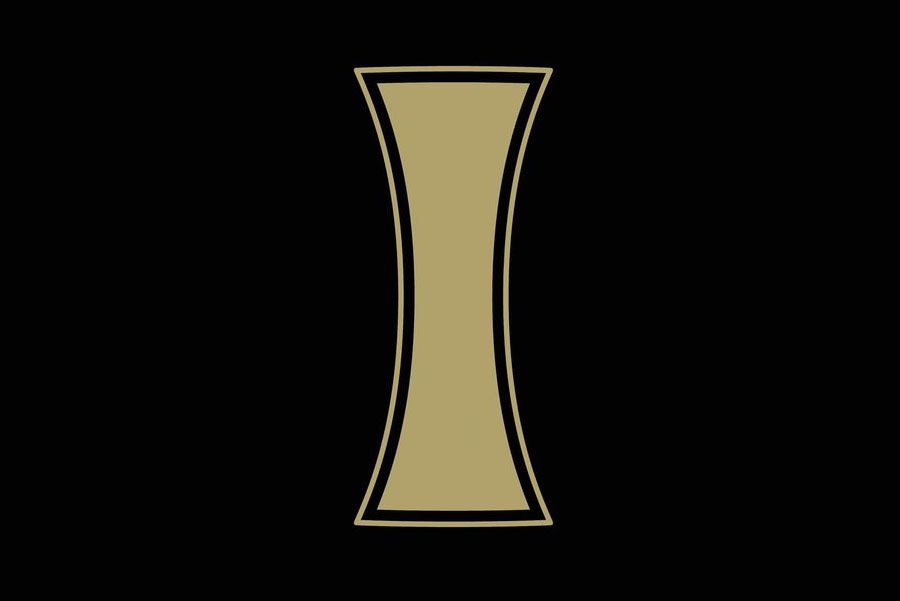 Right after the second split of IMMORTAL and the legal battles over the band’s name, Abbath created a black metal band under his own name along with King ov Hell of GORGOROTH. In 22th of January, ABBATH will release their debut record, a black metal record which streams already online and will remind the fans a lot of IMMORTAL’s nineties era.

So why after those legal battles with IMMORTAL, after all those fights, would someone watch Abbath performing on stage? I would answer that question without mentioning anything obvious about Abbath’s talent, just by highlighting the fact that Abbath is a true child of black metal and he along with other musicians created the specific music genre and characterized it. IMMORTAL, Abbath or whatever name his project may take, Abbath continues to deliver pure black metal, cold-blooded and the way we loved decades ago. 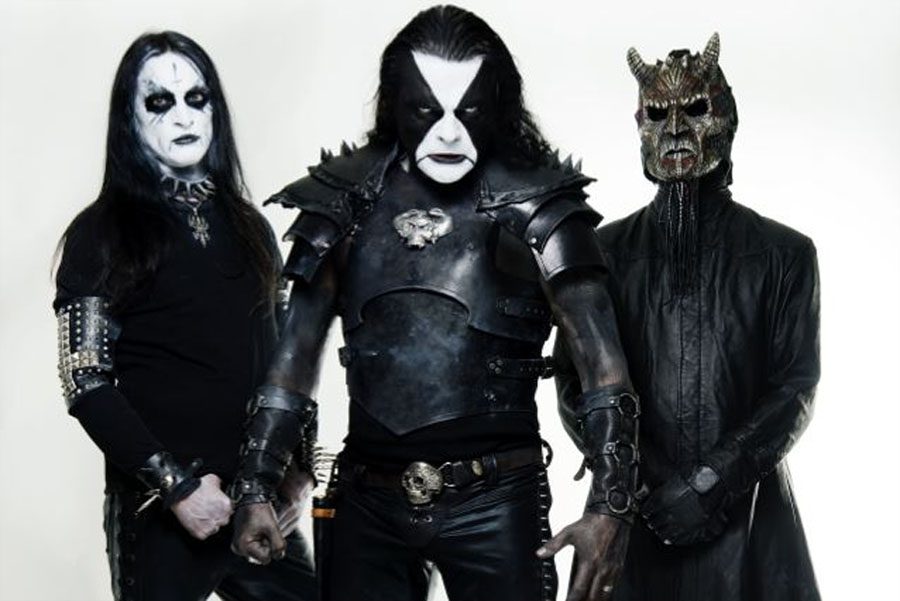