We all know the phrase “you don’t change a winning team”. And it is a basic rule in anything that has to do with a group of people. Most often this phrase applies to soccer, but here we are dealing with one of the most significant cases of confirmation of this phrase in the field of metal music.

After the success of “Rust In Peace”, Mustaine decided  not to change AGAIN the band’s line-up and entered the studio to record the next album again with David Ellefson on bass, Marty Friedman on guitar and Nick Menza on drums . And not only he keeps the same line-up, but he also progresses and leaves space to all members to participate in the  songwriting  process. Of the 11 songs on the album, just 5 are exclusively created by Mustaine. Even the producer of the album, Max Norman got ideas and tips for the composition and recording of the album. And we all understand how strange this sounds for a man like Dave Mustaine.

The songs on the album started coming up immediately after the Clash Of The Titans tour in 1991. By the end of the year they were completed, and the recordings began the first half of 1992. This recording process has been described by Mustaine himself as “the easiest of my life, as if we were operating like a 12-cylinder engine that everything was working perfectly and in full caliber”. The only “problem” that was encountered, was that the band were recording this album during the riots caused by the Rodney King case. Because of the curfew, they were forced to stop recording and leave the studio every afternoon at 18:00. 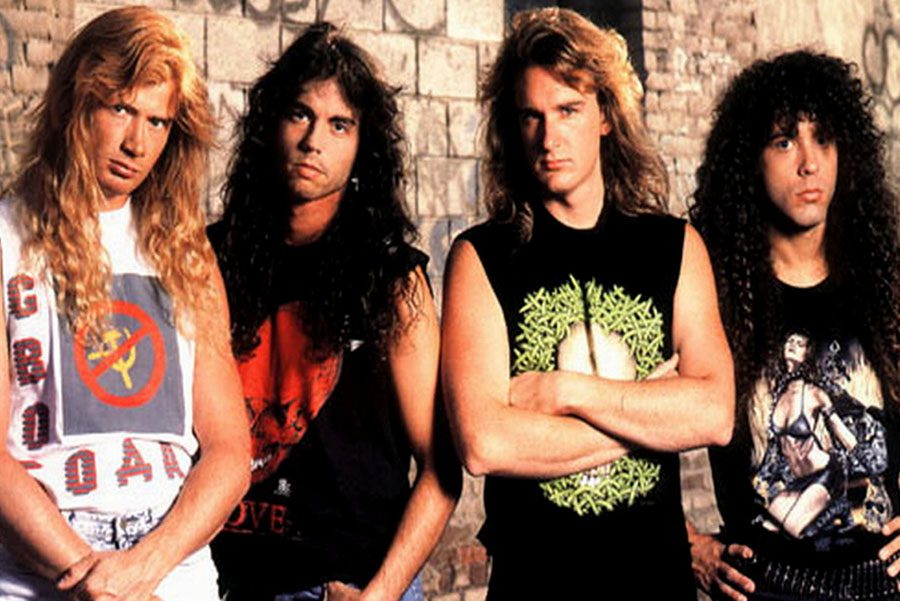 In this album MEGADETH tried to “tone it down a little”. They tried to write songs that are less technical than their previous works. And the truth is that this album has more melodic elements than before. Surely it is no coincidence that a year ago “Black Album” of METALLICA was released. Nick Menza has said in an interview that “METALLICA has definitely opened the doors for other bands to step through. We’re obviously the next band to step through that doorway”. The differences with METALLICA were that their fans are not like the fans of MEGADETH. were not accused so strongly as “sold outs” and that they “betrayed ideals.” And the other difference is that this MEGADETH album reached #2 in charts, while the equivalent of METALLICA was at #1. Anyway, as is suggested by Thomas Harrison, with this album’s music MEGADETH were “more virtuosic than noisy and took the next step towards widespread acceptance”.

The album opens with “Skin O ‘My Teeth”, a song that is allegedly talking about suicide, although never confirmed. If this is correct, it is one of the few cases where Mustaine addresses this issue. A fairly aggressive song, that shows from the beginning of the album the speeds on which they will move. The famous “Symphony Of Destruction” follows. A song that will prove to be one of the most successful and popular songs for both the album and the band. It continues even today to be accompanied in concerts by the audience singing along the name of the band with the main riff. The theme of the song is a politician who from being a simple citizen, begins to climb the political hierarchy, until he turns into a tyrant who represents one shadow government. Standard MEGADETH themes ie. But interestingly enough, the first written lyrics for this song by Mustaine were “My metal brains corroding, my head is going to explode”, and were inspired by a headache. And because surely many have this question, the 5 seconds sample sounding at the beginning of the song is from the “Requiem” of Wolfgang Amadeus Mozart, namely the “Offertorium, Domine Jesu Christe” and the sound of an orchestra tuning their instruments.

Third song of the album is “Architecture Of Aggresion”. The issues here have to do with war and conflict then taking place in various parts of the earth. More specifically, the inspiration for the song was Saddam Hussein, at the time President of Iraq who was involved in the Gulf War with the USA. We continue with “Foreclosure Of A Dream” commenting on the economic situation in the US. The reason and inspiration for this song was a family farm of David Ellefson who was forced to close during the Reagan administration.

“Sweating Bullets” is one of the most “insane” songs MEGADETH, with Mustaine using spoken word in most of the song, talking to himself. Apparently this song speaks of schizophrenia. “This Was My Life” follows and talks just for an old relationship that ended badly for Mustaine.

The self-titled track of the album talks about the poaching of exotic animals. The title of the song was taken from an article Menza had read in Time Magazine entitled “The Countdown To Extinction“. Theories say that James Hetfield’s hunting hobby was one of the reasons that caused Mustaine to deal with this issue, but they remain unconfirmed. Continuing in “High Speed Dirt”, we hear Mustaine talking to us about skydiving, because apparently one of the band’s members (if not himself) was into it at the time. 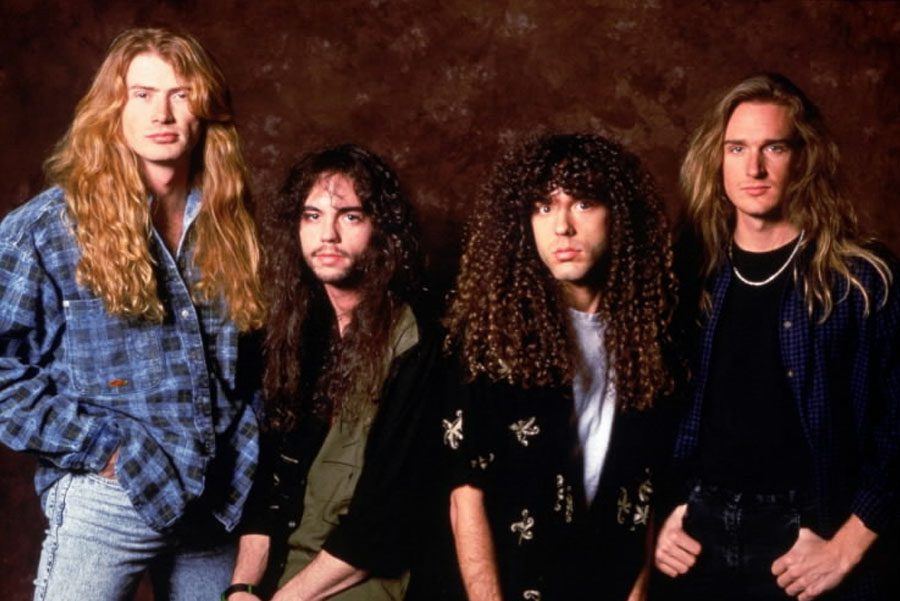 We arrive at “Psychotron”, which is simply inspired by Marvel’s character, Deathlok. The penultimate song of the album, “Captive Honour”, describes conditions in a prison and generally dealing with the consequences of committing a crime. And the album closes with “Ashes In Your Mouth” which deals with the consequences of war and that God is the judge of all. Standard “Mustaine” themes ie.

As mentioned earlier, this album reached #2 in the charts, higher than any other of MEGADETH’s album, former or latter. It was the result of an upward trend that began in 1986 with “Peace Sells … But Who’s Buying” and ended with “Countdown To Extinction”. This success was both the best and worst for MEGADETH, as shown below. Starting with the next album, Mustaine and the band tried to repeat this success. This led initially to “Youthanasia” (ie the “Countdown To Extinction” No 2), “Cryptic Writings” and “Risk” which are the weakest of their discography. In order to reach again respective levels of success and marketability, Mustaine had to wait for many years and many changes of partners to get in this year’s “Dystopia” which caught the #3 of charts.

MEGADETH actually tried to capitalize on the “Black Album” success to write more compatible songs. Apparently, they wanted as much to write some slower songs where the melody will play an important role. From this album began this process, which in turn gave us songs such as “A Tout Le Monde” of the next album, and led up to ballads like “Promises” from “The World Needs A Hero” in 2001. This is why MEGADETH should be considered without the “METALLICA” factor, since this factor unfairly alters the final conclusion.

This review is kindly offered by More Nowhere Reviews team.