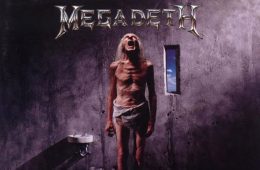 Markos SkyrianosApril 18, 2016
We all know the phrase "you don’t change a winning team". And it is a basic rule in anything that has to do with a group of people. Most often this phrase appli...
06 min read

Manos SpanosJanuary 16, 2014
TheRockRevival.com's Matt Bishop sat down with MEGADETH mainman Dave Mustaine backstage on the band's "Super Collider" tour to talk about the group's latest album, touring, and what's next for the band in 2014. Asked what it means that "Super Collider" entered the The Billboard 200 chart at position No. 6, marking MEGADETH's highest chart debut in the U.S. since "Countdown To Extinction" and "Youthanasia", Mustaine said: "It means a lot of different things." He continued: "People that like the record like the record. "The public made their statement. "A lot of people that don't particularly agree with my viewpoint, whether it's spiritually or religiously or politically, they attack our music instead of saying, 'I disagree with what Dave says.' "We've gotten to the point where people are so vicious in the things that they say. Because they are not very educated and they don't really understand The King's English, they'll say words that are much more heavier than what they really say. Perfect example is when you watch politicans speak; they pick their words very carefully. And they don't have to go overboard and say, like, 'That guy's a fucking asshole.' They can say, 'Well, we question his integrity,' and stuff like that. Or, you know, 'Experience shows that this is the wrong decision to make.' And you can bitch-slap someone pretty good without having to get down and dirty with it. "The problem is, with critics, it's their job — to criticize things. "The fans spoke; they like the record. "Obviously, when you're with a record company, they have songs that they believe in and they pick an order of songs, and all kinds of stuff like that. "There's a lot of wisdom in watching the way record companies develop bands. "We're kind of at a point right now where we get to, kind of, do what we know to do, and they trust us with it, which is really cool. "There was just so much life infused back into the band when we got signed to Universal; just the writing progression… 'Cause when we first got signed, it was, like, 'OK, great! This is really cool.' And we started writing and stuff. And as that record came out and the subsequent touring and all the good that happened with that, the guitar playing started getting a lot more ferocious. Because we weren't really relying on radio anymore, because we're back. "We're the most popular we've been, I think, since 'Countdown' right now. Record sales don't really correlate popularity, because of piracy and stuff like that. But I honestly believe we're the biggest right now we've been since 'Countdown'. It's a great feeling." "Super Collider", sold 29,000 copies in the United States in its first week of release to land at position No. 6 on The Billboard 200 chart. "TH1RT3EN" opened with 42,000 units back in November 2011 to enter the chart at No. 11. The band's 2009 CD, "Endgame", premiered with 45,000 copies to debut at No. 9. This was slightly less than the 54,000 first-week tally registered by 2007's "United Abominations", which entered the chart at No. 8. 2004's "The System Has Failed" premiered with 46,000 copies (No. 18) while 2001's "The World Needs A Hero" moved 61,000 units in its first week (No. 16).
03 min read

Manos SpanosSeptember 21, 2013
In November and December of 2012, MEGADETH blazed hot on the band's "Countdown To Extinction 20th Anniversary Tour", ripping through their entire double platinum 1992 album from start to finish before performing other classics from their recorded catalog. Recorded and filmed at Los Angeles' Fox Theatre last December, "Countdown to Extinction: Live" is a definitive document of the acclaimed, sold-out tour. In addition to MEGADETH's blistering performance of the entire "Countdown To Extinction" album, including the essential "Symphony Of Destruction", "Foreclosure Of A Dream", "Sweating Bullets" and "Skin O' My Teeth", "Countdown to Extinction: Live" features all of the other MEGADETH classics the band performed at the epic concert, including "Holy Wars" and "Hangar 18" from 1990's "Rust In Peace", "Peace Sells" from the band's influential, platinum-certified 1986 album "Peace Sells... But Who's Buying?", and "Trust" from 1997's platinum certified "Cryptic Writings". On September 24, "Countdown To Extinction: Live" will be released on CD, DVD and Blu-ray via Capitol. "Countdown To Extinction: Live" track listing: 01. Intro 02. Architecture Of Aggression 03. Ashes In Your Mouth 04. Captive Honour 05. Countdown To Extinction 06. Foreclosure Of A Dream 07. Hangar 18 08. High Speed Dirt 09. Holy Wars 10. Peace Sells 11. Psychotron 12. Public Enemy 13. She Wolf 14. Skin O' My Teeth 15. Sweating Bullets 16. Symphony Of Destruction 17. This Was My Life 18. Trust 1 9. Outro
01 min read 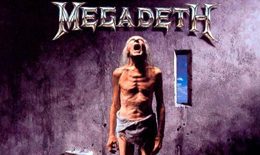 Panagiotis KaragiannidisDecember 29, 2012
Many recirculation and anniversary celebrations were done by a lot of bands in recent years. On occassion of it's 20 years anniversary, we will mention to a...
05 min read

Megadeth To Perform Entire ‘Countdown To Extinction’ Album In Mexico