Spotlight: A Chat With The Head Organizer Of BACKYARD Fest

As the day for the BACKYARD Fest approaches, we thought it would be a great idea to give the opportunity to Agis Chatzigeorgiou to share his thoughts and say some words as the head organizer of the fest!

Backyard Fest 2016 is approaching, so I guess you must be very busy setting the final touches. Are you excited to be those responsible for giving life to this festival?

First, thank you for showing interest in what we do here. Last year, Backyard Festival was dead. A summer day, I got the idea that we must give to Backyard Festival life again. A little bit hastily though, because when you consider that we had about 3 months in order to set it all up, it made our task somewhat difficult. At first, I found enough obstacles because of my inexperience in this field; however with some proper research and a terrific team we have done something very beautiful. Of course the festival hasn’t started yet; however for me personally this is the beginning of something very big.

Tell us a few things about your team. Is it a different one from the past? Who is responsible for each task?

The only change compared to the previous years is that I joined the organization (laughs). Well, as I said before, this summer I took the initiative and the risk to organize this festival. The first thought after this, was to find the right people to assign the tasks accordingly. First, I contacted some of my friends that I knew that even if they wouldn’t be chosen for the team, they would support me. After that, I found the perfect person as the manager of finances. Nikos Kasdaglis is a great guy and awesome on his job. If he wasn’t on the organization, certainly things wouldn’t be the same. Another important position is that of public relations. Socrates Antonopoulos is ideal for such a job. We have been working together on many things and I know him very well. The next person is Panos Pirris, a musical mastermind and I thought that he was the right one to take care of the equipment and PA. However, he also helped me with many other things. Together with Panagiotis Mentesidis, we are partners in the production of another event and very good friends. I think this group will stay strong for years to come. I wish that we’ll continue working together in the future as well, because they are a dream team for me and because I need them no matter what.

Also, I would like to thank my friend Panokas L’Aika for his amazing graphics and excellent help overall, as well as the amazing guys from Fuzz Ink.

I’m sure all of you have other obligations as well. Is it difficult and discouraging to juggle work, studies, personal life and organizing an event? What is essential for being successful?
It is difficult if you aren’t focused on what you do. The important thing is to put on a goal and try to reach it. Being successful is the hardest part. I think each person understands the term “success” differently. Personally I’ve chosen to call myself successful when a task that has been completed satisfied me, whether it was an assignment for the university, or a job. In the case of the organization of a festival, it is considered a success if the people who come will have a good time.

Have you had any obstacles up to this point and if so, have you overcome them easily?

The difficulties came differently than we expected but were eventually corrected quickly. I would describe them more like misunderstandings than difficulties.

Was there something you wanted to change from the past 2 Backyard Fests? Do you think you have accomplished that so far?

The organization has completely changed. My goal has been achieved. The whole team works with major festivals standards and it raises the whole level of our organization. 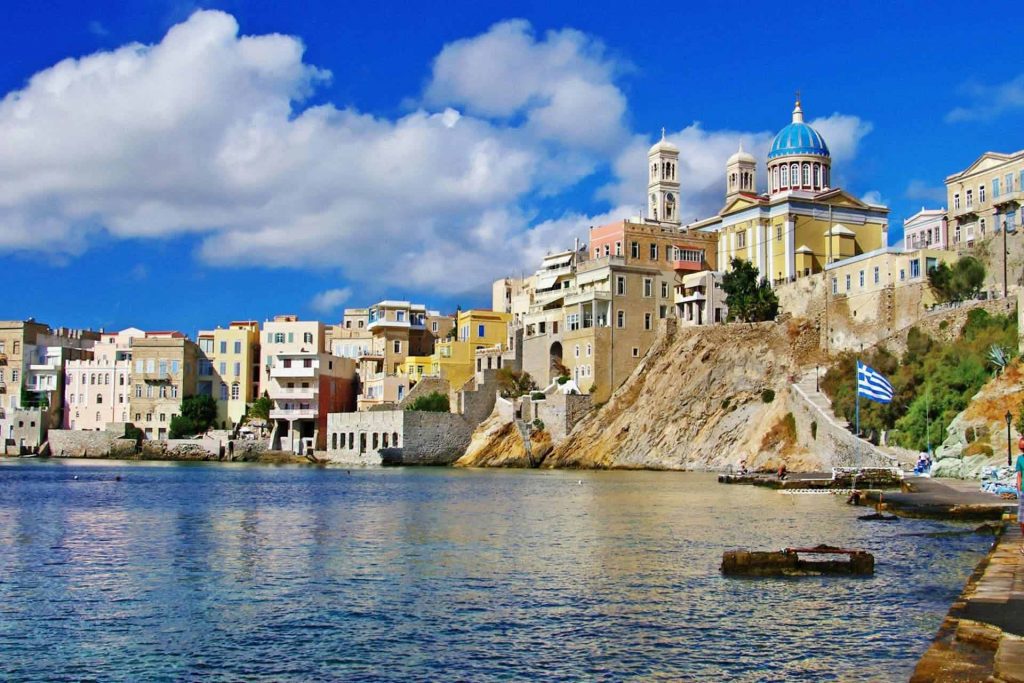 As you live in Syros, please enlighten us on the ongoing music scene there. Also, do you believe Backyard Fest is going to meet the locals’ expectations?

We are located in Syros, the birthplace of “Rembetiko” music (traditional Greek doom). People here love this music. Besides that, the students of the island have built another music scene. LAST RIZLA were created in Syros and for many years they have been spreading their rhythm in several concerts of the university. As well as CONTRA LIMIT who originate from Syros but the last years are based in Athens. This season the groups that are mostly dominant are: PISSTONS, BOZO SKELETON, RAKI (hold this name!) and several other good bands. Local people support all our actions so we thought it was a good opportunity to set up this festival.

The current lineup is very interesting. Almost all of the bands are from Athens and only one is from Syros. Wouldn’t it have been wiser to have more local bands which might help promote your island better?

Even CONTRA LIMIT currently perform primarily in Athens. This is a great question. We thought what we wanted which was first of all, to promote the island. This was and still is our goal from the beginning. Certainly in the next Backyard Festival we will support the local bands more and generally the local scene.

Why should someone be interested in attending this event, bearing in mind that in order to do that one should travel to Syros Island and sacrifice money and time?

I think this combines many things together, like to watch the performance of 10 bands and have fun in a beautiful environment that people from Athens aren’t accustomed to. I feel that many are afraid to come because Syros is an island. But it’s easier than it sounds. The trip lasts only 3.5 hours and all you have to do is to enter the ship. That’s all.
Certainly the weather in October is unpredictable and especially in an island, but for the next years we plan to bring it closer to the summer.

Which are your own expectations from the fest? Are you also going to party and rock on along with the rest of the people or will you “save face”?

Honestly, I don’t know. Either we’ll completely fail or the festival will be a huge success. We have worked hard in order to get a successful festival.
I will wear my suit and do public relations (laughs). Obviously I will be with the rest of the world. We organize this for ourselves, first of all. We should spend our time wisely and become a company. We are waiting for you and have fun all together.