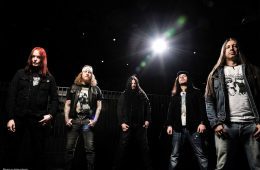 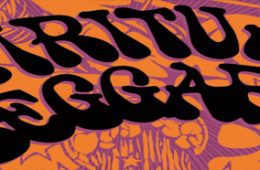 Manos SpanosOctober 14, 2013
Spiritual Beggars is a band that I always wanted to see live and a few days ago I was given that chance. The retro/stoner/psychedelic/rock ‘n’ roll (call them what you wish) gods were supported by Drunk Motherfuckers, SixforNine and Full House Brew Crew. Due to some transportation problems I almost missed the whole set by Drunk Motherfuckers, but the two songs that I was able to witness led me to the conclusion that if you are into dirty stoner, this band is for you. Sweat, beers, fuzz, groove and a badass attitude pretty much sums up their essence. Up next was a pleasant surprise, SixforNine. Since the first band of the night and the headliners belong to the wider stoner genre, I was expecting something like their sound. However this band had a totally different sound (flawless in the setting and quality by the way). They belong to the alternative/progressive rock movement, although in many points during their set I detected lots of elements from grunge. Beautiful sound, nice ideas in the songs that made me tap my foot all the time and a singer with a great voice and a joyful spirit that enabled him to connect with the crowd. That singer by the way is Fotis Benardo, the drummer of Septic Flesh.Quite the refreshing element of the night, I am sure that all the attendants would not have a problem with them performing another 40 minutes! Then came Full House Brew Crew. Nice sound, solid, and although they could be easily categorized as stoner, they reminded me more of a mix of Pantera with Black Label Society. A nice performance here, groovy, they conveyed their rhythm to the crowd, but they did not persuade me as much as the previous band. However, this is just the beginning in their career; there is always time for improvement. Furthermore, it would be really nice for them if the singer stopped copying James Hetfield. We are talking about a blatant copy paste here, from the tone, to the way he pronounces the “oh yeah” and all that stuff, it is just too obvious. Create something yours my friend, I’m sure it will benefit the band in general. After all these nice supports it was time for the headliners. I had heard many complaints concerning the new singer, Apollo Papathanasiou, who took the position of JB after his departure in 2010 and I want to see for myself if these complaints had any value. Well, they didn’t. Yes, with Apollo behind the microphone they sound different from the band that we had grown accustomed with, but since when does “different” means “bad”? He nailed all the songs with his own grace. An exceptional voice that in many parts reminded me of our late king, Ronnie James Dio, may the gods of metal allow me this comparison. Exceptional connection with the crowd too, he was just amazing. He guided us towards many sing-alongs for that matter and was always full of good “mojo” and appetite for rock and roll. When it comes to the other guys to the band, what is it that I could say? Crystal clear sound for all of them, Ammot spitting solos and lead rythms and melodies all the time, with technique and passion alike, that mountain of a bassist they have roaring towards the crowd, lifting us to our feet and delivering exploding bass lines to our ears, the drummer playing like he had come out of a jungle and carrying a tribal feeling inside of him! But the man who stole the show was Per Wiberg slamming those keyboards like a madman, with such ferocity and a “come on people, let’s dance now!!!” attitude that I’ve never seen before in a keyboard player, what an amazing musician! This show had it all: Drum solos, keyboards solos, an out of this world psychedelic jamming during the encore, you name it! “Left brain ambassadors”, “Euphoria”, “One man Army”, “Young Man, Old soul” and “Mantra” were the highlights of their performance. “Angel of betrayal” however was not played to our great disappointment. Come on guys, this is the one song that you should never leave out! Also if you want to know how the new songs sound on stage, they ROCK. “Turn the tides” for example sounded so colorful and uplifting showing in that way the road Spiritual Beggars has chosen to follow. A more 70’s rock, groovy and funky approach is their new outfit and I’ll be damned if it doesn’t suit them just fine.
04 min read 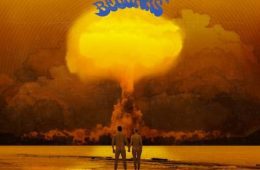 Panagiotis KaragiannidisMay 19, 2013
Spiritual Beggars was always one of my favorite supergroups of all time. Its line-up, was always something very interesting, consisting of members from great metal groups like Arch Enemy, Grand Magus, Opeth and now Firewind (ex-members to be honest).
03 min read 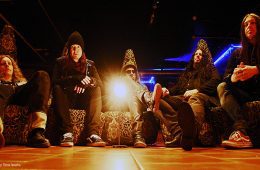 Panagiotis KaragiannidisApril 23, 2013
Metalpaths recently conducted an interview with Spiritual Beggars' keyboardist Per Wiberg who revealed that the band are going to play in Greece this fall! ...
00 min read

Panagiotis KaragiannidisApril 23, 2013
Spritual Beggars returns with their brand new record "Earth Blues" which has been released on April 15th by Inside Out Records. Metalpaths had a short chat ...
04 min read 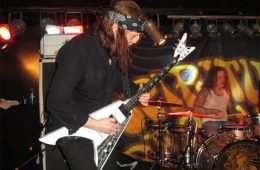 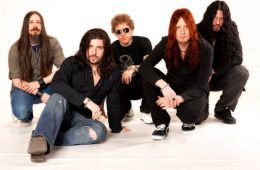 SPIRITUAL BEGGARS To Embark On European Tour In April 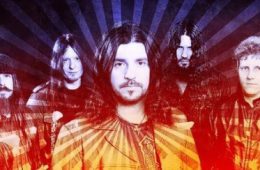 SPIRITUAL BEGGARS To Release New Album In The Spring