“Devil On Hwy 9″, a brand new song from DANZIG, can be streamed below. The track is taken from the band’s first album of all-new material since 2010’s widely acclaimed “Deth Red Sabaoth”. “Black Laden Crown”, 50 minutes of long-awaited brand new DANZIG music, will be released on May 26 via Evilive Records/Nuclear Blast Entertainment.

The details of “Black Laden Crown” follow on the announcement of DANZIG‘s “Blackest Of The Black” festival: two days of non-stop music and mayhem taking place at Oak Canyon Park in Silverado, California on May 26 and may 27. DANZIG will close the festivities May 27, headlining a bill featuring more than 20 artists playing amidst a full scale takeover and transformation of the park grounds featuring literally dozens of attractions, vendors, performers, and other surprises musical and otherwise.

“Blackest Of The Black” promises to create a site-wide atmosphere like no festival before or since. A full rundown of performers and attractions will be announced shortly.

In a 2015 interview with Noisey, Glenn Danzig was asked what it is that keeps him coming back to the creative well. He responded: “It’s so many different things. There’s always stuff to write about, but I think that the whole punk thing helped a lot. If it gets boring, change it, fix it, make it exciting, make it relevant again, and that’s what I did without sacrificing the music. That’s what I try to do. I try to do stuff where first thing is I’m excited about the record, and then I hope that the people who listen to my music are gonna dig it too. That’s pretty much how I go into doing a record, and I don’t do a new record until I have stuff to write about it. I don’t force myself to do a record. Someone doesn’t come to me and say, ‘Hey, it’s been a year or two since your last record. You’ve gotta write a record and put one out in a couple of months.’ No one comes to me and says that to me.”

Asked if that attitude of not forcing the creative process is something that’s always been there for him, Danzig said: “Yeah. I mean, I used to do it on a more frequent basis. [Laughs] But I think even back in the MISFITS and SAMHAIN days, I put out a record every two years, I think. The same thing with DANZIG, too, where I put out a record every two years. Later on it became further and further apart, but that’s just the way it worked out. I think in between ‘Danzig IV’ and ‘V’ was probably a two-year period, and then between ‘V’ and ‘VI’ was probably a three-year period. It seems to be now it’s gone to four or five. I think one of the things also was for ‘Deth Red’ we toured a lot over those years. Not two or three months at a time, but we just kept getting offers to go to Europe and then back to America. The record did pretty well for me, especially the way it was received, so hopefully the next one will be the same.”

Glenn‘s covers record, “Skeletons”, was released in November 2015 in North America via Nuclear Blast Entertainment/Evilive Music. A labor of love that dates back to 1979, “Skeletons” saw Danzig pulling back the curtain behind his influences with a collection of ten covers spanning artists as diverse as Elvis Presley, ZZ TOP, and AEROSMITH to BLACK SABBATH, THE TROGGS, THE EVERLY BROTHERS, and more. 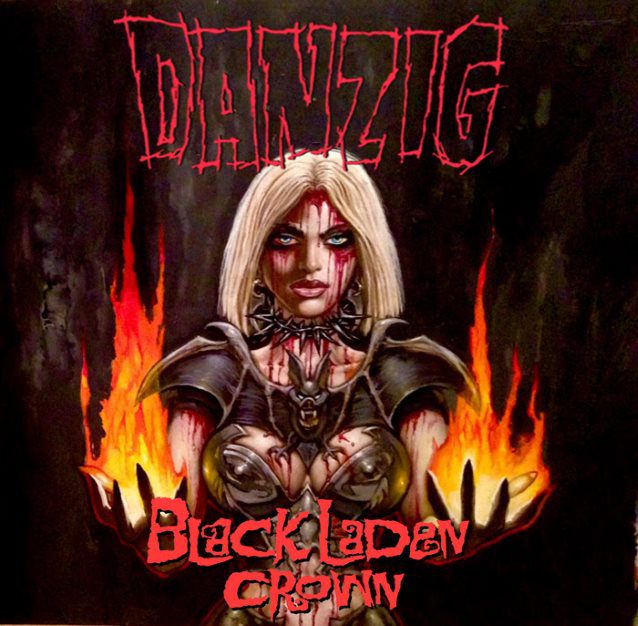