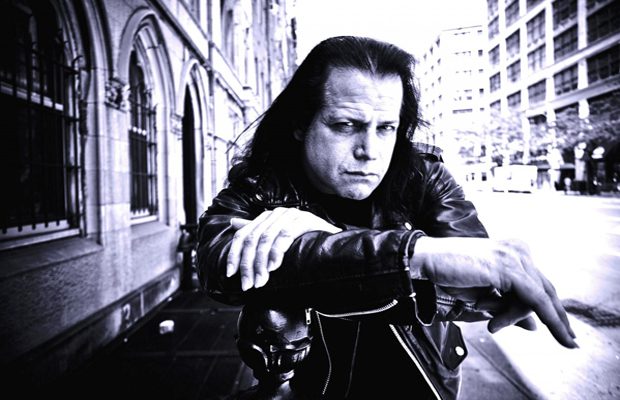 As a “thank you” to all its London fans on DANZIG‘s 25th-anniversary tour, the band will play a special club show at the Garage on Monday, June 17 for the measly sum of £6.66.

Says DANZIG leader and namesake Glenn Danzig: “While over the years DANZIG has occasionally played a smaller club show for the fans in L.A. and other cities in the U.S. at an extremely low ticket price, I’ve never done one here in the U.K. Lucky U.K. fans will get to see DANZIG in a more personal setting and most assuredly have an incredible night to remember.”

If you bought a ticket to the Roundhouse show, watch your e-mail tomorrow at 11 a.m. You guys will have the first chance to get a ticket.

Professionally filmed video footage of DANZIG‘s performance at the fifth annual Revolver Golden Gods awards on May 2 at Club Nokia in downtown Los Angeles, California can be seen below. Glenn Danzig took the stage at this year’s show with fellow MISFITS legend Doyle Wolfgang Von Frankenstein for a very special live MISFITS set.

This year marks DANZIG‘s 25th anniversary and the band is playing a series of live dates in the U.S. and in Europe. All dates feature DANZIG, plus Glenn Danzig and Doyle Wolfgang Von Frankenstein performing the music of the MISFITS.

DANZIG is putting the finishing touches on the as-yet-untitled covers record for a late 2013 release.