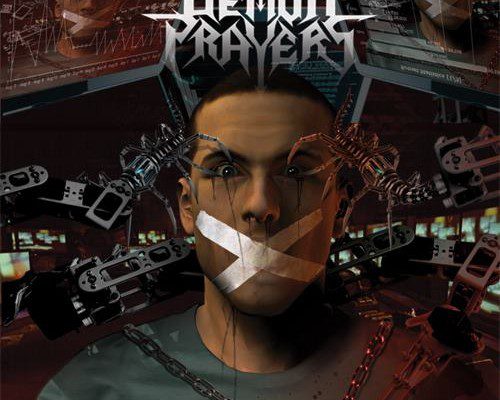 After the in-depth interview given to us by their frontman Alex Bonias, time to say a few words about their first full-length album “Evoke The Pain” out on Secret Port records/Athens Thrash Attack records (R.I.P.), a band that ripped everything apart on their most recent show @ Thrashing Holocaust this Saturday w/ Overkast, Endless Recovery, Rapture, Carnal Dread and AMKEN, gets its chance of a review for Metalpaths.com

Their album starts with an acoustic intro reminiscent to “When The Sun Burns Red” (Kreator). What is made evident right from the start is how audible each instrument is, due to the exceptional work of none other than David Prudent of Made In Hell studios. Then the title track kicks in full speed with riffage that could have been taken off “Extreme Aggression” and vocals somewhere between Phil Rind (Sacred Reich) and Max Cavalera (Sepultura) and a great chorus. A drum intro brings us “The Crusher” comes up next with extra headbanging riffage showing amazing musicianship, even though is one of the oldest tracks of the band (on the “Morbid Terror” EP) showing the basic musical mixture of the band: Sodom/Kreator-inspired attack delivered with love and passion.

“Damnation Enslaved” shows some great gang vocals as well and keeps up the tempo (and as I’ve seen myself, this one rips everything apart!) including great lead soloing (a bit more rocking in the beginning). The catchiest riff of the record brings “Senseless Reality” (I think my neck snapped in two in this one), with an addictive chorus and enough tempo changes to keep the moshers alert.

Up next we have the slowest track of the record called “Tyranny (Respect Your Life Or Die)” in the vein of Thrash neckbreakers like “Remember The Fallen” and kind of similar lyrical themes (that are pretty much explained by the song titles) including some great lead work. “Savage Violence” “Morbid Terror” (another older re-recorded track) are trademark Thrashers for every self respecting mosh pit. After the really interesting instrumental called “Atonement” (an acoustic part I sense there, with nice melodic soloing, could be a sign of more technical direction for the band, who knows?) a more intricate song for the band, we go into the final track of the album called “Under Snow And Blood” giving us one more kick ass Thrash song from these guys!

Kick ass debut album, great production, excellent live performances and wish them well till their next record! A MUST BUY FOR ANY FAN OF TEUTONIC THRASH NO DOUBT ABOUT IT!