IN THE REARVIEW MIRROR #5: When The World Is Your Oyster… 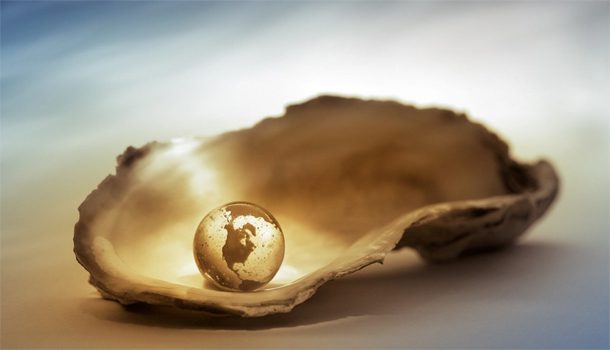 The “Rock’n’roll Traveller” decided to take a short break from the hands-on travel tips this month, and just get back to the roots, to the bottom of why it so easily becomes an addiction to travel for gigs.

If you are a true metalhead, you will quickly be seduced by the combination of the “born to be wild”-freedom, the life on the road without actually being in a band and the sense of adventure where you never really know what’s gonna happen.

But you might find something else that rocks your boat when you’re out there creating your own adventures, the main thing is to see the world as your playground. Because it is. You learn to see every new place as your temporary home, dispite the differences in language and culture.Every single trip can turn into a challenge. Yet it’s all worth it. I rarely get to see a lot of the countries I travel to. But I’m an expert at airports, hotels and venues. It’s a choice of course. I tend to hang around the clubs and arenas just to watch the activity, talk to people, hang with the band or just be an observer.

Also, you will always have things to look back on or to talk about with people who might not have travelled around as much.

Stuff that wasn’t funny at all while you were in the middle of it, will be a source of entertainment weeks or years later.

Take for instance the risk of getting lost. I don’t worry too much, because I know that sooner or later I will find my way back to where I intended to go. If you’ve got plenty of time, it’s all good. But if not…..

On my last Firewind-trip to the US I barely made it back home and it was as dramatic as it could get. Due to bad weather conditions, all flights from NYC were cancelled and I had to get to Toronto, Canada where my flight back to Copenhagen would depart on a Saturday night. I finally found an airline that did take off that day, but as expected they had long delays and I would make it to Toronto in the very last minute – if I made it at ALL. As if that wasn’t enough, I didn’t know that they were using a different, smaller airport than the international one that I was supposed to go to. All those things made my schedule tight as a frog’s ass… 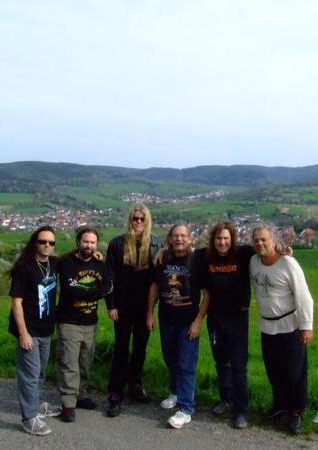 With the help of other passengers who got involved in getting me to the airport on time, a taxi driver who drove like a bankrobber and amazingly helpful passengers in the security line, I ran like I had rocket fuel up my butt and made it to my gate literally 5 minutes before departure. By then, they had taken my name off the passengers list. But when I arrived, desperately trying to catch my breath, they let me through. God knows what would have happened otherwise, I would have been stuck in Toronto with nowhere to go. But it’s that kind of stuff that gets your adrenaline pumping and your life anything but boring.

Another memory of getting lost was back in 2007 when I was supposed to meet up with Jon Oliva’s Pain at their hotel in Germany. Just so happens that the hotel was somewhere “on a mountain top”, not in the actual city. So I flew in to Frankfurt airport, rented a car and headed to the hotel with my GPS showing the way. Unfortunately, that GPS was a piece of garbage. It had me and two of the guys in the band driving in circles in Belgium only a few months before, so I should have known that I couldn’t trust it. I ended up on the top of a hill that looked like something from the movie Sound of Music. A few very surprised cows were looking at me and my car probably wondering something along the lines of “WTF?!”. It took me 4 hours to find the hotel (which was actually only 40 minutes away), as nobody would speak English and my German was pretty limited.

Speaking of adventures while getting lost… I got the sightseeing tour of my life in Thessaloniki the first time I visited the city to see Firewind play at a festival. First I took the bus from the airport, drove in circles and got back to the airport… three times! I ended up having to call my friend in Sweden who then went onto Google maps on her computer and guided me to my hotel over the phone! Two days later I got lost after the show at the Kaftanzoglio stadium in the middle of nowhere. And of COURSE it was the same day that there was a taxi strike!

So there I was in the middle of the night, in a dead university area where every sign was in Greek, so I couldn’t even read it. I knew one guy, that I got to know through YouTube and he helped me – also over the phone (this, by the way, leads me to another travel tip – get a cheap mobile plan so that you CAN call if you need to without being ruined). With his help and a few ladies from the Red Cross who had been working at the festival, I got on the last bus back to my hotel.

But apart from those little disasters, you also make friends all over the world, and meet interesting people. On my last trip to Thessaloniki, for the Firewind 10-year anniversary shows, I was picked up at the airport by this taxi driver in his 60’s who turned out to be a major metal-fan. He had stories to tell about travelling all over the United States back in the 70’s and 80’s to see some of his favorite bands.

This text below, is taken from my blog:

– I used to be a big fan of Ozzy. Saw him live many times. Back in the 70’s I travelled coast-to-coast in the USA following AC/DC and Led Zeppelin. 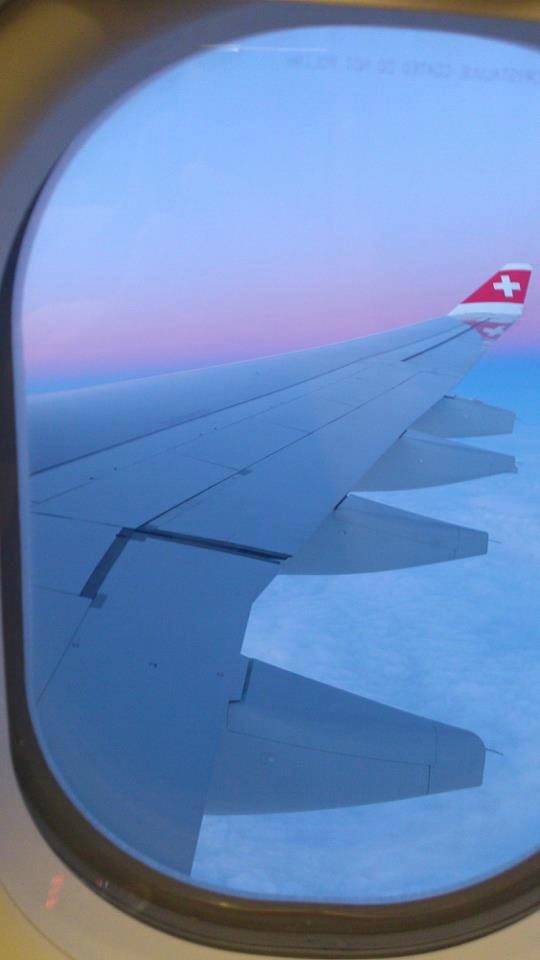 – Yeees, many times! I’ve seen most of the classic rock bands. The only ones I never got to see, but I wish I had, is Hendrix and Doors. They died too young… I remember for instance going to see Twisted Sister in New York City back in 1976. They were nobodies back in those days, used to play small clubs. I showed up there one evening wearing a Thessaloniki t-shirt. Then one of the guys, I think it was the guitarplayer, but he’s not with them anymore, jumped down between two sets, walked up to me and asked if I was actually from Thessaloniki. Cause he was and he was happy to see someone from home. He quit the band, he’s a doctor now!

– I still am. Always. Even at my age, I mean, maybe I’ve started to listen to less extreme metal now when I’m older, but I’m the only one in my village who loves that kind of music. And when I’m alone, I still love to just blast it! Once a rocker, always a rocker. I used to do the same as you, travel the world to see the bands I liked.

What a cool dude. You would NEVER guess his background by just looking at him! Nothing rockerish about him whatsoever – and there he had all those stories to tell about his travels across the globe.

The last thing he asked me as he was carrying my suitcase into the hotel lobby was: “What was his name again? The Thessaloniki-guy who plays with Ozzy!?

I told him once again and I could see how he memorized it so that he could check it out later. He looked curious and proud that someone from his hometown had made it all the way up to THAT level. And being an old Ozzy-fan, he probably figured that it might be a good time to pick that up again.

That taxi-driver is only one of the interesting people you meet when travelling. It can be just anybody, you never know who’s got an great story to tell. Most people are more interesting than you would think when you first take a quick look at them. And it’s incredibly cool hearing their stories.

I’ve made friends all over the planet, and it’s great knowing that you will see them again next time you’re heading in their direction for a gig. I now talk fairly regularly with a girl in Germany who I noticed in a chat-room once because she had a brain, unlike many others, and was genuinely interested in music and guitars.

I met up with Panagotis who runs this site, in Greece after having had a bit of communication online shortly before that.

I know some people pretty well through the internet although I’ve never met them, such as a guy in Canada or a handful of people over in the States. Then there’s the bands and the crews as well, who most of the time are great people who I’m always happy to meet over and over again.

It’s a great thing to travel, basically. You get a totally different perspective to your everyday life. You don’t even need to go very far to get that experience and that kick.

If you’ve never tried it, give it a go a few times and I’m pretty sure you’ll get hooked for a very long time!