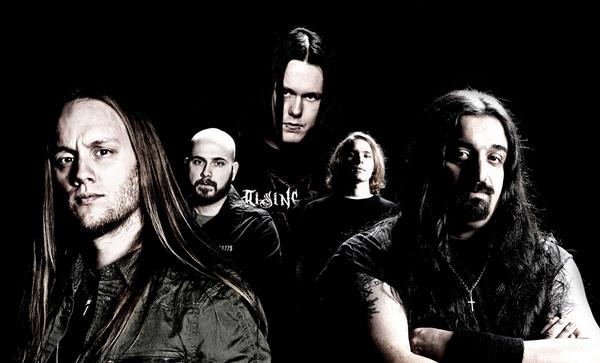 Marios Iliopoulos, the soul of Nightrage, talks with Metalpaths about the new Nightrage album, about Gus G. and the progress of the Greek Metal scene in general.

Good evening Marios. How was your day?

Hello Alex. Everything is all right. Yesterday we had a live performance.

It was nice. It was scheduled to play The Haunted first but their drummer had flu and they canceled their performance. But we played as we have planned.

Before we start the interview, I would like to tell you that I admire your carrier into the Metal Music Industry and I believe you hold up as a very good example here in Greece.

Thank you very much for your good words. I believe that every one of us should follow our dreams. Personally I did my best to achieve my own dream. 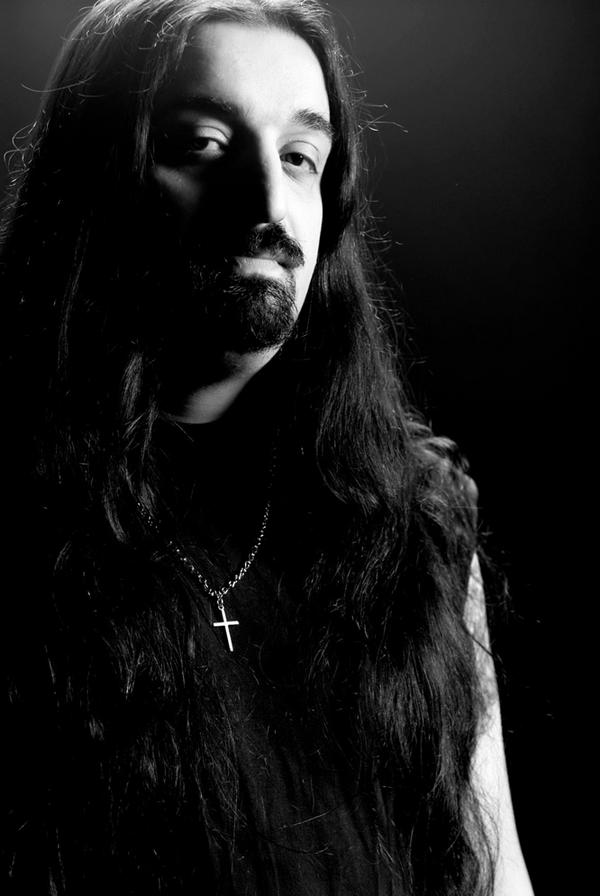 Very nice. So let’s start with the questions! I want to tell me with a few words, how the things are going for Nightrage right now?

As you know Alex, our new album “Wearing A Martyr’s Crown” from LifeForce Records is out, and we are very satisfied with it. The album has gained many good critics and reviews from foreign and domestic magazines and from our fans and friends. At that moment, we are preparing for our first European Tour which starts this month, November 09, and on February ’10, we will come in Greece for 10 live concerts. The next plan for the year 2010 is to get back to the studio and start recording a new album as soon as possible. I like a lot our new line up and I want to stay as it is.

Can you explain, why there were so many changes to the Nightrage’s line up ?

Most of all it was bad luck. Personally I have put some members in the band that they weren’t the right people. They were totally wrong choices. When you have some special demands for your band , it is very difficult to find the right members. I want to work with professionals and I believe this line up we have is the best ever. I’m very happy and satisfied with the new members. These guys its seams that they love Nightrage’s music and they are having fun.

Can you tell me a few things about the recording procedure of your 4th album?

The recording of our new album started without any problems. We were in the studio Fredman for 23 weeks.

Fredrik is an old friend of yours and a very good producer. Am I right?

Yes, that’s right. With Fredrik’s help I know exactly the result we will have. But we were already prepared. Every single song it was in demo form. So we knew exactly what kind of sound we wanted to record.

I can see that you liked the final result. Is there anything that you would like to change ?

There are always some things you want to change. Never the less , I don’t have any complain. Everything went as it was planed. Every single member knows what he has to do and there wasn’t any problem at all.

Can you compare your last album with the 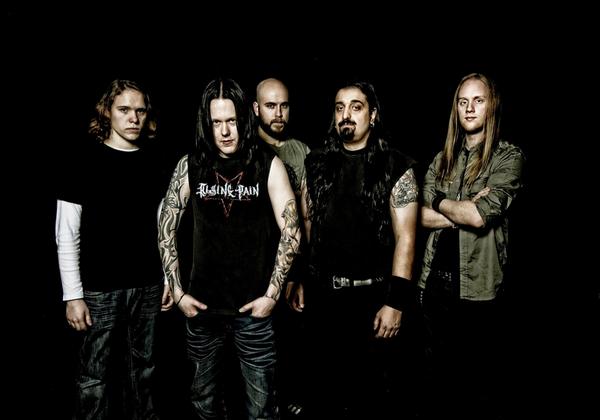 Yes, I believe that our new album has a similar sound with the first one. We wanted a melodic metal album like our first one but without recycling ourselves. And I think we made it!

I liked a lot your cover from Metallica “Holier Than Though”. How did you choose this song ?

We are all big fans of Metallica and we wanted to choose one song from the Black Album , which is one of their best. We adjust the song with the Nightrage’s sounds and style.

Is there any idea of recording a video clip ?

Of course we will make a video clip with Bob Katsionis’s help. We have worked together in the past with Bob. The shooting will take place in Greece, before our Greek Tour starts.

In your new album, there are some guest stars, like Gus G and Sakis from Rotting Christ. How did you achieve that ?

Gus G. is my best friend I must say. We started together this band. For me, it was a great pleasure that he returned and gave some of the old sounds of Nightrage to this album. Sakis , I believe is the leader of Metal in Greece , and it’s a great honour that he sings with us in our album.

Are you satisfied with Life Force Records’s co-operation with Nightrage ? Did you have any problems with the promotion of the new album?

No, we didn’t have any problem. Life Force did its best with every tool the had in their arms. And not only for Nightrage. They give their best to all the bands they have. They are not cold business men. They truly love the music.

So, you say that Nightrage gain advantage from Life Force Records.

Exactly. And we hope that we will continue this co-operation with the same terms and conditions.

When you left Greece, why did you choose to go to Sweden? Do you believe that there were more opportunities there than somewhere else ?

Sweden is the best in so many ways. In Greece we don’t have the right substructure for Metal music. I knew some people from Sweden, at Fredman studios. There we had recorded two albums with Exhumation. There I understood that Greece has left behind from this music progress.

Do you believe that the lack of music education, the short-minded society and the lack of substructure and equipment have leaded the Greek metal bands into some kind of international elimination?

I believe that there are some good studios in Greece. But, the bands themselves must show interest, especially now with the power of the internet. Everyone can have access to all kind of equipments. I’m sure that we could have the same progress like Sweden, but we Greeks are lazy creatures and like to show off. Music is not like the Olympic Games. The point is not to become the best of all. There are some Greek Bands that they do their best but in the end they cannot achieve much because there are financial problems, or the army, even the society itself. 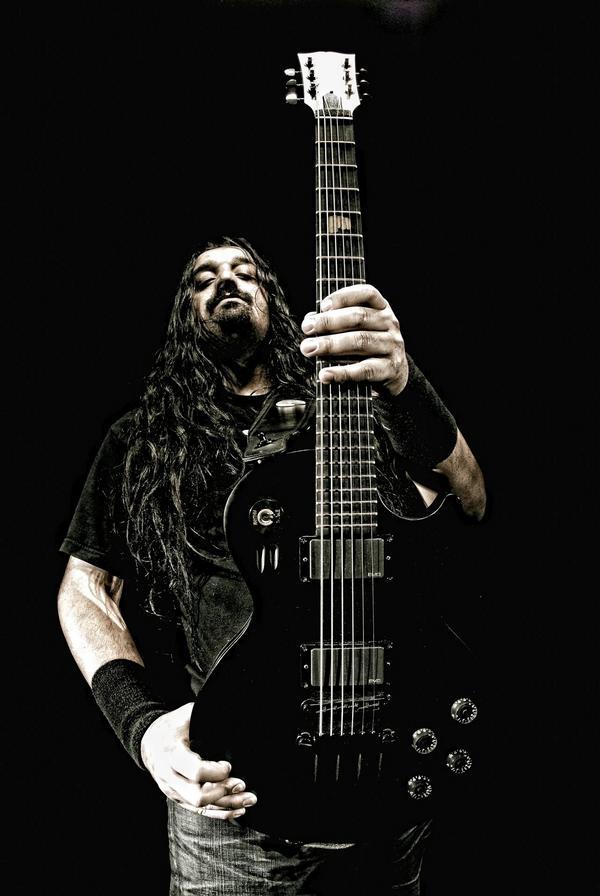 Marios, tell me your opinion about the progress in the Greek Metal Scene. Personally, I’ve seen some good bands and I’ve noticed that on an international level, there has been a significant change of attitude towards Greek musicians, especially in the genre of Metal.

Yes indeed. Especially now, that Gus G was Ozzy’s Choice to be his guitarist. That’s the proof that Greeks musicians have what it takes to achieve every goal. Unfortunately, the most of the new bands don’t play music for the right reasons. But of course there are some very remarkable bands, like Septic Flesh, Rotting Christ, Firewind and I believe that they are the leaders in Metal.

Would you like to say a few things about Ozzy Osbourne’s choice to take Gus G?

Gus G is my best friend and has a star upon his head. He truly deserved it and I believe he is the best Greek musician. He is a professional. Big bands like Metallica and Iron Maiden support Ozzy. That is something remarkable!

Do you believe that all the bands have an expiry date? For example, do you thing that Metallica or Slayer can keep up the same pace for good?

In my opinion these particular bands definitely have more to
give. Anyway,such bands don’t see the light often and when it comes to metal it’s tough to find a new style to play as it will be old news, not to mention finding new band members who will give it all to achieve what they want. There are many people out there who simply ignore that in order to play heavy metal or become a member of a band is no piece of cake.

The truth is that new musicians lack in originality. Is it all a perpetual re-serving ?

There are some good ideas, but the best would be for everyone to try and write the best songs possible, to believe in what they do and really love it. As I said earlier, it’s not so easy for bands such as Black Sabbath, Metallica, Maiden , Slayer and Megadeth to see the light of day again. These are all classic groups that got established after many years of hard work.

You said that Nightrage plan to release a new album and go on tour.

We want to do as many gigs as possible so that we bond even better as a band. We’re in good spirits and fully inspired, so we don’t mean to waste another two years before releasing our new album. We want our new cd to come out sooner than most would expect.

Thank you very much for the interview. As an ending, I would like you to send a message to the readers of Metalpaths.

Thank you all greek fans for your support and your encouragement. I look forward to February when we shall start our tour around Greece and see you all there. Keep supporting Nightrage and buy our new album. Stand by true bands, not trends. Thank you very much!