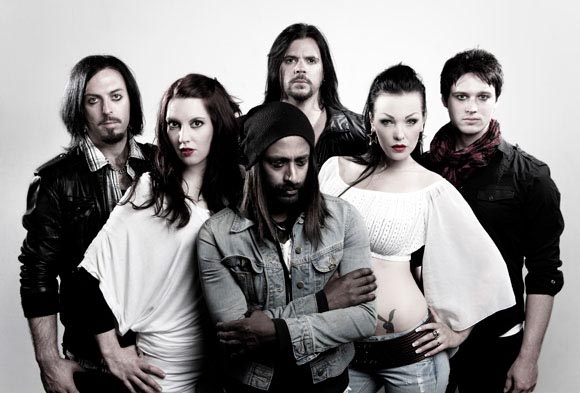 All Ends are coming from Sweden and started as a side project of In Flames in 2003 by Björn Gelotte and Jesper Strömblad. On the ocassion of the new contract with Nuclear Blast that followed by a new album release, the drummer of the band Joseph Skansas talks to Metalpaths about everything around the band.

Would you like to introduce “All Ends” to the Greek audience? How you would you describe your music?

Our last record is between Foo Fighters, Smashing Pumpkins, 30 seconds to Mars, something like that. I could say that rock ‘n’ roll meets some old 80’s.

Your new album is out, so you must be really exited. What are the band’s expectations out of the album’s release?

The album is out in two weeks. I don’t have big expectations, like selling overloads of records. I’d like to please the fans, have some new fans out of this and play in different countries. 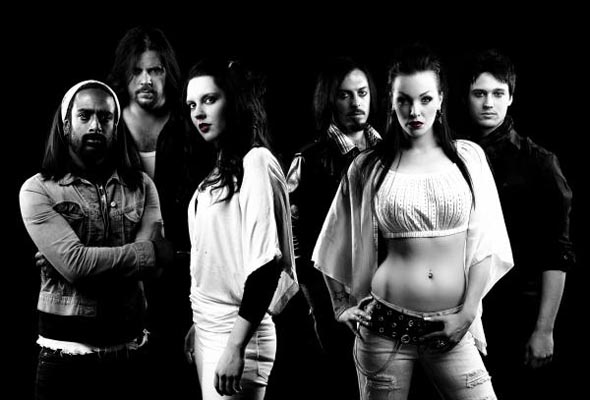 Recently you became part of the Nuclear Blast family, which is apparently a great step for “All Ends”. How do you feel about this?

Yes, this is great. It was important when we recorded that the company gave us freedom to act as we felt like. We didn’t have to think business all the time or how we are supposed to sound. They let us do what we want and that was pretty cool.

Your music is melodic and powerful at the same time. One way or the other it is full of feelings. Where do you get inspired from, thematically and musically?

Me and Tina wrote all the lyrics for the record. We get inspiration from life and ordinary things, like from our private lives, by observing people, e.t.c. You know it’s happening a lot in the world lately. The door is open and you can write about anything. So we have lyrics for three other albums I think.

The band consists of six musicians. That means six different personalities, six different styles. How does this affect your cooperation, or even the resulted music?

I think when you make a record it has to be two persons who make the final call and take the lead. All of the guys put their energy and everything that they are good at to the album and our producer had the absolute final call. Like most of the bands there are one or two people making the music, you can’t have five people making the soup, you know. Of course, we all work together.

We don’t often see two female vocalists in a bands line up. How did you come up with this idea?

That was the plan from the beginning. We liked the idea of the match. We can often see this concept in life, and we think it is an interesting concept and we should keep that, its pretty cool.

“All Ends” seem to have gained reputation beyond the Swedish boarders. In Japan, for example, the band’s success is well-grounded. Did you expect such an extended recognition and how do you respond when meeting your foreign fans?

It is always a surprise; we always just slow down and talk to them. If you loose this you should quit. You should always be glad to have people that follow you.

The band has drawn big attention since the early days and counting seven years of existence, you have found yourselves performing along with great bands, in great events. What would be your advice to a new band that desires to have a similar successful route?

It is really important to really think over what you want. And also be honest, because the fans are not stupid. I think that in rock and metal things are going pretty well because the bands seem to be more honest. Moreover new bands should not stick to what is right to play; it is not a winning contest.

What are your plans for the close future? Is there a program tour?

We’re gonna release our record and then we are gonna be touring as much as we can for one or two years- if it’s going well-everything is depending on that, you know. We are lucky to have our audience and tour in Asia and Europe, which is amazing.

Where would you like to find yourselves in five years from now?

Well, I think we would be going to release our third or fourth maybe record. We’re gonna tour, we’re gonna make some songs definitely. Nowadays you can be doing this for pretty long. The metal thing can’t be over. It depends on the music industry, of course. But by all means, we’re gonna do records. You see, I am into music since I was sixteen-seventeen years old and my whole life is about this.