Interview: Year Of The Goat (Pope)

YEAR OF THE GOAT may have visited our country only a year and a half ago, but they did not remain silent since then. The band recorded their next record, ‘The Unspeakable’ which opened a new era. In the interview below, Pope (mellotron, vocals) discusses with Metalpaths about many topics, which may interest the fans of the band and occult rock music generally.

Greetings from Greece and metalpaths! Almost three years have passed since the release of your debut record and ‘The Unspeakable’ is released. What do you feel about the specific record and what should the fans, who haven’t listened to the album yet, expect from the band?

Greetings! They should expect a Year Of The Goat album, meaning we have a sweet tooth for nostalgia, dark arts and horror. They should expect sweetness, ugliness, melancholia, grandeur and an album that has an overall theme based on 1920’s horror and a hidden story buried in the lyrics, artwork and title itself. It’s a riddle for the curious to find out. 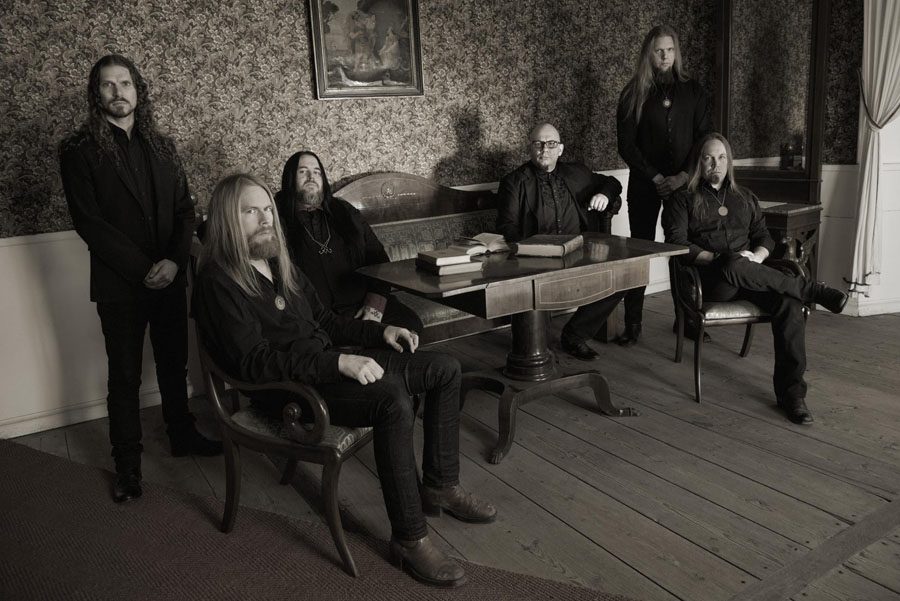 Digging into ‘The Unspeakable’ someone could claim that the band came closer to the 70’s than before. Your songs are more into the occult rock of the specific decade, slower and more spiritual. Do you believe that your love about the specific period of music came out in your ideas naturally or was that something intentional?

Thomas is the one coming up with most of the basic riffs and song ideas, he’s been down this path for a long time. We used to have a band together called House Of Aquarius, some reviewers thought it sounded very 70’s. We all listen to and were brought up on music from that era and it sort of just comes out that way when we meet. On this album we did a lot of things at the spur of the moment, we would have the basic form when beginning to record and after that we explored and tried different ideas, feeding off of the impulses from each other. 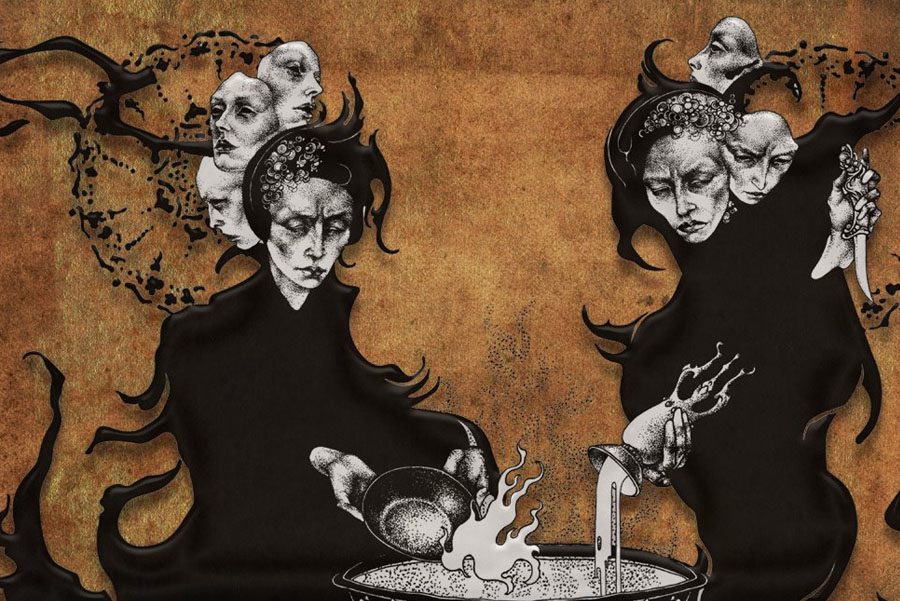 We began recording the foundations in April 2014 and we felt it would be nice to have an opener for this album, like the “Lucem Ferre” EP opened up for “Angels Necropolis”. We’ve sort of taken the idea of a concept album one step further by adding an EP ahead of the album. The Key and the Gate is what it’s named, it’s the key and the gate to the “Unspeakable”. Our idea is that one should listen to the EP and when the last note on Non-Euclidean Calculus has rung out, the transition has been made into the “Unspeakable” and the opening track “All He Has Read”, a song that sets up the stage for what will come to pass. We recorded some of the stuff around the same time, the alternate version of “The Key and the Gate” has most of it’s changes in guitars and mix, it’s a bonus for the first bunch released if I have my information correct. 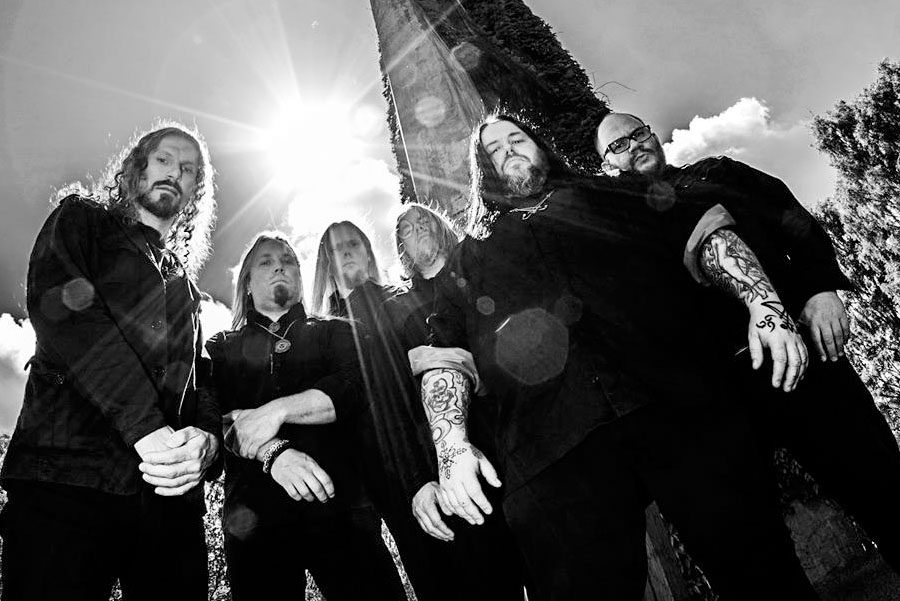 Thomas’ vocals are always emotional and inspiring. He seems to feel the music and then to sing along with it, letting go of the emotions that are created within him. When you compose the songs, are the vocals created second and upon the music or are those creative vocal lines the lighthouse around which the whole song-writing process will orbit?

We usually start out with guitars, drums and bass, while rehearsing this and trying different ways for the music the vocal lines start to evolve. Thomas and I reason about melodies and try out things all along the process, but it’s not until the very end that we write and create the final thing. Usually it’s an act of discovery, I sit in the control booth, Thomas at the mic, he does something and I then tell him how to make it not suck (laughs). We feed each other ideas and I like to push him further, he’s a very good subject to work with, ‘cause his voice lets him do many different things, and he easily finds the connection to a deeper emotion. I think this is the best he has ever sung, on many levels. 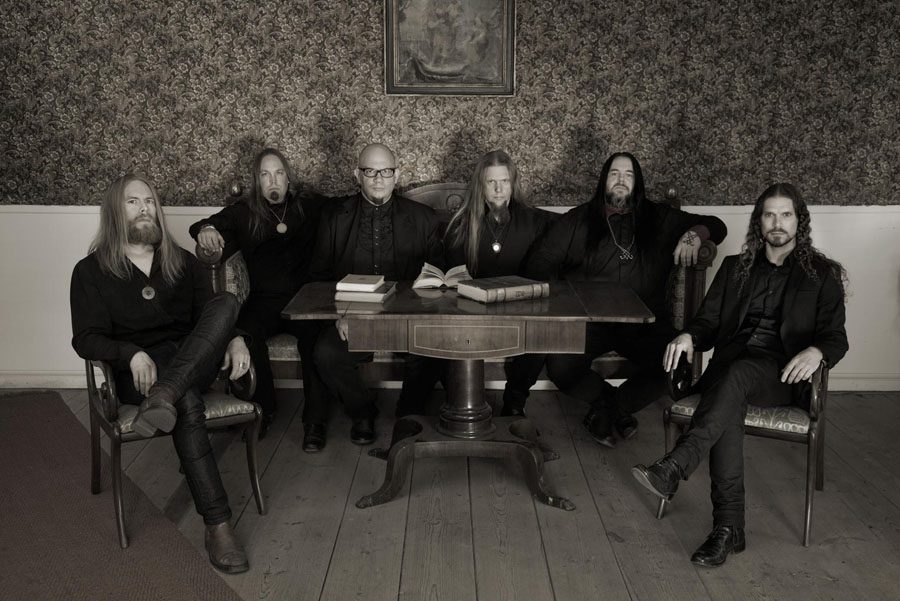 The record’s title represents something holy and sacred… what is actually the unspeakable? Does the title refers to an inner ‘holy grail’ or is the term more universal and simpler?

We choose not to name him, accidently uttering his name at the wrong time, might be perceived as an incantation spell and summon him, the Magnum Innominandum. Maybe a “holy grail” to some and not to others.

Paganism and occultism were famous themes for the bands of the past and today many bands adopt those two themes once again, inspired by the 70’s occult rock. What do those two terms mean to you and how does Year of the Goat work upon the lyrics or the theme of a record?

We root our beliefs in a tradition of enlightenment and knowledge being superior to bronze age superstitions. In our modern world the holes where a God can be put as an answer to a question is getting smaller every second. The Abrahamic religions have a dark history and the evils of them are still surrounding us in the present. Religious beliefs as an excuse to commit horrific acts to your fellow humans seems to be a trademark of these religions. There are so many good things that doesn’t necessitate a God and so many evil things that can only exist with the ideas of an organized religion. When we work on a theme for an album these ideas somehow shine through even though maybe we only intended to make an album inspired by a certain 1920’s horror writer this time. 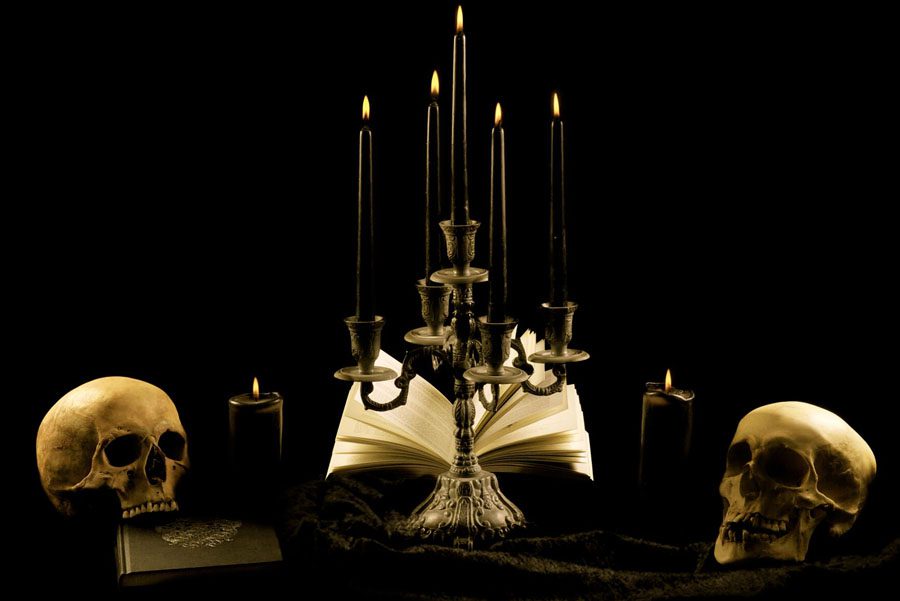 How the audience does have changed since you first began your career? We saw the rise of the vinyl and new genres as well as older ones have emerged and rebooted. What is your opinion about that?

We’re really to busy making our own music to be thinking too much about that. We personally like the vinyl format, but any format that helps us connect with those who get what we do is fine. Other than that no opinions, a good song is a good song, we don’t really worry about being hip or if others do. Let’s hope everyone is happy and get to be healthy in their lives.

Last time you visited Greece and your show was astonishing. Tell us about your experiences in our country and your memories of the Greek audience.

It was a surreal experience, we had a few days with hardly any sleep when we boarded the plane for Athens. We didn’t get much sleep in Greece either. After the first show in Athens we were taken to a restaurant in the middle of the night, lots of good traditional Greek food and Tsipouro made it one of the best nights of the tour, slept for two hours then off to the train. In Thessaloniki a bunch of really service minded youngsters, who had dedicated themselves to making us feel welcome, met up with us at the train station. The best food of that tour, a home cooked Greek meal, it’s worth so much when on the road, many times you get rubbish to eat, but not in Thessaloniki. The after party, we’re glad we came out, we thought we would be too tired, but Tsipouro awakens the spirit. The night snack souvlaki kicked ass too, another short nights sleep and off to the airport. Landing in Berlin, rushing to Hamburg, we weren’t sure if it really happened, did we just spend the last 36 hours in Greece? Maybe we slept for six hours. The audience you say, we met a lot of great people and we were so fortunate to get to play for them, and to share a stage with some of them. Can’t wait to get back, hopefully a less hectic schedule, we would love to see some of the sights the next time around and have more time to get to know the people.

Any special plans about a tour? I presume you have already planned a few dates around the world. Will you visit Greece again?

We don’t have that much booked yet, a few shows in Norway and Sweden and the festivals for next year are beginning to drop in. We would love to come back to Greece soon. Let’s make it happen!

Now something general; which albums are you personally waiting to be released this year or the following one and which was the last record you couldn’t stop listening to?

Man, I’ve been living in a bubble for the last year and a half, I know Ghost released a new album, but I haven’t heard it yet. I have no idea what’s coming out. The last album I couldn’t stop listening to was a Tom Waits album, a triple album, “Brawlers Bawlers & Bastards”, but I usually get sucked into an album and listen to it for weeks or months before I jump into something else. I like to find and enjoy all the different nuances and layers of depth in the music I listen to. Also I listened to Aphrodite’s Child a bit recently, mainly the four horsemen tune, Griftegard did a cover of it with a duet by Thomas (YOTG) and Farida from The Devils’ Blood, they recorded some stuff in my studio so it opened my eyes to that great band. 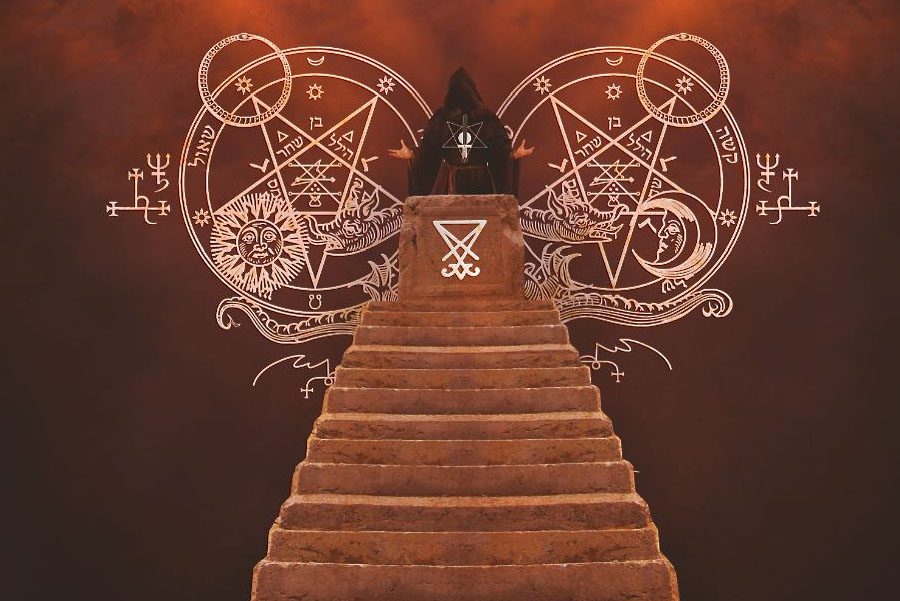 Closing the interview, tell us about the future of the band. Will you hit the studio again the next year or will you continue with tours and take some time off?

Our main focus now is rehearsing the new show and booking it. Also we have begun working on new songs and hopefully the recording process will begin after next summer. We’ll see what happens. Thanks for taking the time to talk to us and to the readers for taking their time to read all the way to these last words. Cheers