It turns out that the road collision that OPETH’s tour bus was involved in earlier this week was no accident. Mikael Åkerfeldt, the guitarist/vocalist for the Swedish progressive metal band, who was not travelling on the bus at the time of the incident, writes on his MySpace page, “I just got a text from [Martin] Mendez [OPETH bassist] who’s saying that the driver of the other car (who made the U-turn [in the middle of the highway]) that our bus crashed into, sadly passed away from his injuries. On top of that it seems as if it was a deliberate death stunt from his side as the police had found a suicide letter in the car wreck.” 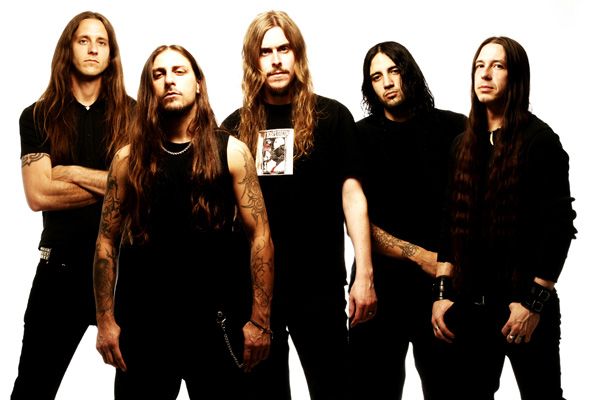 Mikael adds, “I’ve no idea who he was, but I have to say our condolences goes out to his family and loved ones.”

OPETH’s tour bus was travelling from Dublin, Ireland to Brussels, Belgium when the incident occurred.

Mendez and keyboardist Per Wiberg were the only two members of OPETH that were present on the bus at the time of the crash.

Åkerfeldt, drummer Martin “Axe” Axenrot and guitarist Fredrik Åkesson had opted to fly home to their families for a few days while the band had three days off before its next concert (October 17 in Brussels as part of the Progressive Nation 2009 tour with DREAM THEATER, BIGELF and UNEXPECT).

None of the OPETH musicians or members of their road crew were injured in the incident.