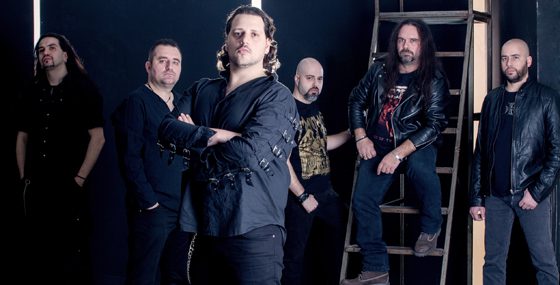 Hey there! It has been a quite busy, but creative period in the INNERWISH camp and now it’s time for some briefing at last.

Finally, the search for our new singer, after Babis Alexandropoulos last year’s departure, is over.

We are extremely happy and proud to announce that George Eikosipentakis will be the voice of INNERWISH from now on!

George is an excellent and experienced vocalist, and fits exactly with the past but also with our plans for the future of the band.

Our first live show with George will be at the Metal From Hellas Festival which will take place on the 26th of May at Gagarin 205 Live Music Space in Athens, Greece.

But before that, our fans worldwide will be able to listen to 2 covers we made, which mark the first recordings with George on vocals and Fragiskos Samoilis behind the drums. One on WARLORD’s classic “Black Mass”, for the “Sons Of A Dream – A tribute to Warlord” release, and one on BLACK SABBATH’s opus “Neon Knights” for a tribute CD that will be released with the Greek edition of Metal Hammer magazine.

Beside all these, we are working on songs for our next studio album. Some tunes are already shaping up and more will be announced in the coming months.

INNERWISH are back on track and the best is yet to come! The desires are burning more than ever!