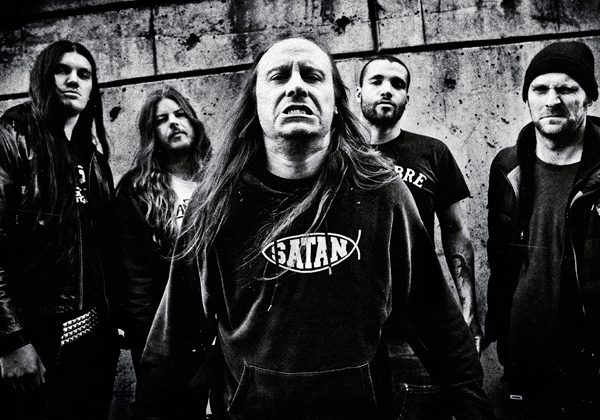 Swedish metal veterans ENTOMBED have teamed up with PledgeMusic to launch a reissue campaign for some of their favorite albums.

Says the band: “Ahead of the campaign, we have created this widget [see below] to get as many of your e-mail addresses as possible. This is so we can be sure all the fans have an opportunity to get all the collectables we are going to include in the campaign.

“Download the song for free and register your address; it’s that simple.”

For more details and to download ENTOMBED‘s cover version of KING DIAMOND‘s “Welcome Home”, go to this location.

Threeman Recordings, which is owned and run by members ofENTOMBED, recently launched a new collaboration with Ninetone Records. The first release under this arrangement was a single for the re-recorded version of the song “Amok” from ENTOMBED‘s 2007 album,“Serpent Saints – The Ten Amendments”, produced by Patrik Frisk(CORRODED).