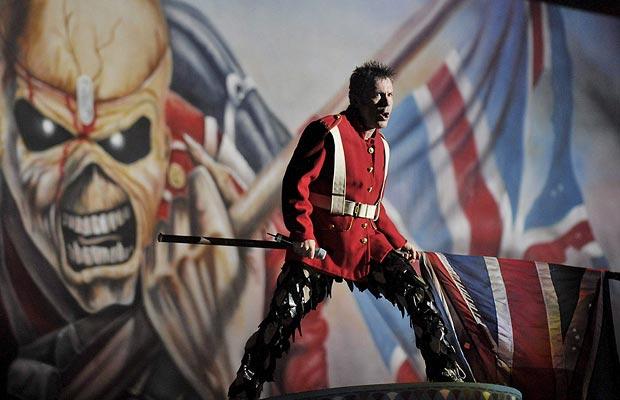 According to The Drinks Business, Robinsons Brewery has announced the production of the one millionth pint of IRON MAIDEN‘s Trooper beer. The brewery said the mark had been reached six months ahead of schedule — just eight weeks after Trooper was launched.

This equates to over 20,000 pints of the beer being drunk every day since its launch on May 9.

Robinsons‘ managing director Oliver Robinson said: “We are amazed to reach this mark in such a short time, a million pints already is way ahead of all rational expectations, and are grateful for the support we have had from the retailers, MAIDEN fans, real ale enthusiasts, our distributors and the beer trade generally as they were so quick to catch on to the genuine and unique quality of this beer.

“This is a great showcase for our new brew house and demonstrates the sorts of volumes it is capable of producing. It’s very exciting to observeTrooper as it expands across Britain and then, we fully expect, internationally. It is easily the fastest-selling new beer Robinsons have ever had, and quite possibly anyone else too.”