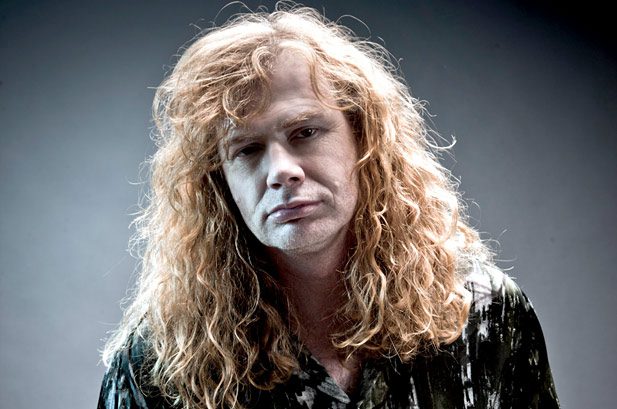 MEGADETH mainman Dave Mustaine recently spoke to Radio.com about the band’s new album, “Super Collider”; almost hiring late PANTERAguitarist “Dimebag” Darrell Abott to play in MEGADETH; and politics, among other topics. You can now watch the chat below.

Asked which band should have included if the “Big Four” (METALLICA,MEGADETH, SLAYER and ANTHRAX) were expanded and considered the “Big Five”, Mustaine said: “You know, people will say there’s a whole another generation, like the ‘Medium Four’ [laughs], and I think there’s a lot of great bands that fit that bill, too. But I think probably EXODUS, because there was nobody else at the time that had that kind of pull or that kind of importance in the metal community. Granted, it was with [lateEXODUS singer Paul] Baloff, and Baloff had a voice that you had to have an acquired taste for, but you know, I liked him.”

“Super Collider” sold 29,000 copies in the United States in its first week of release to land at position No. 6 on The Billboard 200 chart. The CD arrived in stores on June 4 via Dave Mustaine‘s new label, Tradecraft, distributed by Universal Music Enterprises (UMe). The effort is available as a limited-edition CD with 3-D cover and bonus tracks, regular CD, regular LP, limited LP plus a bonus colored seven-inch single with two bonus tracks, and a download voucher.