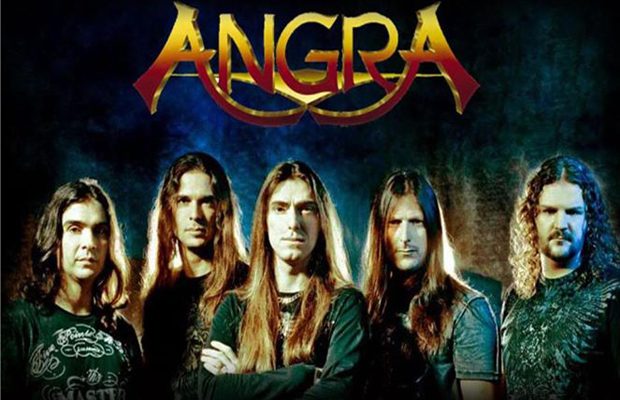 Brazilian melodic metallers ANGRA will celebrate the 20th anniversary of the release of their 1993 debut album, “Angels Cry”, with a special concert on August 25 at HSBC Brasil in Sao Paulo, Brazil. The show, which will be recorded for a DVD, will feature guest appearances by Tarja Turunen (NIGHTWISH), Russell Allen (SYMPHONY X, ADRENALINE MOB) and Uli Jon Roth (SCORPIONS).

Former ANGRA singer André Matos celebrated the 20th anniversary of“Angels Cry” by performing the LP in its entirety on his recent solo tour, which kicked off in March. The show consisted of two parts, with the first part focusing on the material André wrote and recorded with SHAMANand VIPER, as well as during his solo career.

ANGRA tapped acclaimed Italian vocalist Fabio Lione (VISION DIVINE,RHAPSODY OF FIRE, KAMELOT) to front the band for its most recent live performances, including an appearance aboard 70000 Tons Of Metal, the world’s biggest heavy metal cruise, which sailed on January 28 from Miami, Florida and returned to the real world on February 1.

Singer Eduardo “Edu” Falaschi quit ANGRA in May 2012. He explained in a statement, “There comes a moment in a man’s life when it is necessary to make a radical decision in order to move forward with dignity and renewed energy.”

ANGRA has yet to announce a permanent replacement for Falaschi, who is focusing on ALMAH and other projects.