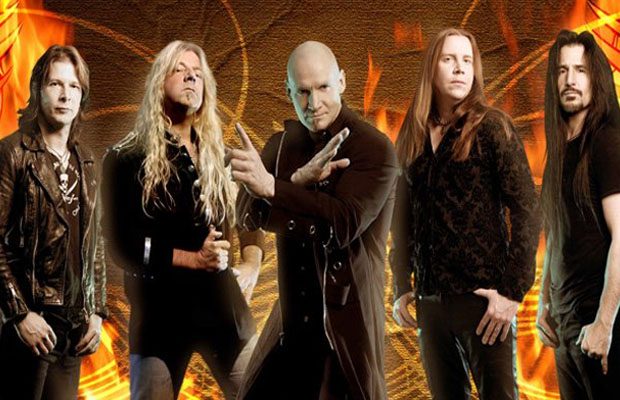 German power metallers PRIMAL FEAR have finished filming music videos for two new songs from their forthcoming tenth studio album, “Delivering The Black”: the first single, “When Death Comes Knocking”, plus “King For A Day”. The band states: “Great vibe and time — you will love it!”

“Delivering The Black” will be released in January 2014 via Frontiers Records. The CD was mixed with Jacob Hansen (VOLBEAT, PRETTY MAIDS, DESTRUCTION) at his Hansen studio in Ribe, Denmark. 12 tracks were recorded during the new album sessions, including “two epic songs, one guitar ballad, and nine crushing metal songs with all the trademarks you know and love to hear from PRIMAL FEAR,” according to the band. The effort was engineered by Achim Köhler (EDGUY, MASTERPLAN) and was produced by PRIMAL FEAR bassist Mat Sinner.

In a recent interview with Jump Metal, PRIMAL FEAR vocalist Ralf Scheepers stated about the musical direction of the band’s upcoming album: “It’s not so far away [from what we’ve done in the past], because we have our style, you know. It was hard for us to imagine… because [2012’s] ‘Unbreakable’ was a pretty tough… and really, in our ears, pretty great album, and for us, it was somehow hard to top it. But as soon as we started to write the new songs, and as soon as I heard what Mat and Magnus [Karlsson, guitar] did in the first place — because then they sent me some stuff and I added my ideas on it — I just thought, ‘Wow, this is amazing.’ And in the end, it really turned out to be a better album than ‘Unbreakable’.”

PRIMAL FEAR‘s latest album, “Unbreakable”, sold around 600 copies in the United States in its first week of release. The CD landed at position No. 44 on the Top New Artist Albums (Heatseekers) chart, which lists the best-selling albums by new and developing artists, defined as those who have never appeared in the Top 100 of The Billboard 200.