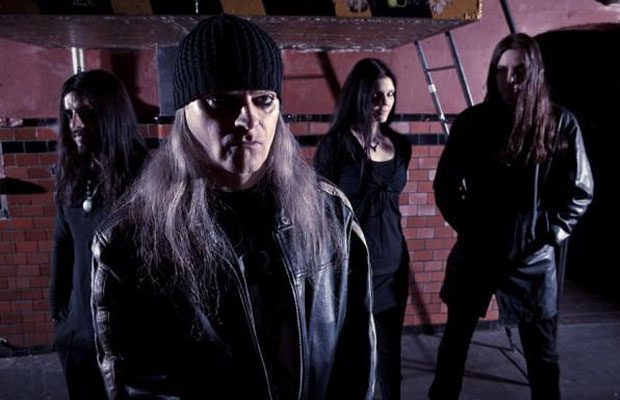 “Melana Chasmata” is evolving to be a vastly varied and strikingly dark and heavy album. The album’s title may be translated, approximately, as “black, deep depressions/valleys.”

Songwriting, arrangement, and recording sessions for “Melana Chasmata” have occurred, intermittently, since 2011. Among the music available for inclusion on the album are songs such as “Boleskine House”, “Stasis”, “Gate To My Own Death”, “Demon Pact”, “Gehinnam”, “Tree Of Suffocated Souls”, “Unchristian Anthem”, and many more. A final track listing for “Melana Chasmata” will be issued in due course, along with further details on both album and artwork.

Much like “Eparistera Daimones”, “Melana Chasmata” is being produced by Warrior and TRIPTYKON guitarist V. Santura, and recorded and engineered by V. Santura at his own Woodshed Studio in Bavaria, Germany, as well as at TRIPTYKON‘s bunker in Zurich, Switzerland.

Says Warrior: “We have been working on ‘Melana Chasmata’ for some three years, in various shapes and forms. It’s not an easy album by any means, and to me personally it reflects an extremely complex gestation period, musically, spiritually, and, due to certain circumstances in my life, emotionally. At the same time, the album unquestionably reflects the continuity I was longing for so much during CELTIC FROST‘s period of self-destruction and demise. Hearing TRIPTYKON creating such utter darkness again and exploring the potential of these new songs has been incredibly invigorating and inspiring.”