THRESHOLD Back In The Studio 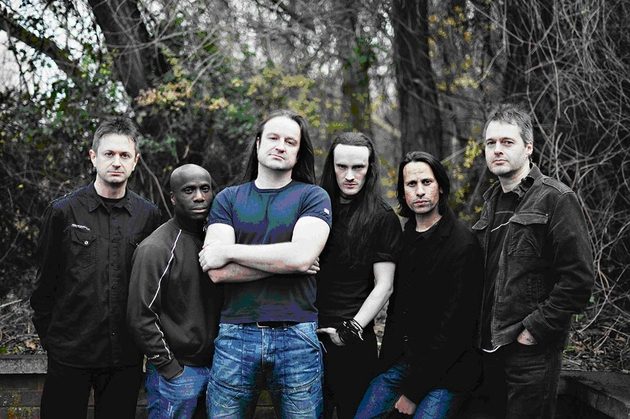 British progressive metallers THRESHOLD are back in the studio working on the follow-up to 2012’s “March Of Progress” for a 2014 release via Nuclear Blast.

Comments THRESHOLD guitarist Karl Groom: “It’s good to be working on a new THRESHOLDalbum and cut the time between releases.

“Our touring for the ‘March Of Progress’ album inspired Rich [West, keyboards] and I to get writing not long after the main set of dates.

“We want to thank everyone for their support during that time. I should add that other members of the band have also have been writing!

“Right now I am tracking rhythm guitars and Johanne [James, drums] is due in the studio as soon as we put the finishing touched on a couple of songs.

“Hopefully 2014 will be another memorable year for THRESHOLD.”

Vocal duties on “March Of Progress” were performed by THRESHOLD‘s original frontmanDamian Wilson (STAR ONE, HEADSPACE), who’s been back touring with the band since the release of “Dead Reckoning”.

“March Of Progress” was made available in a limited-edition digipak, including a bonus track; a standard jewel case edition; as well as in a two-vinyl edition in two different colors, one of them exclusively available via the Nuclear Blast mail order.