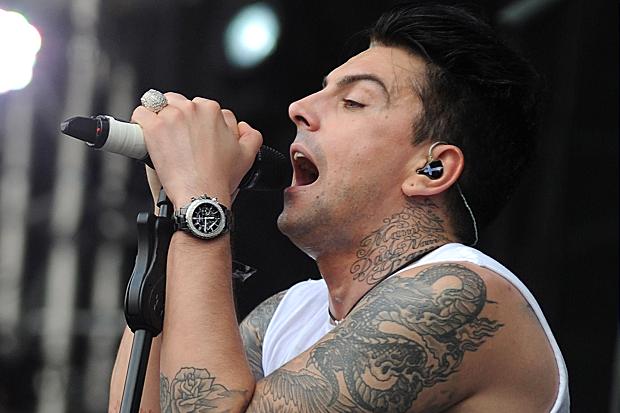 According to the BBC News, singer Ian Watkins of the Welsh rock band LOSTPROPHETS has pleaded guilty to 13 sexual offenses, including two of attempting to rape a baby. The 36-year-old musician admitted three counts of sexual assault involving children and six involving taking, making or possessing indecent images of children and one of possessing an extreme pornographic image involving a sex act on an animal. He will be sentenced on December 18.

“He accepts he was a determined and committed pedophile.”

Watkins‘ two female co-defendants also admitted a string of sex abuse charges against their own children. Clee said: “Both women sexually abused their own children and made them available to Watkins for him to abuse.”

Watkins allegedly sent a text to one of the women saying: “If you belong to me, so does your baby.”

Watkins initially claimed he was the “victim of a malicious campaign” against him, telling police during interviews he was being stalked by “a crazed fan” and other people had access to his computers.

The following details about the charges against Watkins have been revealed:

* A laptop seized from Watkins‘ home in Pontypridd was password protected but was later sent to GCHQ to be cracked. The password was later discovered to be “Ifuckkids.”
* In a 45-minute webcam chat downloaded by detectives, Watkins and one of the two women charged discuss making the baby have sex with animals and take drugs.
* The woman later sent Watkins a picture of herself having oral sex with her baby.
* In talking to Watkins, the mother referred to the child as “your little fuck toy.”
* Watkins said in a message he “wanted a summer of filthy child porn.”
* Investigators found videotapes of Watkins engaging in sex with a 16-year-old fan that offered to lose her virginity to him. She flew from Boston to New York and he videotaped the act. The prosecutor adds that Watkins finished by urinating on the girl and telling her to “drink my piss.”

Here’s the full statement from DCI Peter Doyle, the senior investigating officer in the case: “This investigation has uncovered the most shocking and harrowing child abuse evidence I have ever seen.

“There is no doubt in my mind that Ian Watkins exploited his celebrity status in order to abuse young children.

“Today’s outcome ensures that the three people responsible have been brought to justice.

“The safeguarding of children has been the primary objective for the investigation team and the outcome of this investigation has been achieved through a multi agency approach at an international level.

“Two very young children have been removed from this abuse and given a future that would otherwise have been denied them.

“The investigation has been extremely complex and challenging with key information and evidence being identified from witnesses worldwide.

“A significant amount of electronic data has been retrieved from computers and web based storage which has provided crucial evidence to support the case.

“South Wales Police has worked in partnership with Interpol, other police forces, National Crime Agency’s CEOP command, local authorities in England and Wales, the Department of Homeland Security in the USA and the NSPCC.

“Today’s outcome does not mark the end of our investigations and we will work tirelessly to identify any other victims or witnesses and seek the justice they deserve.

“Above all, this investigation has been focused on the protection of children and my thoughts today are with those victims.”

LOSTPROPHETS announced in October that they were splitting up, explaining in a statement, “After nearly a year of coming to terms with our heartache, we finally feel ready to announce publicly what we have thought privately for some time. We can no longer continue making or performing music as LOSTPROPHETS. Your love and support over the past 15 years has been tremendous, and we’ll be forever grateful for all you’ve given us. As we look forward to the next phase of our lives, we can only hope to be surrounded by people as devoted and inspiring as you guys have been.”

LOSTPROPHETS formed in 1997 and have sold 3.5 million albums in their 16-year career. They scored a No. 1 hit at Modern Rock radio in 2004 with the track “Last Train Home”.