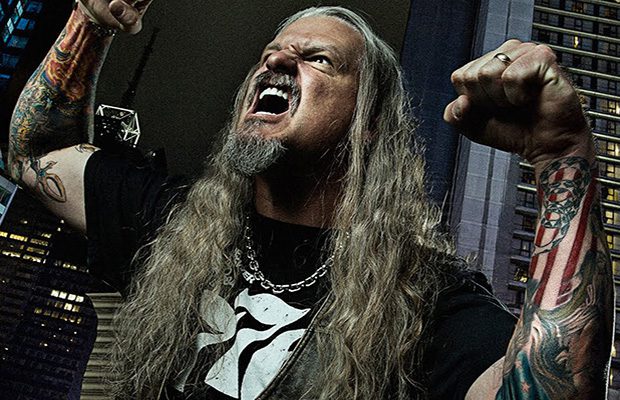 ICED EARTH was recently forced to cancel a number of festival appearances and headlining shows this summer so that the band’s guitarist and leader Jon Schaffer could undergo surgery to address continued pain from a neck injury he suffered nearly 20 years ago.

In a new message on the band’s Facebook page, Schaffer writes: “I’m writing to let you know that I made it through the surgery and am steadily on the road to recovery.

“The surgeon informed us that everything went smooth during the operation and that I should be back in action within a few months.

“Thank you all very much for your support, you truly are the best fans any band could ask for.”

Schaffer previously stated about his need to go back under the knife: “I underwent surgery on my neck in the year 2000, due to an onstage injury that occurred in 1996. Since that time, I have battled with this problem, and it has begun to accelerate in the past several months, causing additional issues that can no longer be ignored.

“In February, while on tour in Europe, I underwent highly specialized treatment in Germany from a doctor who has helped, among many others, Tony Iommi and Eddie Van Halen. This treatment helped sustain my ability to perform so that we could complete our Worldwide Plagues Tour. However, I am now forced to take further, more invasive action sooner than I intended in order to maintain my overall health.

“Surgery was originally planned to take place in September during our break, but I have now been advised to have the procedure completed sooner rather than later.

“As much as it pains me and everyone else in our camp to have to cancel these dates, this is something that cannot be put aside any longer.”