The last time Sabaton visited Greece was four years ago. Unfortunately for me and many others, that very same day there were demonstrations going on, which made it difficult to go. And of course the attendance was quite low. Now, in 2013, this concert was the perfect opportunity to make it up both for Sabaton and the Greek fans. 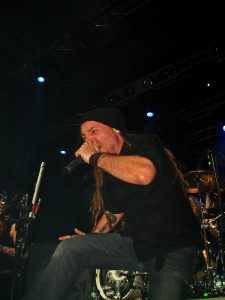 I arrived quite early at Fuzz Club, only to see that there were already metalheads lining up outside the front door, in order to claim a good spot at the barrier, or even get a glimpse of their favorite musicians. It was then that I heard that Sabaton were stuck for a while in Thessaloniki due to demonstrations (again), but luckily they made it on time, just before the doors opened.

Without any delay, the first band was out. The Hungarian Wisdom had the task to warm up the audience with their power metal. To tell you the truth, I hadn’t heard their music before, even though the name was not new to me. But Wisdom didn’t seem to be strangers to the Greeks, as about 300 people arrived to see them. For half an hour, the band kept company to the crowd. The set was based on their two full-length albums; usual power metal that offers nothing new, but with great high pitched screams from the singer Gábor Nagy. As far as the sound is concerned, it could have been better, but that didn’t put off neither the fans, nor the band and both showed that they were having great fun. To add a bit more to it, the set wouldn’t be complete without a cover. And for a power metal band this means Iron Maiden, so we had the chance to listen to a decent cover of “Wasted Years” which got an extra applause for Wisdom. 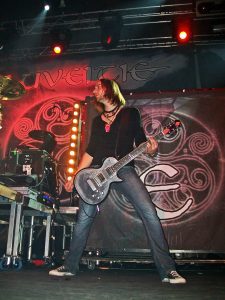 player would not join them due to an illness. The set started powerfully with “Helvetios” and the crowd, which had grown significantly, responded at once. These recent years, Eluveitie are at their best and their music, a combination of death and folk metal, attracts even more metalheads. Their dynamic music had literally everyone jumping up and down. The band gave a great performance, even though they weren’t able to move a lot, and of course the presence of frontman Chrigel Glanzmann was a big plus, as he did a fine job all by himself without the support of the female vocals. A downside of Eluveitie’s performance was the sound; the drums were too loud, so the non-meal instruments, such as bagpipes Uilleann pipes, whistles and mandolin were not heard, unless they were on a “solo”. But the set left no room for worries. “Santonian Shores”, “Thousandfold”, “Home”, Uxellodunon”, “Havoc” and of course “Inis Mona” had the fans going crazy, singing along and responding to every signal the band gave. Chrigel even had them form a mosh pit. After one hour, the satisfied faces at the end of the set meant only one thing; Eluveitie’s show was a big success and I don’t think that we’ll have to wait long to see them again.

It was almost 22:30 and the first “Sabaton! Sabaton!” started echoing in Fuzz. A few minutes later, “Final Countdown” started playing and in only meant one thing. The lights dimmed out and “The March To War” denoted the beginning of Sabaton’s set. First on stage appeared the mighty Snowy Shaw, who replaces Robban Bäck on the drums for this tour. One by one came out the guitarists and bassist. And when the first notes of “Ghost Division” started playing, Joakim Brodén came running on stage. The response of the fans was immediate 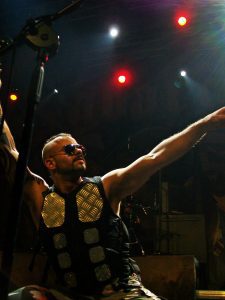 and it would only get crazier and crazier. Sabaton themselves made sure of that! Snowy Shaw giving one hell of a performance on drums, setting the pace for everyone else; Chris Rörland and Thobbe Englund on guitars were running up and down, joking between themselves and the fans at the front rows and having fun, as was the bassist Pär Sundström. But the one who drew all the attention was no other than Joakim. This man has one hell of a stamina! He literally never stopped running, having fun with the fans and thanking us again and again. As for the set, I don’t think that anyone was disappointed. “Gott Mit Uns”, “Carolus Rex”, “Poltava”, “Cliffs Of Gallipoli” created mayhem in the arena of Fuzz. The next song was a decision of the fans; “Attero Dominatus” or “Into The Fire”? The crowd screamed louder for the second. “40:1” followed, along with “En Livstid I Krig” (A Lifetime Of War) another choice of the fans over “Carolean Prayer”, “The Lion From The North” and “Uprising”, a third choice of the fans over “Midway”. The most moving moment of the live was when Joakim told us that he visited Thermopiles and the monument of Leonidas, which was one of the three things he wanted to visit the most, and holding up a Greek flag he gave us “Coat Of Arms” (a special addition to the set). I really can’t describe what was happening in the venue. The only time I’ve seen something similar was at Blind Guardian shows, where the fans don’t let the band perform with their shouts. That’s what happened here. And to make things even better, the next thing we heard was “Through the gates of hell, as we make our way to heaven, through the Nazi lines, Primo Victoria!”. It was chaos! But the show was reaching 90 minutes, and this meant that it would soon be over. For the end, Sabaton chose their most fitting song “Metal Crüe”, dedicating it to us, with a special mention to Aris, a fellow Greek fan, who has seen Sabaton live 37 times! 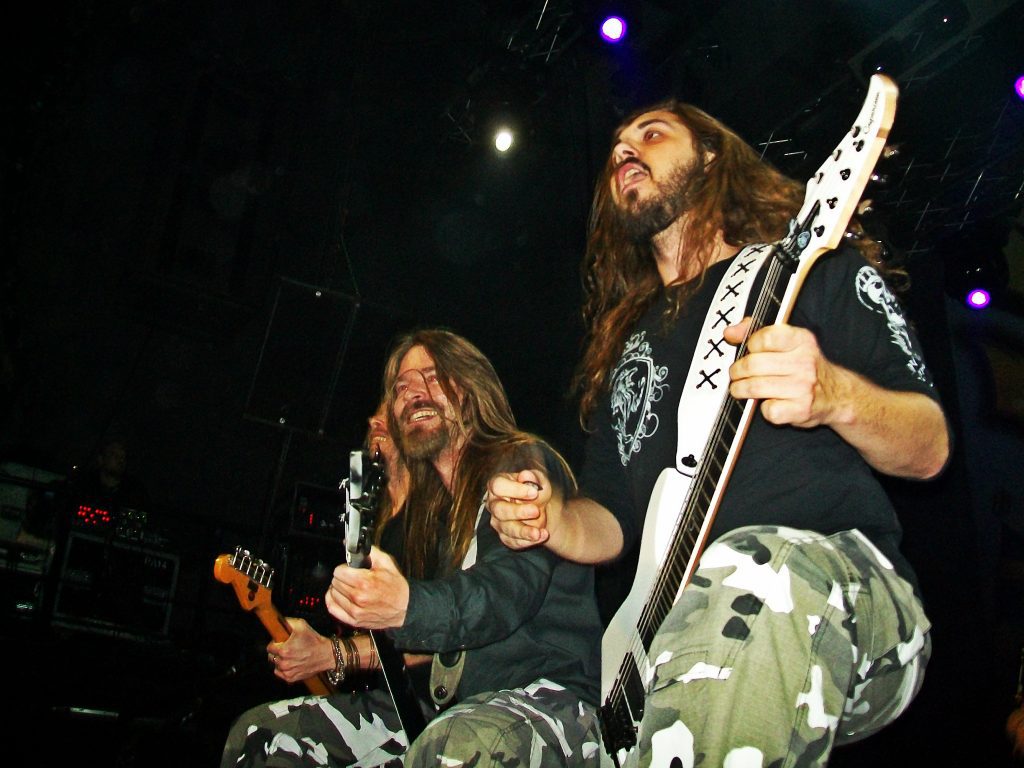 The live ended at midnight. It was a live meant to be a success, as both the fans and the band gave their best selves, and Sabaton set really high standards for the next performances. The nearly 1000 people that attended it wore smiles of satisfaction and happiness. One thing is certain though; Saturday night will say in our minds for a long, long time!