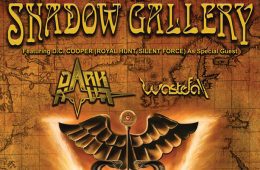 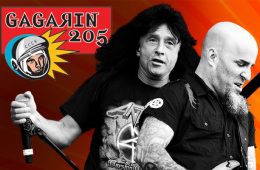 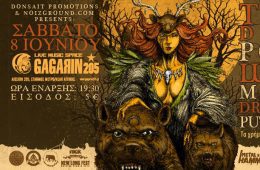 Manos SpanosJune 10, 2013
This Saturday (06/08), a mini music fest took place in Gagarin, a fest for charity reasons. Some of the best Greek groups joined forces to give an outstanding performance and support ‘Ανακούφιση’, a guesthouse for homeless children or homeless grown-ups. The money gathered by the arrangers of the event would be given for medicines and food for the homeless. These actions should take place even more often and the number of people who came by to support was satisfying. The bands arranged to perform were seven and two of them was Tardive Dyskinesia and Lucky Funeral, some of the biggest names in Greek music scene. First band on stage was 2theBone! Those young rocknrollers has been giving support to many concerts for a while. Unfortunately, because of some problems with the transportation, I was forced to drop by late at the concert and only watched two songs by the specific band. The trio performed some good heavy rock songs, with wild mood and badass guitars. Last song was ‘Sister Demon’, a song that was uploaded as a rehearsal demo track recently at the band’s facebook page. I hope I will have the chance to hear more from them in the future. After 2theBone, Puta Volcano came on stage to warm up the audience with some desert rock music. The band rocked heartily, offering great, fuzzy guitar riffs along with strong vocals by the band’s female vocalist.
04 min read 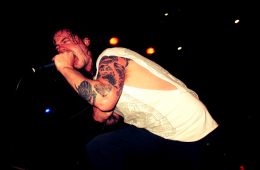 Manos SpanosJune 6, 2013
Night of the beasts this Tuesday on Gagarin205 and prehistoric dogs meet with bats from hell to give us a full scale animalistic experience! I arrived at the venue moments after Cancer Bats had released their merciless assault on the Greek audience’s ears and I was taken aback from the vast attendance on such an early point of the concert. I’m talking about 800-850 people in a 1000 people maximum venue! But after I started realizing what I was seeing, I also realized what a fool I had been thinking that someone would deliberately miss Cancer Bats’s set. These guys were out of this planet! The lead singer’s performance was the essence of the phrase “human tornado”. He was explosive, so energetic that at some point I caught myself thinking that if he keeps going like that for the rest of their set, he is definitely getting a heart attack. Luckily for all of us, he didn’t. He kept jumping up and down all the time, running across the stage when not singing,
05 min read 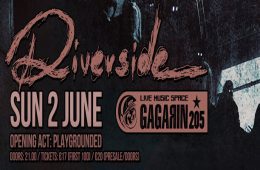 Manos SpanosJune 6, 2013
Sunday night was THE night for the lovers of the progressive sound. Three years after their latest visit in Greece and with a new and exceptional album at hand, Riverside decided to come to Greece once more. And with a little over ten years of existence and five great albums, they showed us why they are rightfully considered one of the best progressive bands. The doors of Gagarin were to open at 21:00 and I arrived at the venue 15 minutes later, only to find Playgrounded, the opening act, on stage and already halfway through their set. The first thing I noticed though, was that the band was really cramped up; they were literally taking only 1/4 of the stage, as most of the space was occupied by the drum set and keyboards of Riverside. Apart from that, their appearance was decent, with a few sound problems. Since this was the first time I saw them live and listened to their work and since I managed to see them only for 15 minutes, I can’t say much. But Playgrounded definitely earned a warm applause at the end of their performance.
03 min read 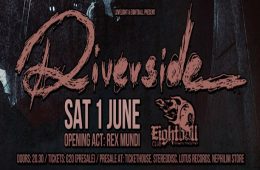 Manos SpanosJune 4, 2013
Saturday 1/6/2013 and finally the time had come to see for the second time one of my favourite bands "Riverside". The doors were opening 20.30 and i arrived at 9 o'clock. At that time weren't much people at the venue. Fortunately as the time passed more and more people were coming. There was a support band arranged to open the show, but unfortunately their appearance was cancelled due to lack of space on stage (...!), there was no room at all to set their equipment and no chance of using Riverside's, so... No Rex Mundi.. Finally some minutes before ten o'clock we heard the first few notes from the bands intro Nightsession 1+2 so we knew the time had come. 10 o'clock sharp the lights went off and the polish progsters finally got on stage! From the first notes i got in all my body goosebumbs, perfect sound and perfect perfomance, you could hear each instrument perfectly clear, professionalism in every level!!! I have been in over 40-50 concerts, there are very few bands who have such live sound and perfomance. The emotional compositions and meaningful lyrics of the band makes you almost cry in their concerts.
02 min read 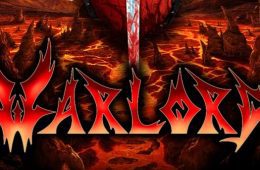 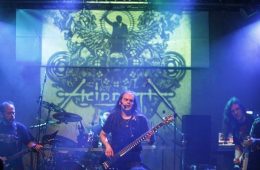 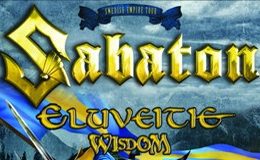 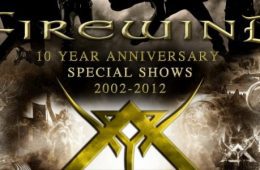