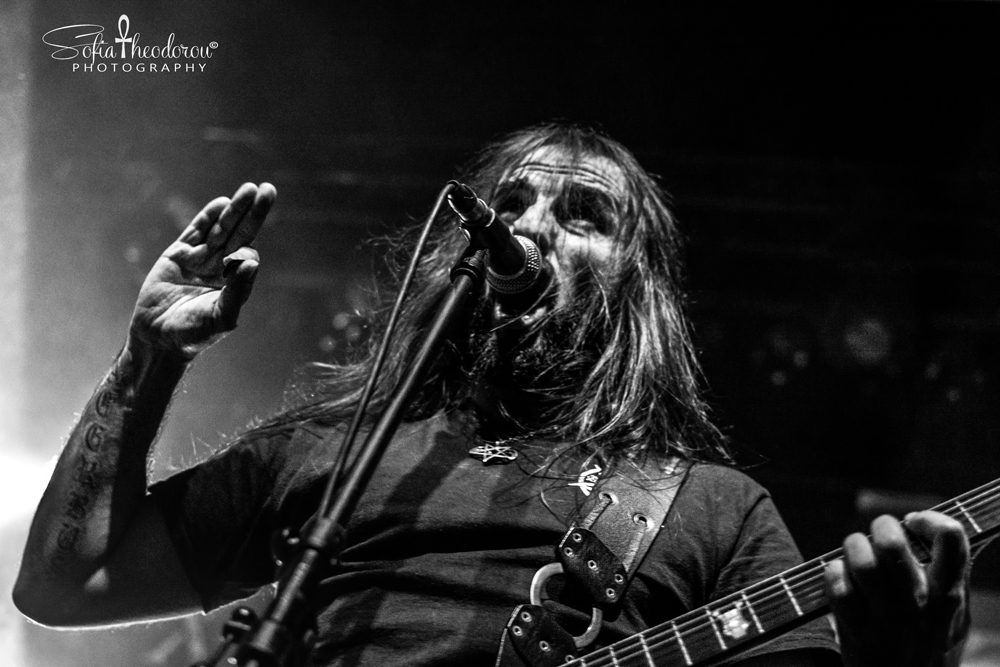 Saturday night in December waiting for one of the last great shows of the year: The legendary Rotting Christ celebrating 25 years of Black metal would play the biggest set in their history, rumored to be over 2 hours long. Regardless of what era of the band one loves the most, there’s absolutely NO DENYING that Rotting Christ are among the legends of the scene rightfully making a name for themselves and the Greek metal scene without forgetting to support up and coming bands on their tours, something no one did for them when they made their first steps in the field of metal. While entering the venue, there was a high level of anticipation from both the new generation of fans brought into Rotting Christ by albums such as “Theogonia“, “Sanctus Diavolos” etc. and the old schoolers wishing upon a setlist full of surprises off the renounced classics such as “Thy Mighty 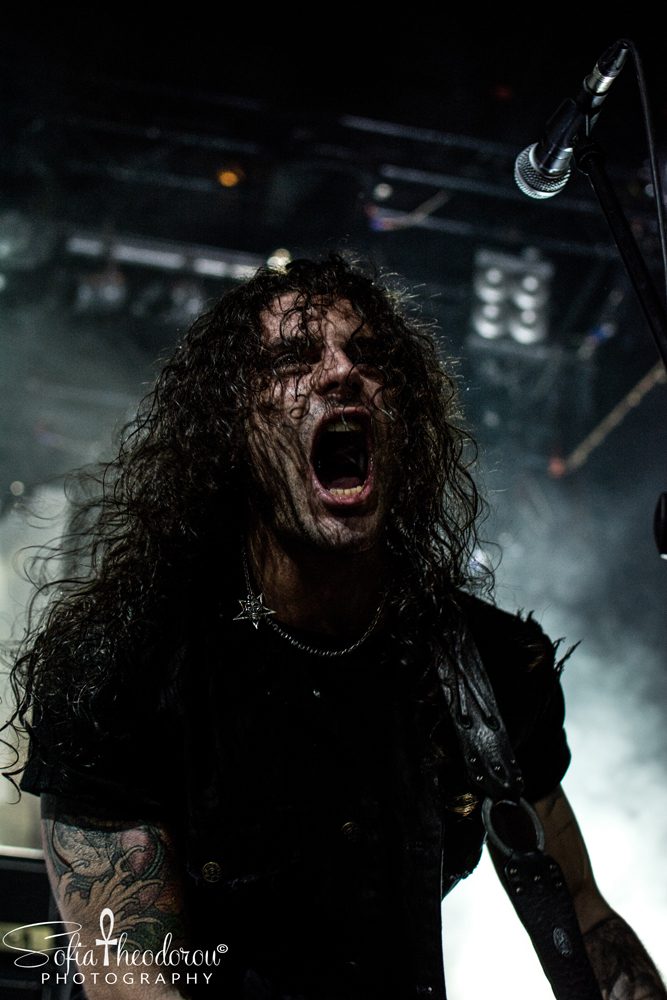 Contract” which had its 20th anniversary.

The band kicks in with the haunting epic “666” off the latest great album”Kata Ton Daimona Eautou“. And the crowd is whipped into a frenzy singing and chanting along with the band. Back to “Aealo” to speed things up a bit with “Dub-sag-ta-ke” and the band seemed in the finest mood possible for one hell of a night. The set went on with “Athanatoi Este” (off “Sanctus Diavolos), “Kata Ton Daimona Eautou” and “Nemecic” (off “Theogonia“) setting the moshpit on fire, showing just how many new fans they have brought to their shows with their latest records. We heard songs from their whole discography that night: the “Satanas Tedeum” demo (“Feast On The Grand Whore”), “Passage To Arcturo” (“Gloria Del Domino Inferni“, “The Forest Of N’Gai“), “Dawn Of The Iconoclast” 7″ EP (“The Nereid Of Esgaduin” without forgetting to thank Magus of Necromantia and Jim Mutilator for helping them in their early days of the band), “Thy Mighty Contract” (“Transform All Suffering Into Plagues“, “The Sign Of Evil Existence“, “Exiled Archangels” and “Fgmeth Thy Gift” played back to back making the writer go crazy!), “Non Serviam” (The uber-classic title track being part of the first encore), “Triarchy Of The Lost Lovers” (“Archon” being in the second encore), “A Dead Poem” (“Sorrowful Farewell“, “Among Two Storms“), “Sleep Of The Angels” (“After Dark I Feel“), “Khronos ΧΞΣ” (“Lucifer Over London” cover of Current 93,one of the best Rotting Christ covers ever!), “Genesis“ 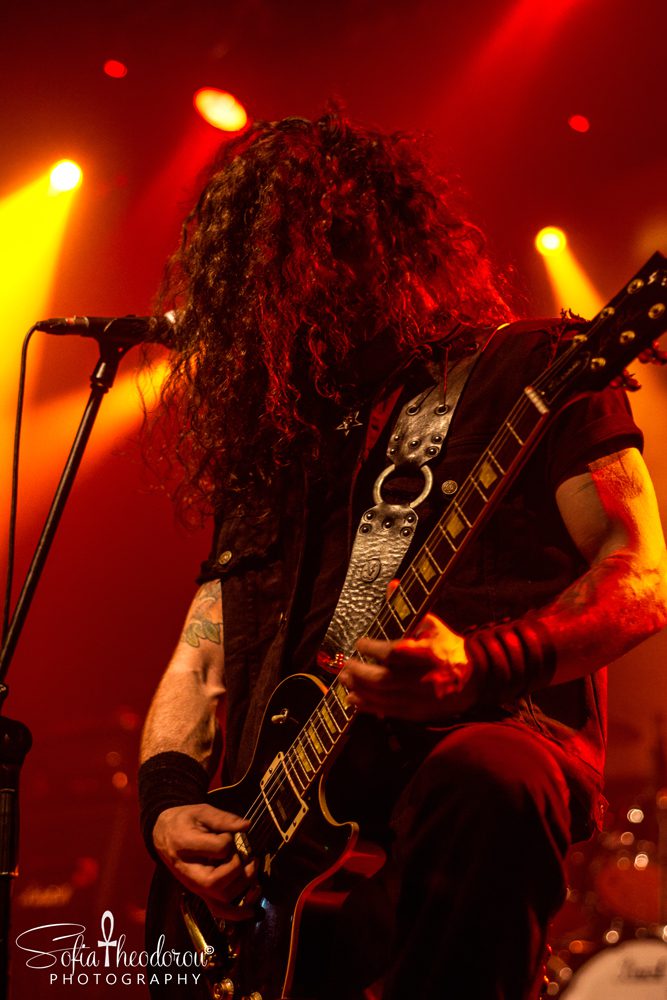 (“The Call Of The Aethyrs” and the amazing “Quintessence“), “Theogonia” (“Χαος Γένετο (The Sign Of Prime Creation)”, “Enuma Elish“, “Phobos Synagogue“), “Aealo” (“Eon Aenaos“, another cover on Diamanda Gallas‘ “Orders From The Dead“, “Noctis Era“, “Demonon Vrosis“), “Kata Ton Daimona Eautou” (“In Yumen-Xibalba“, “Grandis Spiritus Diavolos“, “Welcome To Hel” the writer was hoping they’d play this kick ass bonus track one day!!) and a ripping cover on Thou Art Lord‘s “Societas Satanas” off the “Apollyon” record. After 2 encores, 2 and a half hours and a band furious as hell itself, Rotting Christ ended their setlist with “Archon” causing the last big moshpit in the crowd, followed by a sample outro off the “300” movie.

The only thing the writer could see at the end of that hellish live show was happy faces of either wild moshers, or longtime fans sitting on the back and on the sides enjoying themselves. This is how timeless this band is, we could say they are the Greek scene’s equivelant to Iron Maiden: all time classic band, timeless mark on the genre and always respectful towards the new breed of bands. Rotting Christ fellows, the only thing left to be said is this: Here’s to another 25! NON FUCKING SERVIAM!!!! 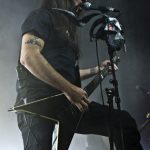 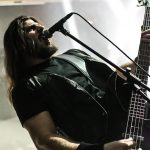 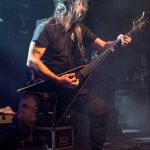 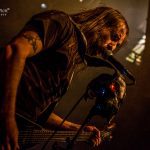 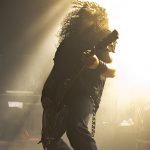 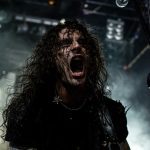 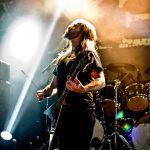 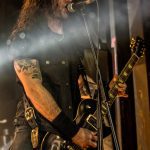 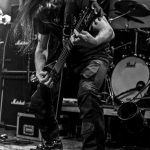 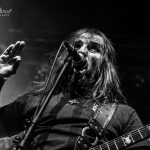 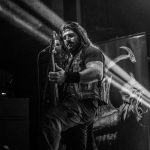 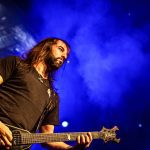 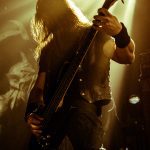 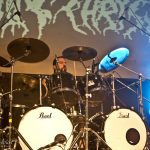 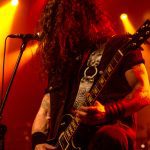 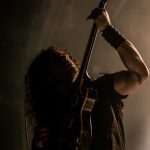 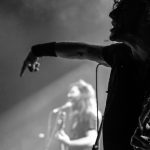