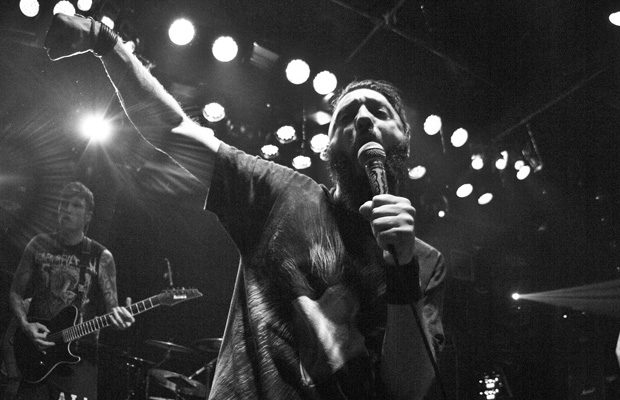 In the 23rd of March, Eightball Live Stage in association with One Two Six Clothing hosted the German metalcorers Caliban. Among them, we had the chance to enjoy four notable and really promising native bands: Kin Beneath Chorus, Bewized, Above Us The Waves and End Cycle.

The doors were supposed to open at 19:30, something that not only didn’t happen, but also there was a one hour and a half delay for once again, which is a phenomenon we are totally used to experience. Personally, I find this really annoying and rude, since time is money for everyone and I hope one day we will get rid of these irresponsible habits that have really stuck upon us.

Anyway, at about nine we, finally, managed to enter. To be honest, I didn’t expect many people (it seems that the crisis has affected a lot the concerts lately), but instead, there were about 200, a number which has fully got ahead my expectations and witnessed that some people have really worked hard for what was going to follow. 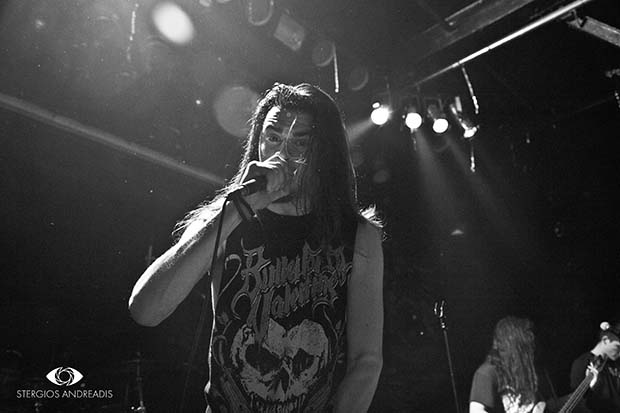 First band on stage was End Cycle. A newcomer metallic hardcore band, which, judging by their cover song and their synthesis, is obviously influenced by the sound of “While She Sleeps” and other similar artists. Despite the fact that Eightball’s sound quality has been really improved lately offering a decent result, unfortunately, this time was way too poor, to the point where you could barely notice any guitars and the actual sound of “End Cycle” was overshadowed by a mix of rhythmic hubbubs. However, the guys did their best to prove us that even though they don’t have much experience on stage, if they work hard and focus on what they’re doing, they may achieve their goals and the crowd’s attention. I would prefer to see them again before stating my complete opinion, because I believe in a possible remarkable progress by their side. 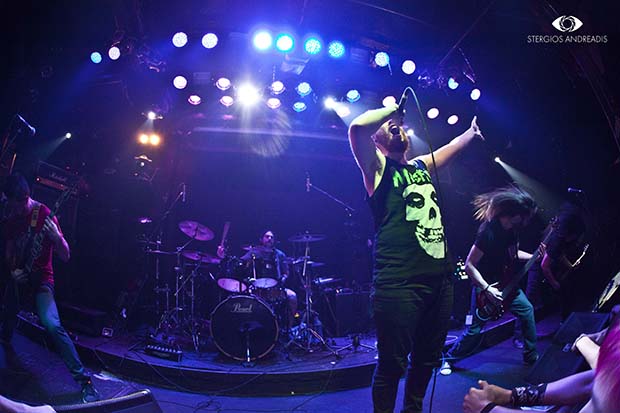 Second band was Above Us The Waves, which was the night’s biggest surprise for me. Last time I saw this act, was good. Just good. Now? We’re speaking of 100% progress. The greenhorn quintet has now transformed and, even from the first moment on stage, has shown that they have worked really hard to achieve a personal ID. The traditional Swedish sounds in a modern combination of “Architects to Meshuggah” riffs, plus their vivid stage appearance (at least the lead singer’s, the others have to work this a little bit more) made everyone co-operate with the band, creating a pretty cozy and intense atmosphere. When your expectations are not big but the band proves you so wrong, happens to be one of the most pleasant thing that could happen to a concert. Everything was satisfying and the only negative thing you could notice was the fact that, after a while, the singer seemed to lose his skills in singing the clean vocals, which was not due to his inability but because of his weakening, caused by the unstoppable movements. “Above Us The Waves” left me with such a good impression, that I’d really want to see and review them in a biggest event. 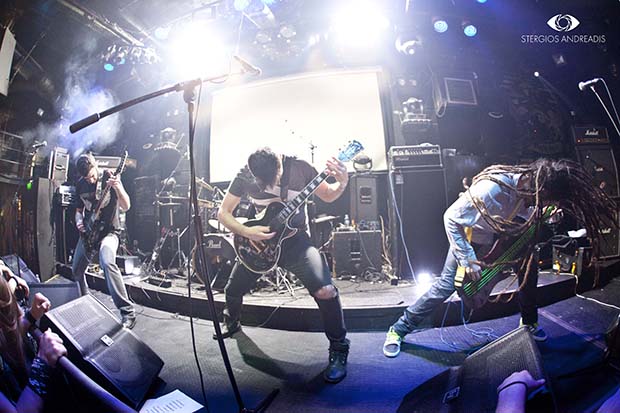 The torch is passed to Bewized, a metalcore band from Thessaloniki with various deathcore approaches. Actually, I’m not very sure about those guys. They seem to be masters in promoting their selves and in a short period of time they managed to gain many followers, but I believe that they pay a little bit more attention on secondary things, like the above mentioned promotion or their technical skills, than composing songs that would make them sound different from what we are already used to. I mean, they are good players. Their stage appearance is good, as well. But their tracks are monotonous, nothing special that we haven’t listened. Ordinary blend of blast beats followed by some breakdowns, melodic guitar riffs and brutal vocals interrupted by some clean ones. And, unfortunately, if people want to listen to the same motif, they probably won’t look for a newcomer but they will remain loyal to the ones they have, already, trusted before. In a few words, they really have the potential, they just have to seek for a personal spot which will give them the chance to expand even more than they accomplished by now. 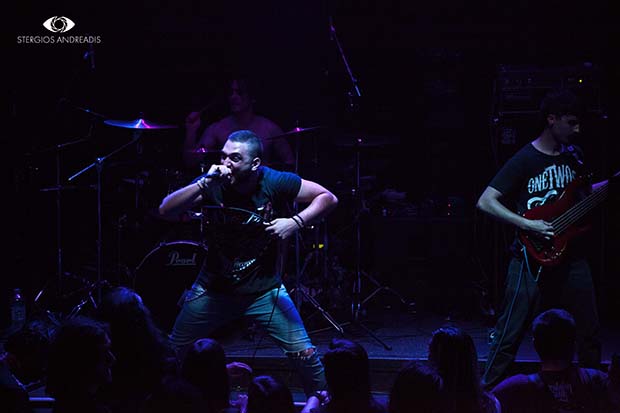 Fourth on the list is Kin Beneath Chorus. We’re speaking of pure, new-styled, deathcore which cannot be mislead by the audience. Which means that, either you got it…or not. But “Kin Beneath Chorus” definitely has it. Following the path of “Suicide Silence”, they succeeded in making everyone crazy, gratifying even myself, despite the fact that my brutal choices are closer to the traditional death metal sounds of the mid-80’s. What really surprised me that evening (and not only while “Kin Beneath Chorus” was playing), is the fact that during each band’s appearance, the attendants were singing their songs and had really become a part of the show, creating a “giving & taking” mood between the crowd and the musicians. 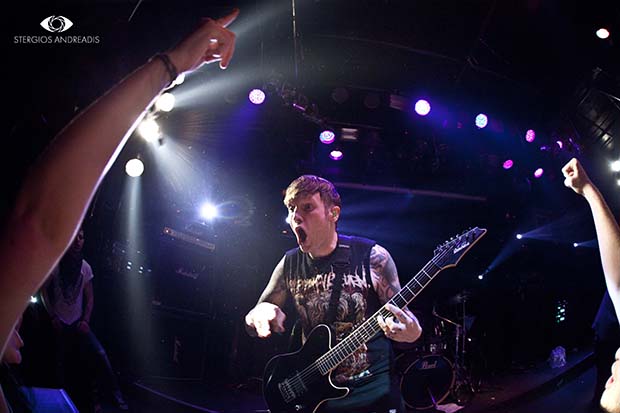 The time is 23:30 and it’s time for the headliners to jump on stage. Caliban was determined. Without losing any time, they entered decidedly, gave some instructions for a safe stage dive and immediately started the party. The band seemed totally ready to leave the greatest impressions, was full of energy, in a really entertaining mood and made everyone to partake by asking for some sing along or circle pits. Some rumors I cannot confirm, wanted the band to have some pre-recorded samples to reinforce their sound, which is kind of disappointing but, no matter what, the professionalism of the Germans was obvious from the ease of communication to the knack of performance, completing a wonderful show and leaving everyone with a big smile of gratitude. Their set-list lasted for one hour and 10 minutes, and it was quite full, with no complaints of dissatisfaction from the audience.

Before I stop writing, I really feel like congratulating whoever contributed to this “delicious” evening. From the low ticket price to the filling line-up and the goodwill of the crowd, Sunday’s show was a proof that the scene is alive and that if we continue like that, we will be able to enjoy much more striking bands we admire.