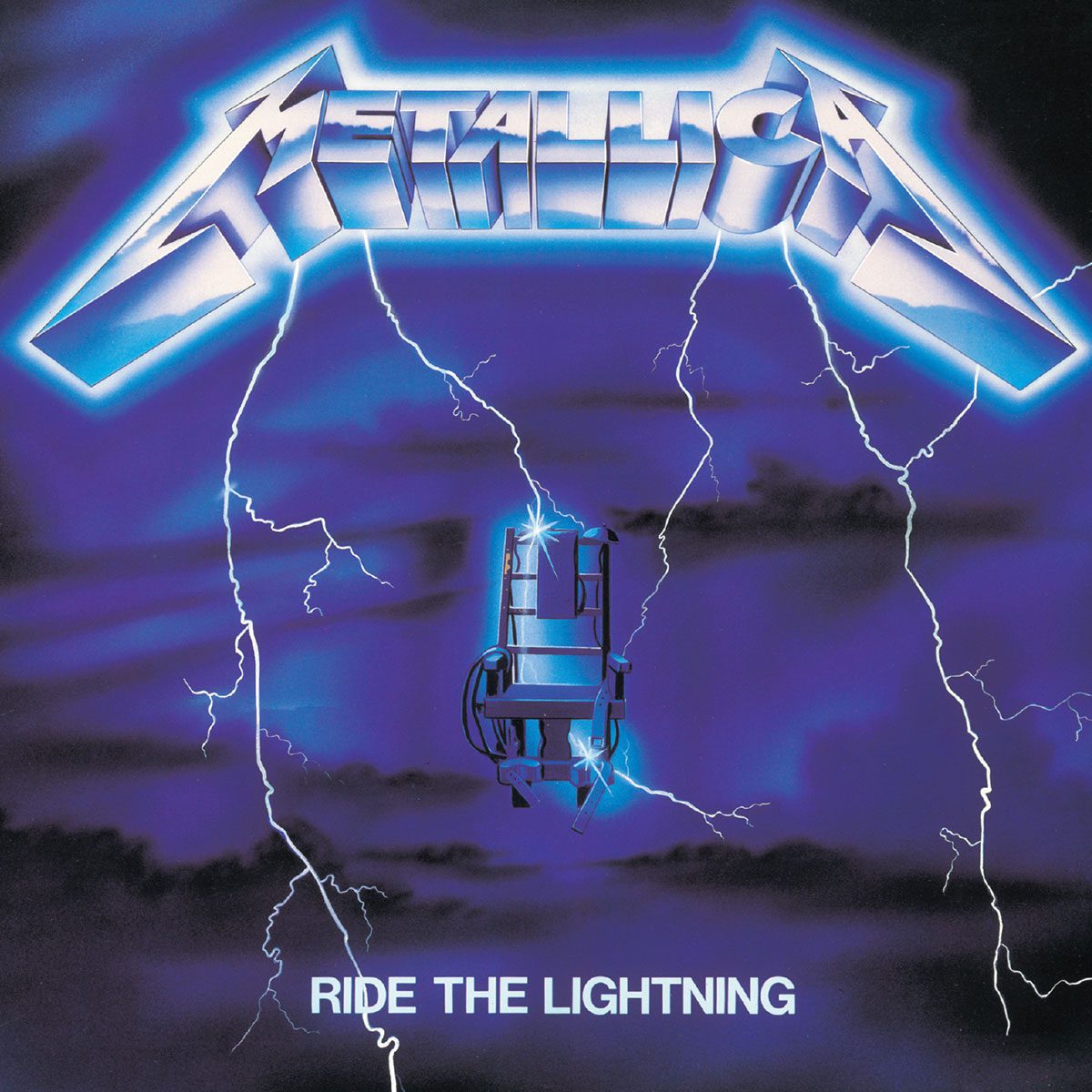 Year 1981: A band was founded in LA, California making its first live shows, without the encouragement by the audience and the venue owners getting chairs thrown at them. Yet still with the will to take the stage and get their share. That band was called Metallica.

The bands original line-up? Rhythm guitarist and vocalist James Hetfield (since John Bush from Armored Saint refused to be the vocalist), Dave Mustaine on lead guitar, Ron McGovney (flatmate of James Hetfield) on bass guitar and Lars Ulrich on drums. This lineup recorded its initial demo tape called “No Life Til Leather” (1982_ including some of the first Metallica material such as “The Mechanix” (lyricwise a song about a blowjob in a garage where Mustaine worked at the time, musicwise an excellent sample of MegaDave’s songwriting skills, was slowed down and was known from Metallica as “The Four Horsemen” and that early structure and name passed on to Megadeth), “Hit The Lights” (first Metallica song ever written) and overall 7 out of the 10 songs that would end up on “Kill Em All” a year later.

Within that year Metallica fought with McGovney, kicked out MegaDave because 3 large egos in one band could be just too much (or we could just say they fought over James kicking Dave’s dog but it would have happened sooner or later), moved to San Fransisco and of course found out that Trauma had a bass player called Cliff Burton and Bay Area heroes Exodus gave away their guitar player Kirk Hammett. On “Kill Em All” it was the first sample of what Metallica was going to be: one of the records that defined Thrash metal in its earliest form mixing Motorhead, Iron Maiden, Judas Priest and pure Hardcore/Punk adrenaline and attitude that blew out everyone’s speakers back in the day!

But that wasn’t enough for that ever rising group of heroes for every one labelling himself a Thrasher. Enter the Sweet Silence studios in Denmark and under the guidance of Flemming Rasmussen produced what was the first Thrash album that got into the charts: “Ride The Lightning”. An album that kicks in with a melodic interlude before a massive fast riff rips your face apart on a song called “Fight Fire With Fire” showing the first change within the band: lyrical subjects. That song deals with nuclear warfare and destruction (“Soon to fill our lungs the hot winds of death the gods are laughing so take your last breath…”) whereas the songs one year prior dealt with drinking destroying and kicking poser asses. Up next and while you’re still trying to get yourself together in comes “Ride The Lightning” with its powerful yet plain drum sound and Heavy as fuck riffage dealing with a person facing the electric chair for execution (“Flash before my eyes now it’s time to die…”) going through a fast part after the second chorus into the best solo Metallica ever wrote according to the writer keeping the listener completely shunned by the epicness of this song and engrossed by the story.

Up next Metallica show their love for literature creating a Heavy track starting off with Cliff Burtons‘ immortal bass riff for necks to crack called “For Whom The Bell Tolls” taken from the Ernest Hemingway book of the same name. This song deals with the Spanish civil war and it’s pointlessness, painting a grim image for the listener (“Take a look to the sky just before you die it’s the last time you will!”) with Lars’ drums pounding like machine guns and guitars crunchy yet so fuckin HEAVY! Another thing we notice is that James has a more mature voice and actually sings rather than just screaming. And this is made evident on “Fade To Black” a song that was inspired by the band being robbed off of their equipment and the disappointment they felt (“Life it seems will fade away, drifting further every day…”), creating a metal ballad with so much passion and intensity that is broken into that epic riff after the second verse ending the song with a beautiful yet so passionate solo courtesy of Kirk Hammett.

“Trapped Under Ice” comes up next to bring up the tempo of the album with some Thrash riffage and the midsection with its incredibly intense riffage in the middle ending with a riff that Kirk wrote for Exodus‘ “Impaler” (would end up on “Tempo Of The Damned” 20 years later), but what matters the most is that its used on two amazing tracks. Followed by the only track alongside “Don’t Tread On Me” that James never really liked because he thought they were written for a commercial cause. It’s probably the most melodic song on the album and the catchiest one as well, but even that song contained a strong message of youth defiance, doing things your own way cause no one is to say what wrong or right other than you (“Life’s for my own to live my own way”).

Then we have the old school classic and the writers personal favorite “Creeping Death” starting with the epic groovy intro, going into the classic mid tempo riff going into the ultimate chorus (“So let it be written so let it be done, I’m sent here by the chosen one. So let it be written so let it be done, to kill the first born Pharaoh son, I’m Creeping Deaaaaaath!”) dealing with the issue of Moses’ people wanting to leave Egypt including another top notch solo by Kirk Hammett and the well known “DIE!DIE!” riff that was originally on the first Exodus demo “Die By His Hand” on the self-titled tracks’ chorus. Here it’s just being used right before the final verse and chorus. And finally “The Call Of Ktulu” with Cliff Burtons‘ bass showing some great leads adding to the monstrous riff-fest of this instrumental classic devastating your neck and ears. Especially the final riff and the ending is one of the best one could hear in a metal album.

This is a milestone for heavy metal, how Thrash metal is capable of breaking boundaries of the underground and make it into the charts and be succesful. And after 30 years it still sounds as fresh and as touching for the writer (and any listener in general) as it did when he first heard it in his life.

And this is the point where I get to say something that represents every hardcore Metallica fan on this planet: thank you Metallica! A special place in my heart is reserved just for you and this is my top metal album of all times.

“Life’s for my own to live my own way”