During our discussion with Christian Olde Wolbers, he refuted some of the rumours that have been going around for quite some time now, ragarding both Fear Factory and Arkaea. 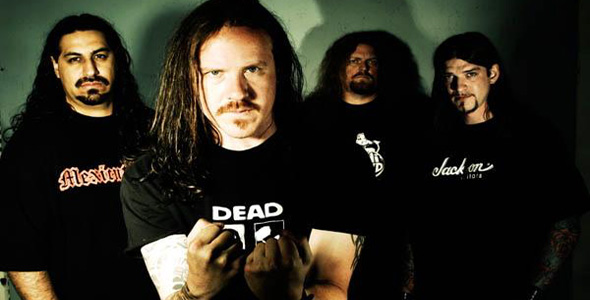 You’ve been very busy recently with Fear Factory and Arkaea, while you also produced the new Bleed the Sky album, “Murder the Dance” and helped God Forbid in studio with their latest album “Beneath the Scars of Glory and Progression”. How do you find the time and energy for all this?

I don’t know (laughing)… I guess the passion for music is what drives my actions. It seems that I just dive from one project into the other.

Is it true that you are currently recording the new Fear Factory album? If so, is the album going to be similar to “Transgression”, similar to some of your older albums or something genuinely different?

Actually, despite the rumours, we are not recording a Fear Factory album. We are recording the debut album for Arkaea right now. We are almost done with vocals and I am currently editing all the Guitars, Bass and Vocals.

It has been rumored in the past that Fear Factory will perform in Greece. Is that true? Do your future plans regarding live performances include Greece too?
Yes! Arkaea will definitely be playing in Greece sometime next year and Fear Factory should be going there sometime too. Honestly, I have never been to Greece, so what could be a better opportunity for us to visit Greece, other than performing there…

Arkaea is a new band that features two members of Fear Factory – Raymond Herrera and you – as well as Jon Howard and Pat Kavanagh of Threat Signal on vocals. I assume the new band will have a sound a lot similar to both Fear Factory and Threat Signal, but to what extend is it going to be different?

Arkaea’s sound is much more diverse and more open. It’s still heavy but we have the best of both worlds – heavy and melodic. Jon is an amazing singer. He is very talented and very passionate for what he does. He has a hunger for making good music. Therefore, we were able to push things to a new level. We are definitely trying to find one song on this album that actually describes what we are trying to do. And the truth is that there is one song in particular that we characterizes us and is called “This is our sound”. I think that song might be the opening track of our album and set the mood and tone for Arkaea. 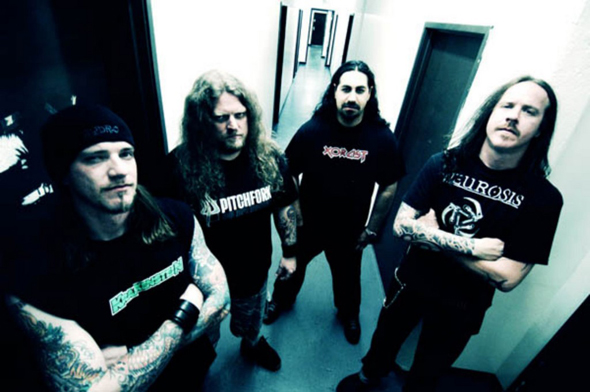 In the past you produced Threat Signal’s debut album “Under Reprisal”. Therefore, I assume that Jon Howard, Pat Kavanagh and you got along very well. But how did you finally decide to form ARKAEA?

Some of the Arkaea songs and riffs were originally writings for the new Fear Factory album, but since we didn’t have a label and the other members were working on side projects and solo records, we decided to form a new group and not let all this writing go to waste. Besides, I always wanted to form my own band. So, Raymond and I decided to form a new band and I knew Jon and Pat from Threat Signal were available, so we formed Arkaea. At the same time, I believe that Jon is an amazing and very talented singer, so I felt that I had to do a project with him…

What are your plans after the release of ARKAEA’s first album? Is it true that you are planning a world tour? And if so, are you planning to visit Greece too?

Taking into consideration how things are moving forward so far, I believe that the album will be released in May. We want to have enough time to spread the word about the band and do some promotional interviews etc. Other than that, yes, we are planning a world tour and we would love to perform in Greece too… Of course!

Yes, it was amazing! I deeply admire Robb Flynn, so above all I was honoured when he asked me to be part of his project.

If you were asked to do something like this again – meaning to cooperate with several other known and respected artists to produce an album or to perform live – would you do it?

Well, Stephen Carpenter is one of my best friends… We have a band called Kush and he’s still one of my favourite guitarists. So, I would definitely do something with him. Other than that, I like Mike Patton and I would be honoured to work with him. But I should point out that I have already had a change to work with several of my favourite artists…

What do you prefer, working in the studio or touring? Why?

like both actually. It’s the whole experience of being in the studio – recording, mixing, editing – that I find challenging… But I’m also looking forward to go on tour again… Being on tour is an amazing experience and every time feels so great!

So many funny things have happened and I’ve had so many experiences that I will never forget, that I honestly don’t even know where to begin…

You’ve got many tattoos and probably most of them mean something to you. Is there one that means something very special or maybe serves as a reminder for a very special moment in your life?

All of my tattoos are special to me… They all symbolize certain moments and times in my life. At the same time I love Japanese art, so I’m still working on finishing my back and sleeves at the moment.

Christian, I guess that’s all. Thank you very much for your time…

Thank you, Rena. That was great…