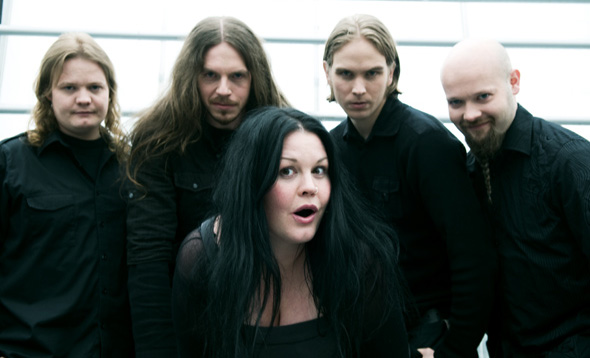 Madder Mortem visit Greece once again and Metalpaths meets the smiley front-woman Agnete for a small chat 10 minutes before the last soundcheck for Thessaloniki’s show. Observe!

Agnete you have a new album some months now can you tell us about the recordings?

Well, this time we recorded it ourselves, which was really great actually.You see, when you have to rent a studio the hours required are insane. It really takes time to experiment and try out things. My brother is a sound engineer and he obviously knows the technical stuff so we didn’t have to always look at the clock and rush things. We had all the time we needed, which means we could try things and experiment with tiny little details that probably noone will ever notice, but we loved it and also being able to record at home, in the countryside, is just a different vibe. It’s really nice you know, after you’ve finished the day go back home have a barbecue and relax, instead of leaving in some apartment down in the basement of a studio.So, recording it was really good. The bad thing about it is, that my brother gets stuffed with a lot of work obviously. Being a musician, a producer and technician at the same time, isn’t quite ideal cause it’s pretty complex. On the other hand, somebody who knows the music from the inside, handles the sound better which I think that it is a very nice thing and we are really happy with the production. 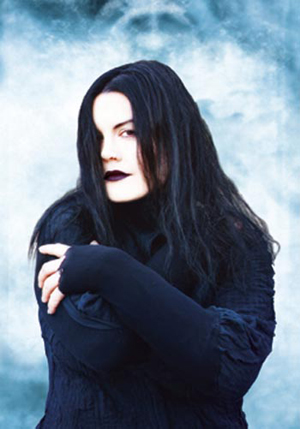 You had some member changes a few years ago. How do you feel about it?

I think, that in any band that works like we do, any member changes are quite important and more and more, with the years, we try to work as a band as possible. Nowadays, all the songs are basically written in the rehearsal room. This means that when you play with two different people the chemistry and the outcome are gonna be different anyhow. You know things happen. I don’t believe in fate, things happen in people’s lives. Our previous bass player left because he needed more time with his son, I think it’s very good reason to quit a band.So, it wasn’t proper to play with him anymore. Now, with the new bass player, we have different qualities and understanding in different ways. Of course, all line-up changes have been very friendly, because we are still friends with everybody and we keep in touch with the guys.We don’t have any short of hateful things going on or whatever.

Your Latest album “Eight Ways” sounds more accessible to the audience. Was it consciously written for this reason? or it was just a matter of luck?

Mostly luck, when we write music, things just happen to end up like that. I think a big part of that, is because of the production. It was made somehow soundwise “easy” for the listeners, especially when you do complex music like we do, it’s important soundwise to be easy to listen to. Maybe we been messing around with some “commercial” choruses also which might have helped a little more (laughs).

You also have a new video for the song “Armour” and I think that it was very artistic and I really liked it. How do you feel about making videos?

I think making videos is great. We were really fortunate this time, because all the animations were done by a friend of ours, who had just singed a long time period contract with a big animation company, so he did a really chip job and had all his talent come up, to show his job for the company, you know, for commercial reasons and for other bands to see that he and his team are making videos and animations. Being able to do something like that it’s fantastic. Usually we wouldn’t cover the budget to make a video the way we would like to. There’s actually another video coming for the song “Where Dream and Day Collide”. The same guy has been working for the video and it’s gonna be only animation. Hopefully it’s gonna be finished by Christmas and we’ll try to release it around February/March 2010.

That’s really nice!Do you think, videos or some other promotional stuff that companies love to release, like CDs with bonus DVDs etc. are all necessary for a band to go on these days?

I don’t know.I think videos are becoming increasingly important because of YouTube! It is somewhere where people would go and might accidently hear your music.As for the limited stuff I don’t know, I think that is mostly for the collectors who need to have every copy, but we’ve never made something like that.It would be cool, I mean editions in vinyl , I really like those ones. I think videos make a lot more sense because they get to be seen and can actually have a different artistic expression and add something to the music as well. There’s a lot of silly things also published.I don’t know if it matters for a band to have a coffee mug or whatever. T-shirts are a part of the Metal culture.But let’s take a look at the music. I mean if the music is not there, if the music sucks, you can rub it up in golden box, but it’s still gonna be a crappy piece of music. I’m kind of sorry to see that the essence of this music has been changing through the years this way. In the old days, it didn’t matter what you looked like, you wore your shorts and your t-shirts and you were ready. Metal is short of becoming more and more image stuffed and it wasn’t supposed to be like that. In my opinion, metal is supposed to be about the rebellion of the spirit, and not about commercialism. It is about art and expression.It seems though the development actually goes in a different way. I’m sorry to see that happen! 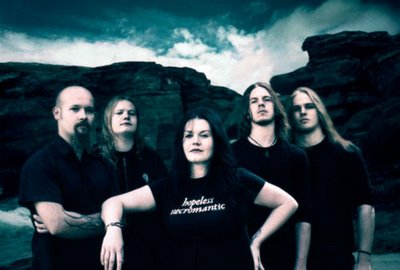 You write all the lyrics for the band, I’d like you to tell me what does take your attention to start writing?

It’s always music first. Sometimes I make my vocal lines before having any lyrics written and sometimes I start to improvise and words pop up. My subconscious tries to tell me that this words belong to that part of music that moment, and the certain feeling behind that music. Then I try to fit some normal lyrics at home and try to intellectualize it. I think about what am I wanting to say, at that particular moment, in a song. I believe lyrics should try to retell the music in a weird way.

Madder Mortem’s music style has a difficult character for the listeners. People that are conscious of what they hear, actually listen to your music.Your music is not that easy, It’s progressive and I think you’ll agree with that…Do you think your music is ever gonna get popular in a way or is it gonna stay just for the mental people?

I don’t know how you become popular…One of my favorite bands is Faith No More, and that’s not easy music! Opeth are also getting huge and they are not an easy band to get involved with! I mean they’re great but they are complex. A few days ago, I watched a Beatles documentary and their music is not easy music to listen. I think people that are into progressive metal or metal music in general,listen to music in a different way.Pop people listen to vocals only, because pop music is all about vocals. They hear the words first and then they listen to whatever melody behind it. People that are into prog music, try to get the whole picture and that’s difficult!!!I think it depends more if you let the audience get into you. It doesn’t matter if it’s complex. I think the markets have the tendency for the consumers to actually not listen , they just want to give you a package that’s ready and make you believe that’s something that anybody needs.It’s like fast food! Everybody likes good things if they can get it!

So Agnete, one last thing! Tell a few words for everyone that is gonna read this interview on the internet! Whatever you want!

Oh, I have to say that we are really happy to be in Greece! Everybody should buy our records, so that we can come back every year! (laughs) Especially now when the weather in Norway is not shiny as yours here!

Thank you Agnete for your time.

It’s been a pleasure. Thank you too!