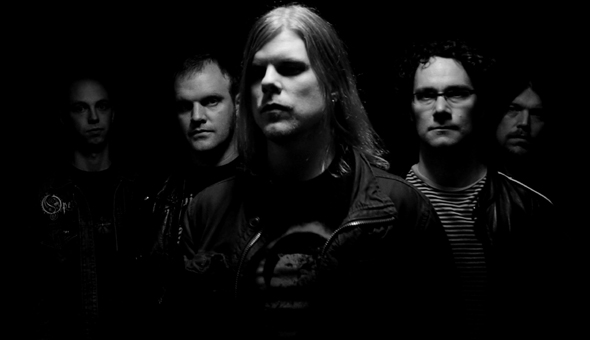 After 11 years of absence October Tide are back with a new album. Fred Norrman talks for the comeback and the band’s new record as well.

Hello Fred, welcome to www.metalpaths.com and welcome back in general…It’s really exciting to have October Tide back on track!

Hello and thanks! It feels very good to be back. I´ve wanted this for a while and it´s great to rehearse both new and the old songs as a band.

You’ve been absent and quiet for quite long time, but lately there has been a lot going on at October Tide’ s fortress! Let’s start with the new album “A Thin Shell”. It has been out a few days ago, where and when it was recorded ? Tell us all the details about it.

It was recorded in studio “Black Lounge” by my good friend Jonas Kjellgren who also ended up playing bass on the album. I wanted someone’s opinion when I was still writing so I showed my demos to jonas who thought it sounded really good, so he offered himself to record them even though we didn´t had a label at the time. Candlelight came in later. so we recorded whenever jonas got some time off in the studio, he´s quite busy so it took almost a year to finish it.

Big line-up changes also took place! After some circulations, you actually welcomed Tobias Netzell on vocals and Pierre Stam on bass (both coming from the promising Swedish act “In Mourning”), as well as Robin Bergh on drums and Emil Alstermark on guitar. How did this happen ? Why these four people and not some already established partners in music industry? What was the thing that lead you to these four people ?

I knew Robin and emil since earlier and knew they were looking for a band to play in. Jonas suggested Tobias since he had been recording with in mourning in Jonas studio. I wanted someone who reminded a bit like Jonas Renkses’ vox on “Rain Without End”, and Tobias does the job very well. Later on Tobias suggested Pierre, so here we are today as a full band.

Now that the line-up has taken its new complete form, do you believe this will effect October Tide’ s music direction ? How does your new album sound to your ears ?

No I don´t think it´ll change the direction, of course the new members gonna contribute with their own style, Robin with his type of drumming and Tobias with his way of doing vocal rythms but that´s only positive I think. to my ears the new album definitely sounds as a continuation of OT.

You have also recently signed with a worldwide record label. What are the expectations from this cooperation?

That they do what they are suppose to do. That they promote it the best way they can. It´s also in their interest the album sells good. 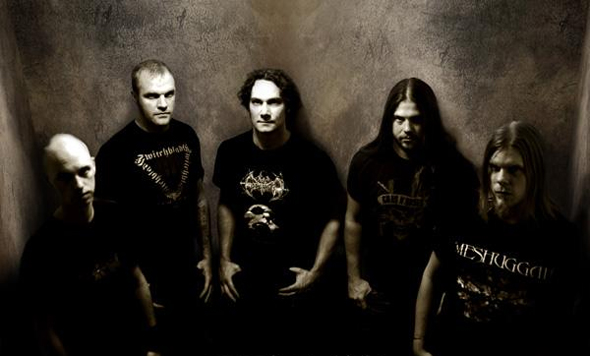 Let’s go to another question area now! You and your brother went off from Katatonia, in a quite peaceful manner, although in an unexpected time period – after finishing Katatonia’ s latest album last year – and Jonas Renske no longer participates in October Tide. Are these two facts related in a way? What are your relations with Katatonia now that you no longer participate there ?

My relationship with the kataboys are still good. I had to quit for personal reasons. I had 15 really good years in the band and I would have loved to get 15 more. OT was only meant to be as a sideproject, but things change and I´m having a good time with OT as well

Working on a full band such as Katatonia, since almost their beginning, certainly has to have given you a great amount of experience. Can you describe us the worst and the best experience after so many years of touring and recording… Will October Tide ever look forward on that side of music industry ?

The best experience was ofcourse being part of the best band ever and experience both good and bad things. The touring part have been amazing, travel around and meet all these cool people as we call fans. The bad things you tend to forget but I guess it was for the good in the end anyway cause you probably learned something from it.

Now that you’ve been actually reborn, I mean the new album is out after 11 years of absence. Do you think it is time for October Tide to be out on tour for the first time ? I think many people that follow you and your music,will be excited if this happens for real, since you’ve never performed live before keeping a low profile for yourselves and the band as well. So, please tell us your plans on that…

We actually did our first gig at hell´s pleasure fest this summer. We also have a few gigs planned this autumn/winter. I will never say never but we´ll probably not gonna do any longer tours since this was the main reason why I had to quit katatonia. But we are gonna do weekends and shorter tours hopefully….if anyone wants to see and hear us.

What is the feedback for all the latest movements October Tide has made ? What does the press think of ? What do your fans think of and of course how do you feel about all these changes ?

It has been very very good actually, much better than I ever expected. Even the bad reviews are still quite good haha…and most fans seems to like it as well. A band should change their sound, at least a bit. It´s like 10 years since I last wrote anything for OT so ofcourse it sounds a bit different today but i think the OT feeling is still there.

Thank you for your time, and hope the best for October Tide’ s future!

Thank you too for the interview.