Throughout their 9-year-existence, Suicidal Angels have managed to make an important impact on the metal scene, resulting in a contract with Nuclear Blast. On the ocassion of their new album “Dead Again”, the drummer of the band Orfeas talks with Metalpaths.com

What is your experience from Nuclear Blast so far? It must be a dream that came true isn’t it?

Nuclear Blast is everything a serious band could ever wish for. Professionals that know how things should be done and focus on their target; which Is to promote their bands and care for their needs. We were, and still are, very pleased with our collaboration since both sides earned something out of this. 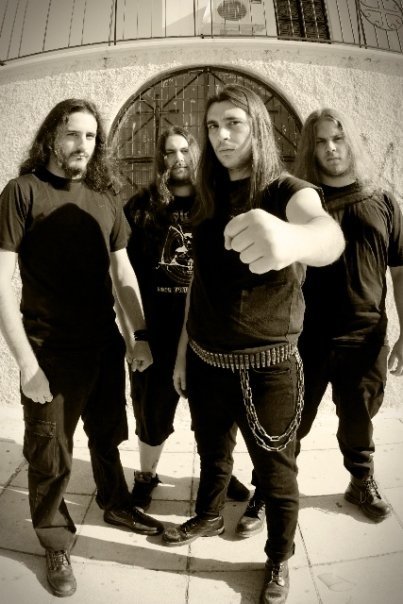 Do you think that big record companies can offer more opportunities to a band?

Facts are facts. A big label can offer the band better distribution and advertising. On the other hand though, a band must live up to the label’s expectations and make good use of it. You can’t expect to reach high goals just because someone else is drawing the public to you. If you worth shit, people will find out sooner or later, and the label too. By the end of it, it all comes to what YOU are willing to do for your band. If you can’t sacrifice things to raise your music, no one will.

It seems that Nuclear Blast bets a lot on you. On the other hand many fans call you the new force of thrash metal and as I can see there is a great response by the fans and the media worldwide. How much pressure does it bring to you? Were you prepared for such a quickly success?

We feel the pressure you’re talking about on our shoulders daily. Our band has gone to the next level, low still, but we’re striving to rise and do important things with our music. True, the label, the management, the fans, the media, everyone expects things from you. And we know it the moment we won the RockTheNation award last year, that things were getting serious, and we were ready for it.

So before start talking about your new album I’d like to ask you about “Sacrify The Darkness”. Are you satisfied with the result? Did this album reach your expectations?

I don’t think we will ever be able to be fully satisfied with an album of ours. We always find something that could be improved, either regarding the sound, the production, or the song itself. We were satisfied with “Sanctify…”, still are actually, but a year after recording it, we know we would have done things now a whole lot different. It’s a very nice album though, the fans liked it, we like it, and that’s the most important thing.

Tell us a few things about the new album, how long did it take you to complete it and how the composing and the recording process were?

It took us about a month to compose the majority of the songs, about 80-90% of “Dead Again” was ready by the end of August 2009. After touring with Kataklysm and Belphegor on January and Overkill on February, we added some finishing details, and we booked the studio for June 2010. Within two weeks, the recordings were finished. The composing process was really fun, it was just a long jam and a river of ideas that we formed into songs. That’s probably why the album sounds so live brutal, it’s as raw as it can be! The recordings on the other hand, were over really fast since we were fully prepared. We didn’t waste any time trying to figure out parts or working on riffs or ideas. Walked in and out of the studio just like that.

What do you expect of this third album and how would you describe it to the fans?

Well Lia of Mystic Prophecy did a great job once again, and we expect the fans to like it as much as we do. Forget not, that above all, we are fans ourselves. We genuinely like this album as a good thrash metal album. So take it from us, from thrashers to thrashers, this is some good music, the way we like it, with the feeling that the genre is missing generally. Raw sound, fast riffs, exploding breaks, chaotic solos, and all the headbanging you will ever want.

Performing along with great artists must have been a great feeling which many bands would envy. Can you recall a specific incident when meeting a well-known artist/band that you will never forget?

We don’t want to ruins an artists image for a fan that things highly of him. But we’ve met some important personas for us, like Slayer in Sonisphere, or Overkill on the February tour, Kreator, Bolt Thrower (with which we had the honor of sharing the stage 4 times), Schmier of Destruction who’s a good friend now and fucking heavy drinker, and lots of other that we can’t recall right now. All these moments are precious to us and it would be a shame to try and pick out just a few.

You have characterized your music as pure old-school thrash metal. Do you think that thrash will survive under the constant appearance of new sounds? 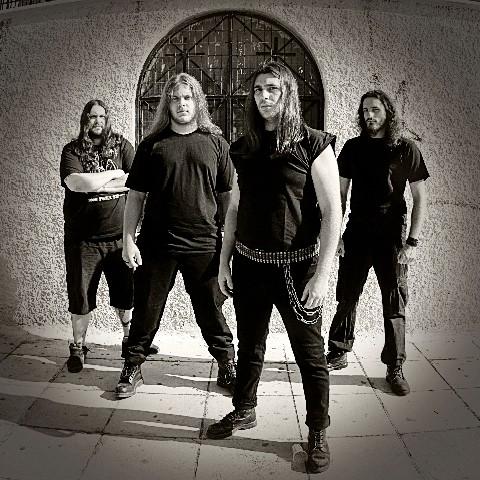 Thrash doesn’t need to survive, it was never threatened after all. Thrashers are loyal and faithful and no matter how many new sounds will come up (which by the way are greatly influenced by thrash metal even though it’s not admitted), thrash metal will not lose any fans. Those that have come in touch with the genre just because it’s become kind of a trend are more than welcome, but the oldschoolers will never die!

The bands you mentioned have indeed left their mark on the scene, especially Rotting Christ, and should be an example to younger bands like ourselves of the devotion it takes to actually achieve something important. Regarding the greek underground scene, there are bands that have quality stuff to show, and the whole scene has nothing less than other europan scenes. Fact of the matter is though, that young bands are not willing to work for what they want to accomplish, they just expect to be signed as if by miracle, or book a sold out show just be releasing an demo, or tour with big bands without first touring small clubs. Anyway, I think the point here is clear, nothing will be handed to anyone without working for it.

How much difficult was for you to “jump” from the underground Greek scene to the worldwide music industry? What’s your advice for the newborn bands?

Well we had started touring abroad a long time before we got noticed by the majority of the media and we were already trying to make a name for the band among the foreign underground fans. Our shows in Greece were quite limited so you might say that we had broken off the local scene some time now, even though many won’t admit it or acknowledge our struggle. The transition was tough, even after we received the recognition of the media, still we had to work our asses off to earn fans and slowly form a core of people that would come to our show even if we were the only band playing. We don’t want to give advice, for one would blame us if he follows it and yet never accomplish what he desires. Just a suggestion that worked for us and all the other bands that we’ve seen rising above the average: Mind your own business and work with humility and respect to those who deserve it.

Once artists get to gain recognition, they often feel the necessity of continuing being successful, since they are “expected” not to present anything less qualitative than their previous work . Have you ever felt this kind of pressure when composing and writing?

We never felt any pressure regarding our material. Even if there was any, we always do what we like and write songs in accordance to what sounds right to our ears. We won’t change our music just because someone finds it “non-commercial” or of low quality. We define the quality of our work and we have set our personal standards high. If we, at some point, are unable to reach these standards, then rest assure that we will stop playing music and go home.

When forming the band, back in 2001, what were your expectations? Do you think that your goals have been fulfilled?

As we said before, we set our own standards, and we have a tendency of setting them higher and higher with every record or gig. Some of our goals have been fulfilled, yes, but we are very far from saying “That was it, we can die now”. We started back then with a single passion, to play the music we like the way we like it, and it’s still that passion that drives the band forward.

So what are your future plans?

Our future plans involve touring with Kreator, Exodus and Death Angel as part of the Thrashfest tour which will kick off in about 4 days from now, then take a small break and work on some new material we have for our 4th album, then another tour that it’s not 100% booked so can’t say more about it now, then some summer festivals and so on.

Thank your for the interview Orfea. The last words are yours.

Just want to send out a big “HEY” to your readers. Thank you for having us and for this interview. Thrash till Death!