German thrash metal legends Sodom are back with a new album that’s going to “sodomize” you! Tom Angelripper talks to Metalpaths about the upcoming release and other interesting things around the band and thrash metal in general.

Hello Tom and thank you for the chance of this interview for Metalpaths! How are you?

I’m very well, too, thank you!We are happy that we saw Sodom a few days ago in Thessaloniki and what could we say about that…it was a totally explosive live and we had a great time! Did you enjoy performing for the Greek fans? 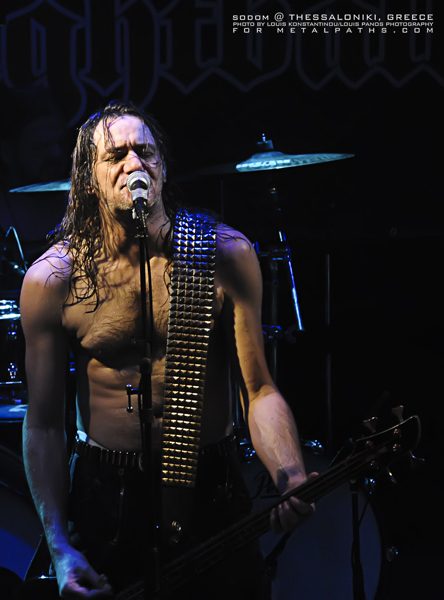 Oh, yeah, Thessaloniki is always a good place for us. Well, explosive…that’s a good word! The audience is really crazy and we always enjoy that. It was very hot on stage, you know, I’m really satisfied from the show.

How many times have you played in Greece? Do you remember a particular time more vividly?

How many times… I don’t know, it could be 20 times! In fact I think that Sodom was the first German band that played in Greece, that was in ’88. I remember the first time, there were about 2000 people coming for the show and at that time we realized that Greece is a very good place for heavy metal bands. And this time in Thessaloniki,it was like sitting on a time-machine. The people are really crazy! You cannot compare it to Germany; if you are a German fan, you can see any band anytime, all the bands are touring around Germany. Greek fans are expressive, keeping the 80’s spirit. We’re looking forward to coming back.

Is there a specific place where you prefer playing at?

I can’t pick one out. There are some countries, like Greece,Italy and in South America where people are getting really crazy, but we like playing everywhere. There are some countries we’ve never been to,like south Africa and I hope we get the chance one day to go there. We’re always looking for special places, like Thailand for example. We play a lot in Germany but we should try to go some more off Germany.

The new album “In War And Pieces” is in our hands, at last! Why did it take so long,really?

Yes, it’s been four years since the last official Sodom release. You’ve heard some rumors about our record company,about financial problems. Well, there lies the reason why we couldn’t do our new album. We always have the option to make a new album, bring it on and wait for the green light from the company. We didn’t get it. Four years is a long period. We’re starting nowadays a new contract with SPV for manking new albums. I don’t want to wait another four years, you know.It’s good making a new album every year or every two years.

So, about SPV, we saw several artists leaving it, however you remained there. 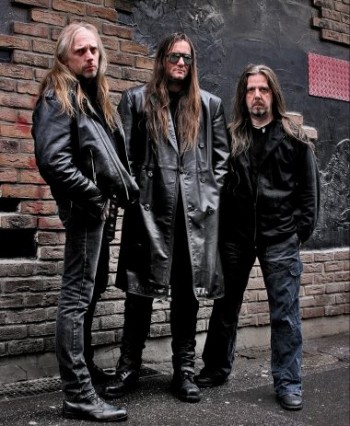 Yes, a lot of bands are gone,Kreator are gone…I wanna give them a chance.We talked with their promoter,he’s a metal fan, and he said: “We want to keep going on, we want to be a metal bands label,so why don’t you give me a chance and leave SPV”? Ok, I get some offers from other labels, too, but I gotta stay with SPV because we’re together since ’84, we got the first contract and I’ll never forget what they did for the band. Why not give them a chance?

About the new album, would you characterize it as a classical Sodom album?

It’s always a classical Sodom album. We don’t want to copy ourselves and you can’t compare it to any other older production, like Agent Orange for example. I saw some reviews “It’s better than Agent Orange” or “It sounds like Agent Orange”. I don’t wanna hear that, you know. We’re just doing new songs, even the latest Sodom release was a great album with very very good songs. At this time we do the music we want to. I know exactly what we want. We need a big production with big drum kit and guitars more close up to the ears. We did a kind of pre-production, two months before we started the recording. That brings a very good result in the end.

It’s understood through Sodom’s thematology that you are concerned about political/social issues. Does “In War And Pieces” carry simmilar considerations?

Yes.I think Sodom is sort of political band. If you’re watching tv news,read newspapers, you see that what’s goingon in the world is so bad some times, this is very tragic. For me it’s very goodif you write lyrics about it. It’s very important to stress up themes like war,economical crisis, sexual abuse, staff like that. However, you will not find any political opinion in our lyrics or when we’re on stage. Life is a big inspiration for me,there are so many things going on in the world and we have to write songs about it.

Do you wish to influence your audience through such thematology and maybe make them think twice about what’s going on in our society?

I cannot change it. But Sodom get always contacted by fans after the shows and they are interested in our lyrics and my political opinion,so we can talk about everything. Thereare new generations of metal fans at this time and I try to talk to them,I try to explain the lyrics,even old lyrics. But I can’t explain what I hate or love or what’s my inspiration for the lyrics.I’m not politically active, I never find the time to do it. So, if I’m not politically active, I can’t change anything at all. You know, in Germany there are so many bad things going on, and I have to write lyrics about it. I hate these cliche lyrics like “I love metal” and “swords of steel”, these are not lyrics.We are a thrash band and we have to comment. 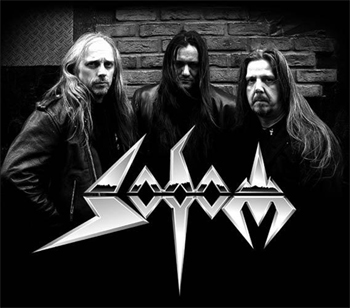 What are your expectations from the new album?

Well, I think we’ll never get rich from buying or selling records, but if you’re a fan and gonna buy the new album, I want you to be satisfied with it,not disappointed. We wrote new songs but we tried to keep the spirit. My expectation is that we have success. We had some wonderful reviews from magazines and I got many e-mails from Sodom fans who bought the album and are really satisfied. And if the fans like it, well I’m satisfied! That’s the most important thing, you know. We do music for us and for the fans, not for any companies or any magazines.

We have seen that record sales have declined,probably due to extended use of mp3s and internet devices.On the other hand,through this same way, bands have the chance to be more popular and have their music more easily spread. What’s your opinion on the subject?

Well,that could be a problem.I realized taht “In War And Pieces” came out on the internet for free, four days before the official release last Friday, and I hate that. I know, if you are poor, for example in Thailand people can’t buy any albums, and if you are a metal fan, what can you do,when your only chance is to get it from the internet? Otherwise, you go to youtube, find out what you like and then go to the store and buy it. The fact is that we can’t stop it. It’s bad fo the whole music industry, for the whole field. But we’re metal fans and like buying the originals. That’s what we can do. Moreover you can’t appreciate an album’s artwork through the internet. I know there are many fans, in Greece too,who collect vinyls. I don’t know how much vinyl copies the record company produced,but they are already sold out in a very short time!

We’ve been cataclyzed by new trends in metal through the last years. You, as pioneers of thrash metal, how do you respond to it? What do you think about the thrash scene today?

Thank you so much for the interview Tom! Would you like to say something to your Greek fans?

We want so much to come back to Greece. We have touring plans and we heard there is a chance for a festival in Greece in May, I think. I’m not sure but we want to come back as soon as possible, we had a great time. We got so much support from the Greek fans, they love Sodom, love our music, so why don’t get the chance and come back?

Thank you Tom, we are looking forward to seeing you again!

Thank you, have a nice day!